See world-class pro wrestling (at a nightclub), play bingo (at a bar) and warm up with local metal this weekend. 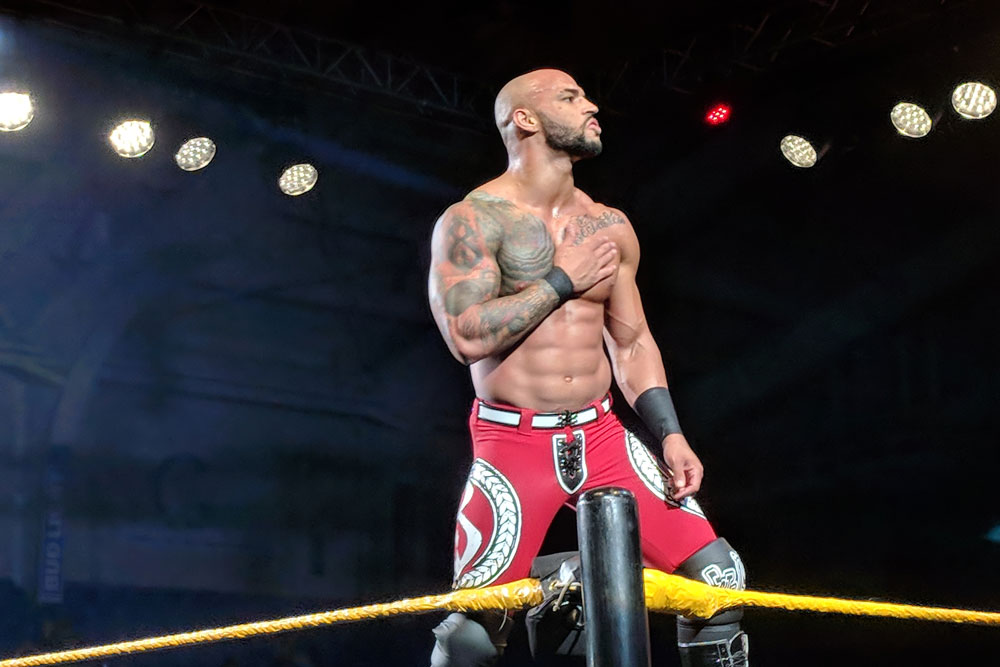 My longtime obsession with professional wrestling — now in its 27th year! — has led to a tenfold increase in squared-circle coverage in Pittsburgh Magazine, an uptick for which I will not apologize. However, I understand that these mentions may not have converted many people into diehard fans themselves; you either grew up with spandex-clad fighters pantomiming good and evil, or you didn’t. Few things can make a fan out of an adult novice.

WWE’s NXT roadshows, however, assuredly can.

These events take wrestling out of large arenas and into the smaller halls where the show belongs — in Pittsburgh’s case, Stage AE. Pro wrestling is much different in an intimate venue; crowds will hurl encouragement at the heroes and abuse at the villains, and the performers will respond in kind. Brawls and aerial attacks will land within inches of the crowd. Most importantly, you can see the action in detail, a far cry from the distant vantage point you’d have in a large arena.

NXT’s roster features some of the best wrestlers in the world, along with up-and-coming stars; the first such show at Stage AE featured Becky Lynch and Charlotte Flair wrestling for a crowd of about 800, five years before they would headline Wrestlemania for a crowd of 80,000. It’s a great time. Be warned, however: It might make a wrestling fan out of you.

Bingo does well in a bar. The apt mental image of the game — easily the tamest form of habitual gambling — places bingo in a vast, harshly lit fire hall where letters and numbers are announced through a mid-century speaker system by a disinterested emcee. But consider what kind of game you want (if any) while sitting at a bar. It shouldn’t dominate your attention; it shouldn’t disrupt the conversation. It shouldn’t take up much real estate on the bar surface. Hence Bingo Bango, Spirit’s long-running Sunday-night game. (For more on current developments at Spirit, see Hal B. Klein’s post on the establishment’s Sunday Brunch.) You’ll win some absurd and occasionally useful prizes, sure, but Bingo Bango’s role is more a fun enhancement for a night out at one of Pittsburgh’s best bars.

It’s rare to find a modern comedian whose jokes are considered “clean,” but that’s what makes Jim Gaffigan stand out. The stand-up comedian, actor, writer and producer brings his comedy tour, “The Pale Tourist,” to PPG Paints Arena this month — expect a set lacking profanity and full of dad jokes. — Jesseca Muslin

I can explain (at length) why metal is great in the dead of winter, but the Facebook event for this show sums it up in seven words. “Warm Your Buns and Bang Your Heads” commands Reign of Z, a locally born metal outfit distinguished by the soaring, dynamic vocals of Zosia West. Their EP, “Mirrors and Memoirs,” can be heard on Spotify; it’s a winner, with a bit of industrial flavor and some just-right solos. They’ll be joined by a trio of bands at Mr. Smalls Funhouse, one of my favorite venues.

Art
Revelation: A Conversation on Andy Warhol and Religion
7-9 p.m. Friday
The Warhol

Held in conjunction with “Andy Warhol: Revelation,” an exhibition at The Andy Warhol Museum that examines Warhol’s Catholic faith in relation to his art, this conversation between Erika Doss, professor of American studies at the University of Notre Dame, and Paula Kane, professor of religious studies at the University of Pittsburgh, will take a deeper dive into what religion meant to the Pittsburgh-born artist and how his beliefs shaped his art. — Jesseca Muslin