Get some out-of-season terror, revisit a cinema classic on the big screen and think (Mid)summer this weekend. 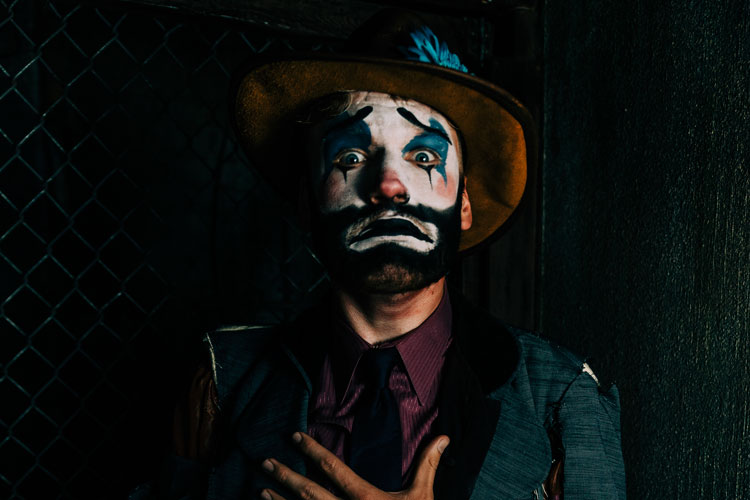 The Best Reason to Leave Your House This Weekend
The Basement
Fridays & Saturdays Through March 28
2420 Penn Ave.

Way back in mid-September, the nationally lauded fright maestros at The ScareHouse were ready to roll out their annual high-intensity haunted attraction, The Basement, and debut a new escape room. (We even previewed the Escape Room days before it was set to open.) Prolonged difficulties with licensing and city officials, however, led to a delay; frustratingly, this hiatus stretched well past Halloween.

Last week, with the final bureaucrat at last satisfied, the new facility opened in the Strip District. If the crowd present for the first few scares was any indication, the delay did not dampen enthusiasm; a Valentine’s-night group of thrillseeking couples lined up to wind their way through a series of scenes ranging from exorcisms to mock confessions. And when one ghoul produced an unexpected … you know what, I won’t spoil it.

The Basement, as always, is for seasoned haunt fans; this is an attraction where you can and will be touched, blindfolded and trapped. (Safely, always.) If that’s all a bit much for your sensibilities, but you’d still like to see the new digs, the escape room — “Stalked By a Killer” — is more mild fare, still packing some frights but accessible even to the jumpy.

I’ve been enjoying the TCM Big Screen Classics series, a lineup of vintage cinema presented in theaters nationwide by cable network TCM and screening company Fathom Events. Every few weeks, a new favorite is revived for limited showings, accompanied by an introduction and wrapup by host Ben Mankiewicz. Thus far in 2020, I’ve seen “An American in Paris” (fantastic) and “Love Story” (…dated).

Later this year, look for revivals of such hits as “The Shining,” “Airplane!,” “Annie” and the original “King Kong.” This Sunday, the spotlight turns to Steven Spielberg’s Oscar-nominated “The Color Purple,” an adaptation of Alice Walker’s acclaimed novel. I’ll leave it to Mankiewicz to introduce the film but give a hearty endorsement of both the film and the series itself.

The TCM Big Screen Classics appear at a number of local cinemas, including most Cinemark locations and South Side Works. (Note that South Side Works only offers a 5 p.m. showing.)

Nearly every production of Shakespeare’s fantastic comedy is staged, appropriately enough, in the summer. But we have plenty of summer in the summer. Do you know when we don’t have much summer? The dying days of a Pittsburgh winter, that’s when. Brighten those bleak days with this always funny classic, featuring a loaded cast including Shammen McCune, Allan Snyder and Martin Giles. Alan Stanford, PICT’s artistic and executive director, takes the helm.

While we’re not generally in the habit of forming emotional attachments for out-of-market NHL teams, we’ll make an exception for “The Fan Connection,” an award-winning documentary following three diehard fans of the Buffalo Sabres. The film, directed by Carnegie Mellon University grad Mary Wall, explores the connection between rooting for a team and rooting for a city itself — and plenty about fandom and hope in rust-belt Buffalo will look familiar to local audiences. Wall will attend the early screenings Friday and Saturday at McKees Rocks’ Parkway Theater.

While the word ferment usually makes me think of mold, the list of yummy foods and drinks that are fermented is vast: yogurt, sauerkraut, pickles, bread and wine, to name just a few. The fifth Pittsburgh Fermentation Festival, held at Spirit, will feature local fermentation artisans, make-your-own activities and demonstrations, performances and a fermented food contest, all to influence the growth of fermentation culture in western Pennsylvania. — Jesseca Muslin