The first game from the ScareHouse team, "Stalked By a Killer," combines escape-room structure with haunted-house effects. 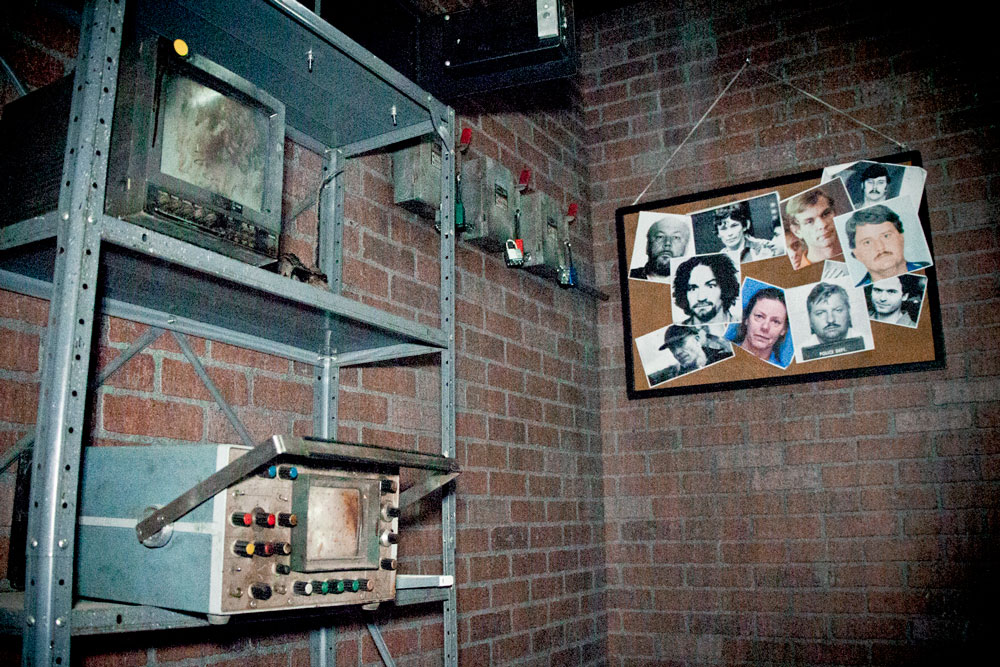 I’ve been to enough escape rooms to kind of know the ropes — look through the stuff, find the clues, figure out what they relate to. So when I entered the second portion of “Stalked By a Killer,” the first game from the ScareHouse team, I offhandedly suggested to a friend that she check and see if anything was in a nearby corner while I fiddled about with a combination lock.

I expected her to find some hints and probably a handful of red-herring decorations.

I did not expect a life-size dummy, rather convincingly costumed as a mutilated body, to tumble out of the cabinet onto her. Judging by her confused wail, she appeared to be somewhat surprised as well.

I should’ve known that this was no ordinary escape room. The ScareHouse, nationally ranked among the best haunted attractions, has long refused to do anything conventionally, from their intricately themed and theatrically designed haunts to their daring, boundary-pushing Basement experiences. A ScareHouse escape-room game has to be more clever, more twisty and — obviously — scarier than the average.

The “Stalked By a Killer” title spells out the premise for you: A maniacal murderer has trapped you in his lair. He’ll be more than happy to add you and your friends to his extensive list of victims — several of whom will provide posthumous help in your quest — but is up for a bit of a challenge, so he’s giving you a chance to survive. He’s released poisonous gas into the room that will suffocate the lot of you in 60 minutes … unless you manage to unlock the levers which will release an antidote.

There are frights and uncomfortable tasks in “Stalked By a Killer.” If you hope to survive, you’ll have to put your hands in several places you’d much rather regard from a distance, and there are moments that will likely make you jump out of your shoes. Nothing raises the event to the intensity of a normal haunted house, though; these are spooks more likely to give you a chuckle than a nightmare.

The task at hand is challenging, however. I’d recommend finding a fairly big group of friends — the room accommodates up to 8 guests — so that you can divide and conquer. If you take each problem one at a time, you’ll certainly watch the clock tick down to zero before you get close to freedom. (Three hints are available to those who need some guidance.)

“Stalked By a Killer,” which is scheduled to open to the public on Oct. 10, is not a short-term attraction for the Halloween season; it’ll be a permanent fixture at ScareHouse’s new Strip District (sorry, “Scream District”) facility. Under the title Bold Escape Rooms, a second room is planned for later this year; that one will not have a horror theme, so those deterred by the light-gruesome nature of “Stalked By a Killer” will have a room of their own.

I’m only giving you help at a level that I required, which is to say: Very, very basic help. But in the spirit of things, I’m not going to spell it out for you.

Categories: After Dark, Things To Do
Tags: halloween, scarehouse, things to do