Owners of the Downtown bar and eatery have given out more than 3,500 meals to service industry workers since the COVID-19 crisis began. 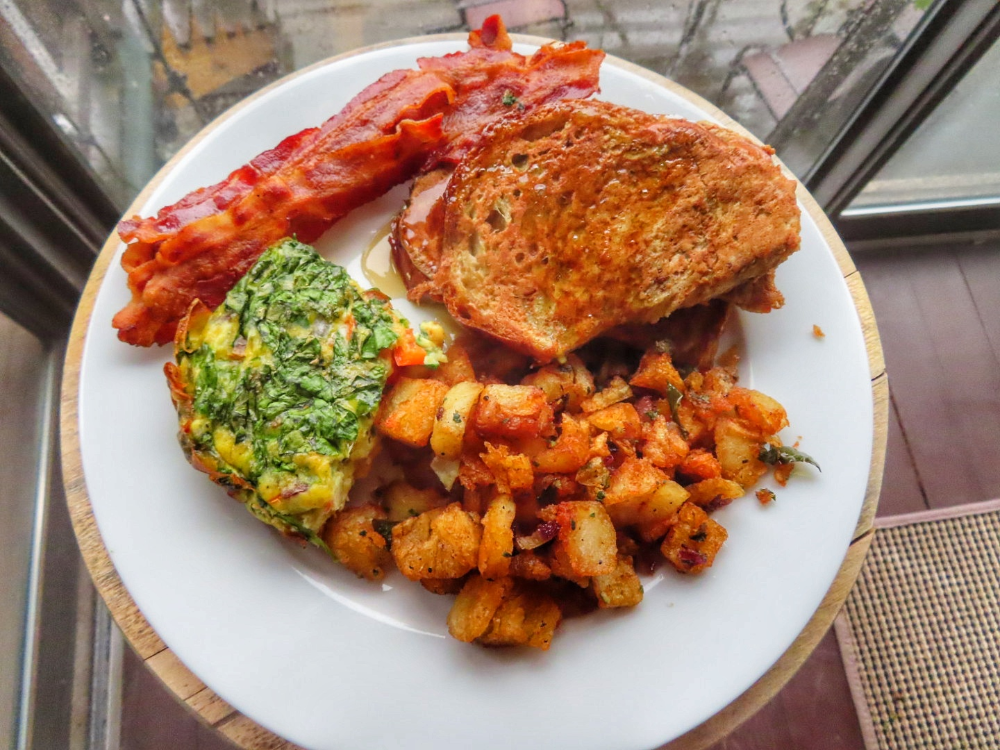 Within a few days of Gov. Tom Wolf’s March 16 order prohibiting dining inside restaurants, thousands of western Pennsylvania service industry workers were laid off. Members of the tight-knit community quickly started to organize efforts to help one another. Among them was Spencer Warren, co-owner of The Warren Neighborhood Bar and Penn Cove Eatery. On the 20th, he posted an offer for a free meal, plus a shot of whiskey, for any service industry worker who wanted one.

Although only 20 or so people took him up on the offer, he did it again the next night. And the following one. He’s handed out free dinners every single night since then. Warren estimates he and his team have given away more than 3,500 meals in the process. “I didn’t expect this to be as big a thing as it’s turning out to be,” he says.

It started because restaurateurs didn’t want their perishable food to go to waste. Warren secured donations from several establishments; Atria’s, Juniper Grill and the Brugge restaurants (Point Brugge, Park Bruges, Brugge on North) were among the first to offer what they had (and all remain involved today).

“We just went straight into food prep mode,” says Amy Beatty, part of the 10-person crew that prepares and hands out the meals.

Suppliers such as Gordon Food Service and producers such as Breadworks are now providing ingredients. Additional food purchases are funded through private financial donations. Warren, an instrumental figure in Pittsburgh’s craft cocktail revolution, has longstanding relationships with liquor companies; they are sponsoring meals and contributing supplies so that the tradition of a free shot (to those who are of age) that started on the first night continues apace.

That shot is part of what helps keep the mood light. Although the staff is taking all necessary safety precautions (the shot cups are disposable and any “Cheers!” comes from a 6-foot distance, for example), they’re doing their best to make it feel more like a community moment than a handout. “To have someone that says, ‘It’s nice to see you, here’s a good meal and a shot if you want it,’ it raises the spirit,” says Beatty.

Meals lean toward comfort food — think breakfast-for-dinner, tacos, French-bread pizza and meatloaf — but also include more elaborate dishes such as mussels frites. There’s always a vegetarian option, too. And while it primarily is The Warren’s culinary team doing the work, a guest chef such as Josef Karst of Atria’s or Justin Steel of Bar Marco occasionally will step in.

Much of the weekly menu planning starts on Mondays when Gordon Foods lets them know what protein to expect. There’s a certain amount of creativity involved, too. A large gift from Breadworks means the week could be meals that revolve around the cycle of bread — sandwiches the first day, French toast the next, a salad with croutons the following night and something with breadcrumbs after that.

Warren estimates that about 100 people are coming for meals each night. Longtime industry worker Paul Sief typically drops off another 20 to 30 meals to people who don’t feel comfortable traveling Downtown. The menu is announced each day on The Warren’s Instagram.

“Our industry was tough already. People had to live paycheck to paycheck. So we need to pull together to help each other,” Warren says.

Recently, that help has extended to healthcare workers. Warren is among several Pittsburgh restaurant operators working with Frontline Foods Pittsburgh to provide free meals to healthcare workers battling the COVID-19 pandemic. “Whenever they tell us they need it, we do it. We try to make those fresh and healthy, quick and easy to eat,” Warren says.

The Warren and Penn Cove Eatery also have their restaurant menus available for purchase. The bodega inside Penn Cove is one of the best options in town for procuring wine, as well as vermouth and other low-ABV spirits. Those sales are helping Warren retain his staff.

As for the meals, they’ll continue every night from 6 p.m. to 9 p.m. for the foreseeable future. “I’m doing this until the crisis ends or I run out of money. Those are the only options,” Warren says.