The Maine Event: This Fighter Won’t Quit on Her Dream 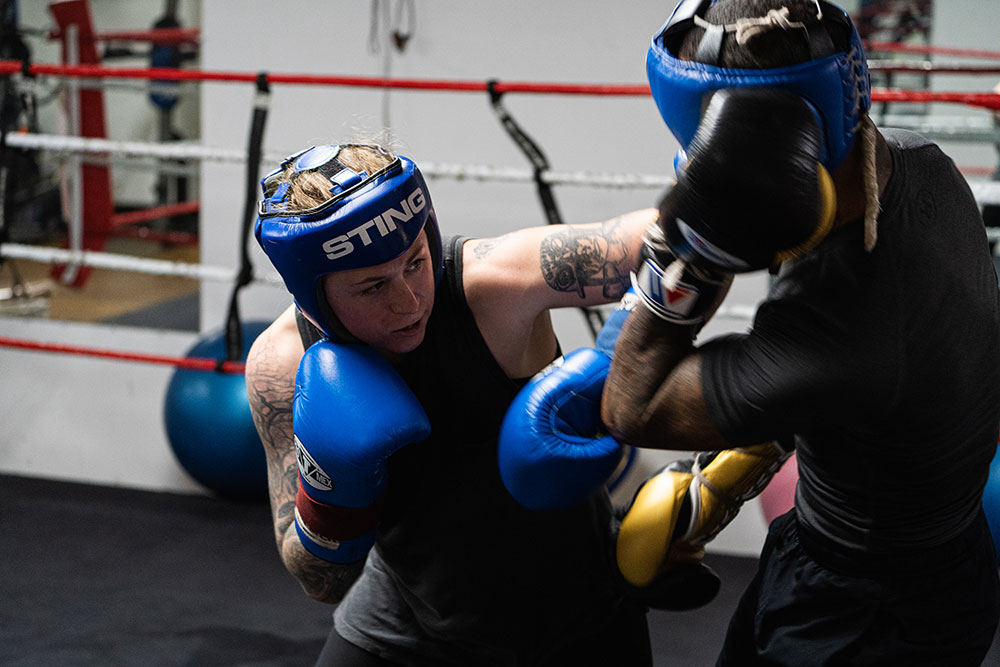 On the drive to a fight, boxer Rebecca Maine needs music. While she’s having her hands wrapped, she needs it again.

Then the music stops.

Maine, 28, drops herself into the sounds of the venue to meditate. “I want that to be what I’m used to,” she says, “just kind of be OK with my surroundings.”

Inside the ring, her only thoughts are about boxing. Keep your knees bent, elbows in, hands up. Don’t get hit. Roll from defense to offense. Throw your punches straight. Every ounce of Maine’s physical energy propels those mental directives.

Seven years ago, Maine found the concept scary and overwhelming. “There are so many things that go into it,” she says. After encouragement from her mother, Maine started boxing four weeks after committing to sobriety; she’s a recovering heroin addict. 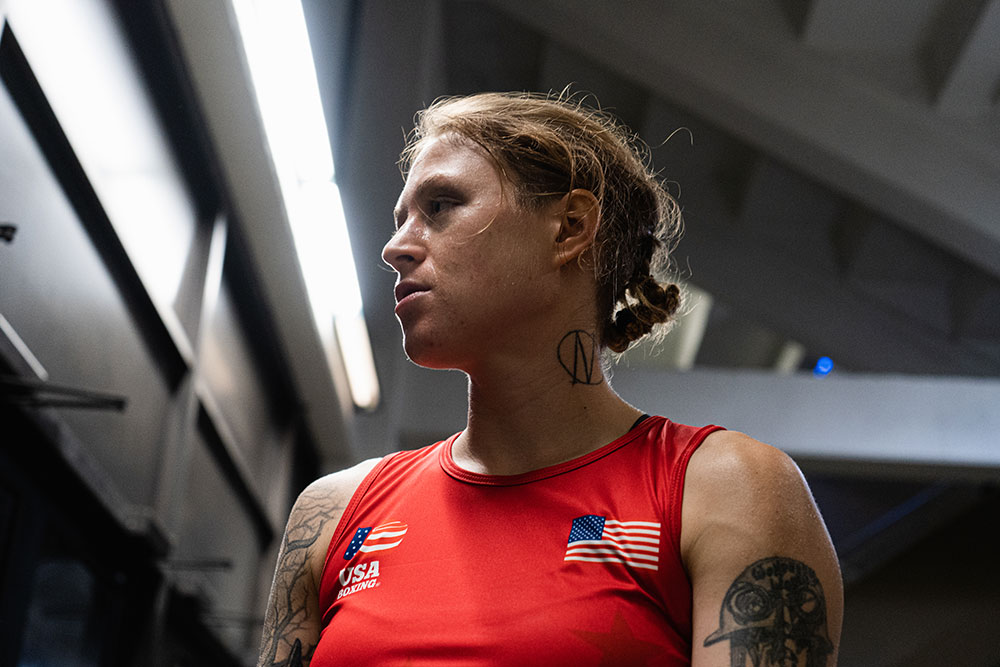 She wasn’t athletic, having always preferred painting and playing music. She wanted a sport “where I could feel positive about myself physically — because the physical and mental are completely connected.” Boxing worked.

“I loved getting the anger and aggression out,” she says. That release was “what I needed at the beginning.”

Many people box for fitness; Maine knew early on that she wanted to compete. It took a couple of years to build both her physical health and basic skills. She had always been clumsy, so even the act of learning how to balance took determination.

Once she started competing in 2014, Maine came up against another problem: There weren’t many women boxers around her hometown of Punxsutawney. She was studying at Penn State DuBois to become a physical therapy assistant but decided it was worthwhile to train in Pittsburgh every other day — a two-hour drive, each way — and compete in the city. Maine trained with Jack Mook at Jack’s Boxing Gym in Ross Township as well as Ted Mrjonja at Gold Medal Boxing in Overbrook.

Maine had lived in Pittsburgh previously — a few years before recovery — but then she was “truly lost mentally,” she says. Boxing “was a necessary step moving forward in my life to create better memories” of the city.

Maine’s goal became to compete in the Olympics. Around the same time, she got an influx of attention for her addiction-to-redemption story.

“It was really hard to deal with that at first,” she says. “A lot of repressed stuff came to the surface.

“I want to present a positive image for people to look up to, [encouraging others to] do and be better. But it’s tough to have that pinned on you at times. I would definitely like to be recognized as a phenomenal boxer and not the girl who came from this.” 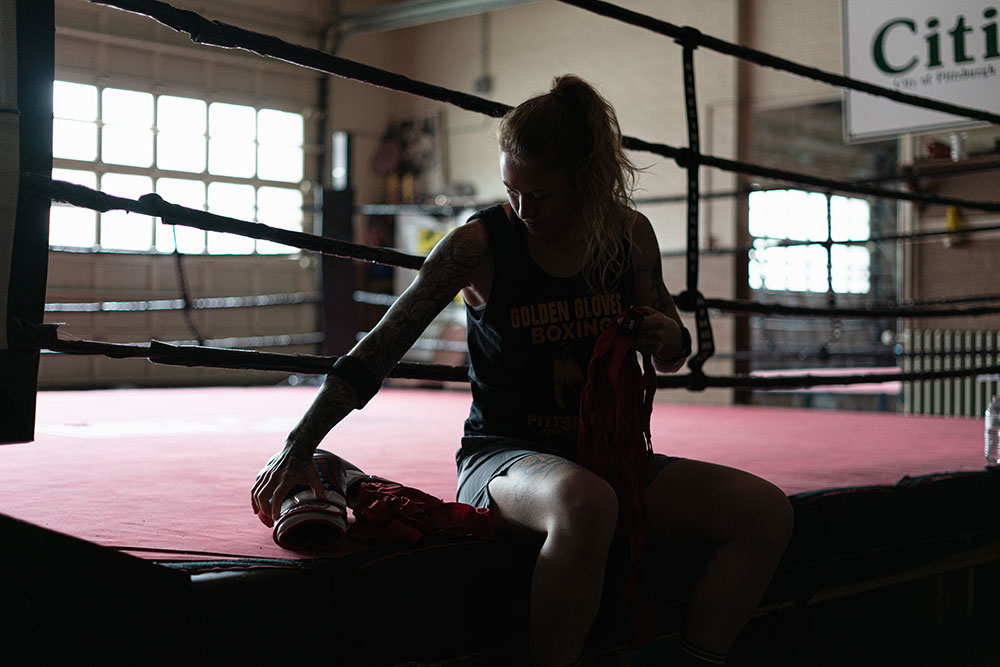 In early 2020, Maine moved to the Washington, D.C., area to take the next step in training: two to three sessions a day, totaling four to five hours. In addition to actual boxing practice, she runs most days and completes strength and conditioning training four to five times a week.

Maine fell short in her bid for a trip to the 2020 Olympics in Tokyo; she lost a preliminary bout in December at the Olympic Trials in Lake Charles, Louisiana. But those games have since been postponed to next year because of the global pandemic, so a woman who is used to second chances might have another one. Going pro is also compelling; it’s a change that would allow her to make money. But she says she has a good team now; going pro would involve a new set of people. “I definitely want to choose the right path,” says Maine.

“I want it to be done right, so I’m not rushing it whatsoever.”

This article appears in the May 2020 issue of Pittsburgh Magazine.
Categories: From the Magazine, Sports