The Impossible Burger is Coming to Pittsburgh

Burgatory will debut the plant-based "meat" burger at its six standalone locations next week. 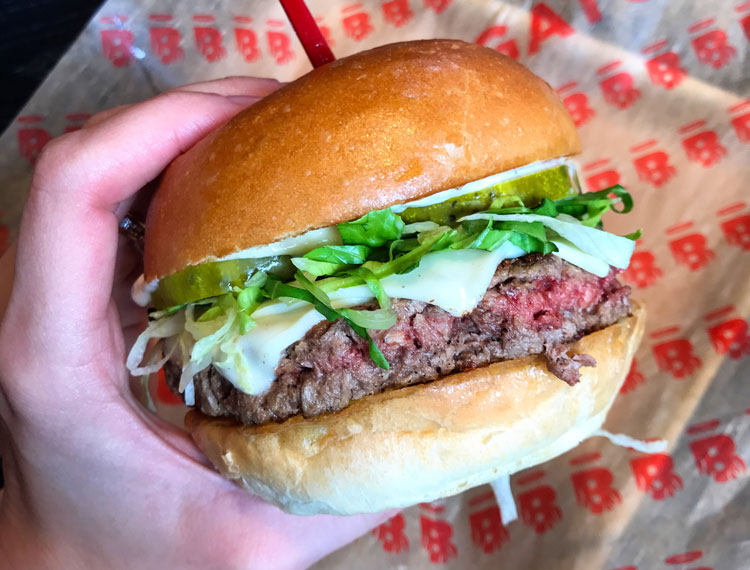 The Impossible Burger is coming to Pittsburgh.

Beginning this Monday, the plant-based hamburger will be available at Burgatory’s six standalone restaurants. These will be the first locations in Pennsylvania, and part of a very limited number of establishments nationwide, to offer the burger.

Impossible Foods began developing the Impossible Burger in 2011 and it first was publicly sold in July 2016 at David Chang’s Momofuku Nishi in NYC. A select group of establishments in New York and California were the only places you could try it until quite recently; the opening of a new production facility has allowed for expanded availability.

"We've been obsessed since we heard about it nearly two years ago,” says Burgatory co-owner Mike Hanley.

Unlike most vegetarian alternatives, the plant-based burger is designed to appeal to meat eaters as much as it is to vegan and vegetarian diners — that’s because it’s meant to be a meat substitute rather than an alternative.

The key to the burger’s flavor is heme, an iron-binding molecule that creates the pleasing meaty and metallic backnote and rust color in red meat. The creators of the Impossible Burger crafted a lab-developed version of heme by genetically modifying a yeast strain with leghemoglobin from the root nodules of soy plans and then fermenting it. [Like science? Check this out.]

Impossible Foods also uses coconut oil, a saturated fat that’s solid at room temperature, to enhance sizzle and mouthfeel as it melts. Potato protein helps the burger, which primarily is made of textured wheat protein, develop a savory crust via the Maillard reaction.

The Impossible Burger is a mighty close approximation to a fast-food hamburger, more “meaty” than any other meat-free burger I’ve tried. The heme adds a noticeable iron flavor, and, to a lesser extent, aroma. The Impossible Burger is slightly more earthy and mushroomy than a typical hamburger, and there’s a minerality that resembles a 100% grass-fed patty more than beef that’s grain finished. 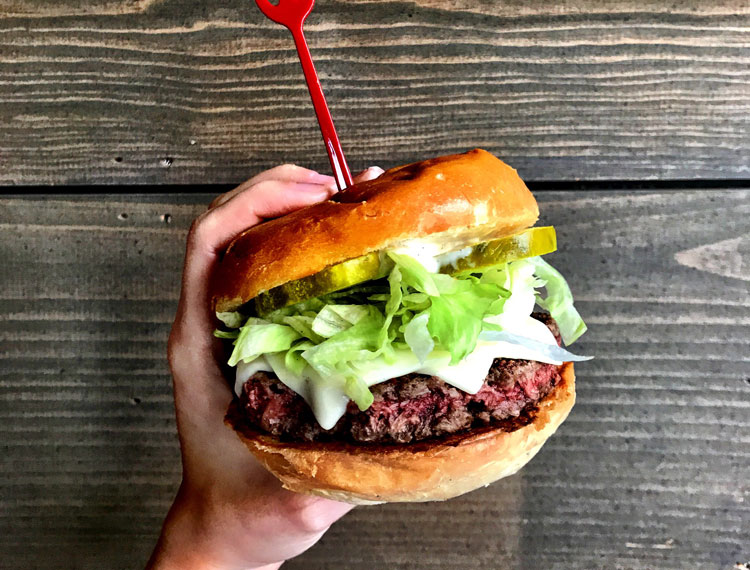 The burger’s texture also is quite — but not entirely — similar to a beef burger. It looks like hand-chopped ground beef. It changes color when it cooks. It has a greasy shimmer like a burger but without the greasy feel. It “bleeds” (though not as dramatically as advertised). The cooked patty is slightly squishier and a little more crumbly than a standard hamburger, but not dramatically so. The crust finishes with an intense browning, though it also is crispier than a beef patty.

All-in-all, you probably could pass this off as a beef burger if you didn’t tell someone it was lab-created “meat,” but, if they were paying attention, they likely would sense that something was slightly amiss.

Meredith Hanley, the company's director of communications, said she emailed Impossible Foods when the Impossible Burger first came to her attention a couple of years ago, but it wasn’t until several months ago that the company gave the go-ahead for Burgatory to carry it. Since then, Executive Chef Vince Piconi and his team been working with representatives to craft the perfect build for its Burgatory debut. "It smells and seers just like it would when you cook meat. It's a lot of fun to play around with,” Piconi says.

Burgatory initially will serve the patty ($13) with American cheese, shredded iceberg, dill pickle, "angel dust" (salt, pepper, garlic) and roasted garlic mayo in a Mediterra Bakehouse potato bun; it also can be prepared for vegan diners, and then if all goes well, will add it as an option for the chain’s signature individually customized burgers. "We want to stay simple and not mask the flavor,” says Piconi.

"People still view Pittsburgh as a meat and potato type of town, but people are now seeking out healthy restaurants, international restaurants and things you haven't seen before. People [in Pittsburgh] are open to trying new things and are looking for a variety of experiences,” says co-owner Herky Pollock.

Does this mean that beef-based hamburgers are a thing of the past? Not yet; there’s still a hard-to-pin-down sensation missing from the Impossible Burger that you find in a 100% beef burger. Does this mean that I’ll sometimes opt for this alternative? Yes. It’s an enjoyable meal and, even better, eating more “meat” like this could help reduce the number of cattle — particularly those that are feedlot-raised — in our food system. Plus, I didn’t simply feel like I was doing a good thing for the environment when I finished it. I also felt satiated, energized and not at all hungry for a nap.

It’s worth visiting Burgatory to experience one.