The Art of Quilting: Stitching Together a Community

Amy Bornman is making all things well with her business meant to connect handmade clothing, quilts and other fiber art with community in the city. 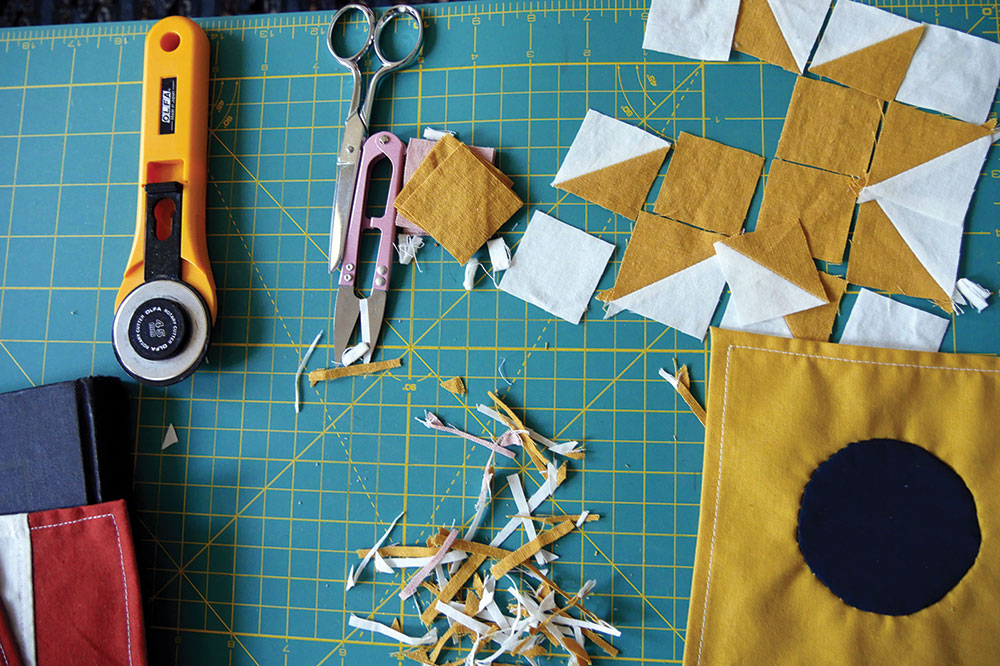 “I will keep you close during the night.”

Ship captains in the 19th and 20th centuries used a series of signal flags, squares of colored-blocked fabric and simple shapes, to communicate this phrase and many others night by night to other vessels passing on the water. They needed them to know: through the darkness, I am by your side. Red diamond on a white background, red and yellow square, red circle on a white background. 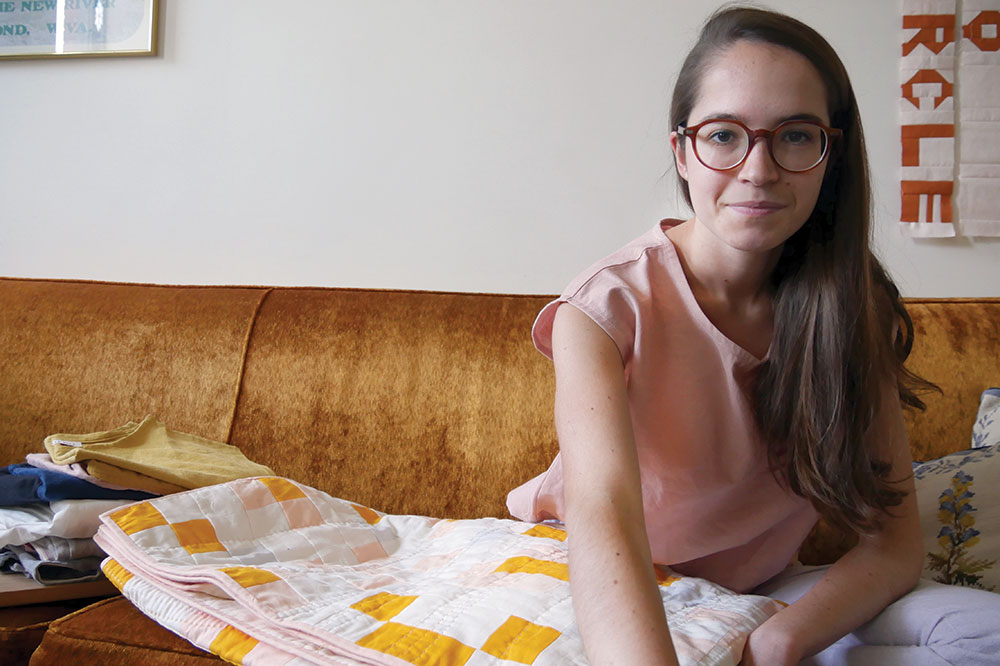 Amy Bornman claimed that phrase more than a year ago when she began creating these signal flags herself. Looking up from the 1931 International Code of Signals dictionary sitting on her coffee table-turned-fabric-cutting space as the morning light streams into her apartment, Bornman describes them in an intimate way.

“I realized there were these secret poems hidden within the mysteries of these maritime flags,” she says, crediting an article in the Paris Review, which states: “The poetry of the signal flags is obvious: it’s the poetry of code. Meaning: it says that which means this.”

“I thought, I could make these and put them together in a set and then that would be a poem … a poem made tangible,” she says. 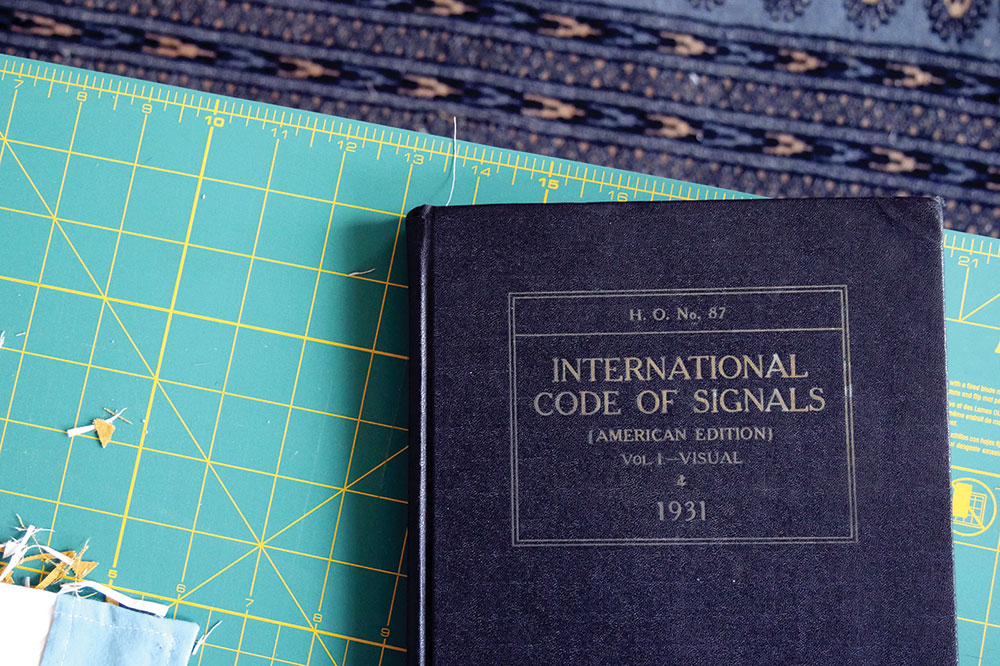 The 26-year-old fiber artist owns All Well Workshop, a virtual space where she sells signal flags, quilts, clothing and other handmade items. Bornman works in a studio in the home she shares with her husband in Observatory Hill and has begun teaching garment-making and quilting classes with Workshop PGH, a step toward her goal of owning a studio with extra sewing machines for classes or a drop-in small manufacturing space.

Bornman started All Well in 2016 with quilts in Chicago, where she studied theater at Wheaton College, but felt a strong pull back to her home city (she grew up in Moon Township). She says Pittsburgh’s artistic environment is one she can grow in, one where she can find her place.

“Something changed where it became a city to come back to,” she says. “It kind of became so good that I couldn’t ignore it anymore.”

Returning to the area also brought Bornman closer to the source of her quilting inspiration, the well-worn, “prolific, Mennonite” quilting hands of her husband’s maternal grandmother in Lancaster County. 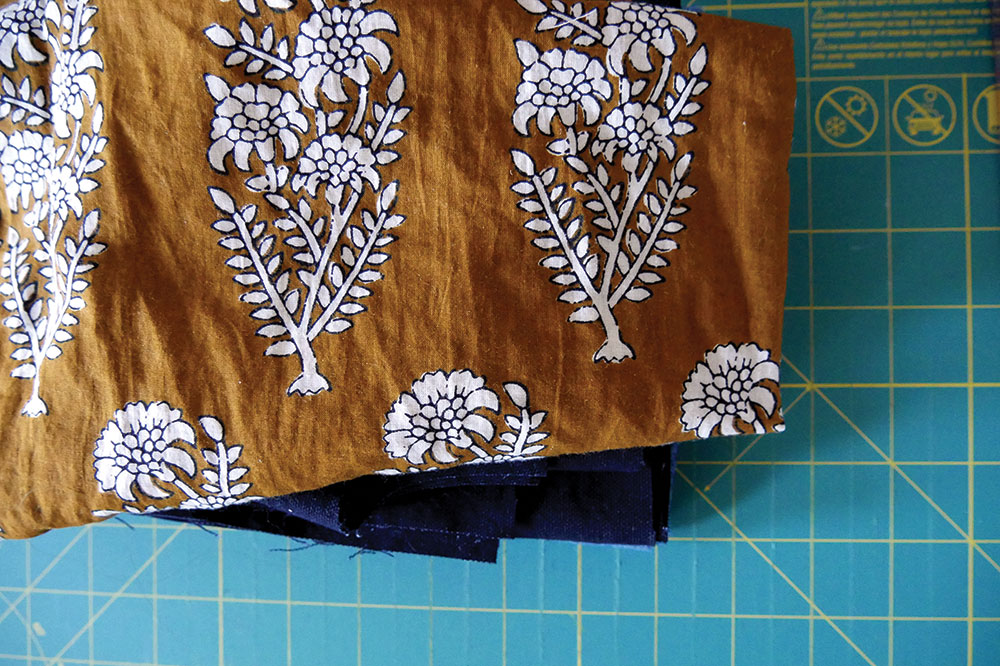 Bornman’s style has since deviated from the older generation, who quilted communally for their families before winter’s arrival and made custom quilts for each member of the family. Like other quilters in her relative age group, Bornman’s quilts make much of negative space and other trends common to modern quilters, differing from traditional patchwork quilts. Barb Grossman, the owner and event organizer for Pittsburgh Creative Arts Festival (formerly Pittsburgh Knit and Crochet), says minimalism, asymmetry, bold colors and simple fabrics are surfacing in today’s quilts.

“[They’re using] small little prints that I remember my mom and grandma using in the curtains they made,” Grossman says.

Pittsburgh’s Modern Quilt Guild, which has about 50 members, represents other fiber artists like Bornman who practice quilting. At the core of quilting, Grossman says the difference between Bornman’s generation and her grandmother’s is choice versus necessity. These fiber artists use the traditional patterns of generations past, creating artistic renderings of them. 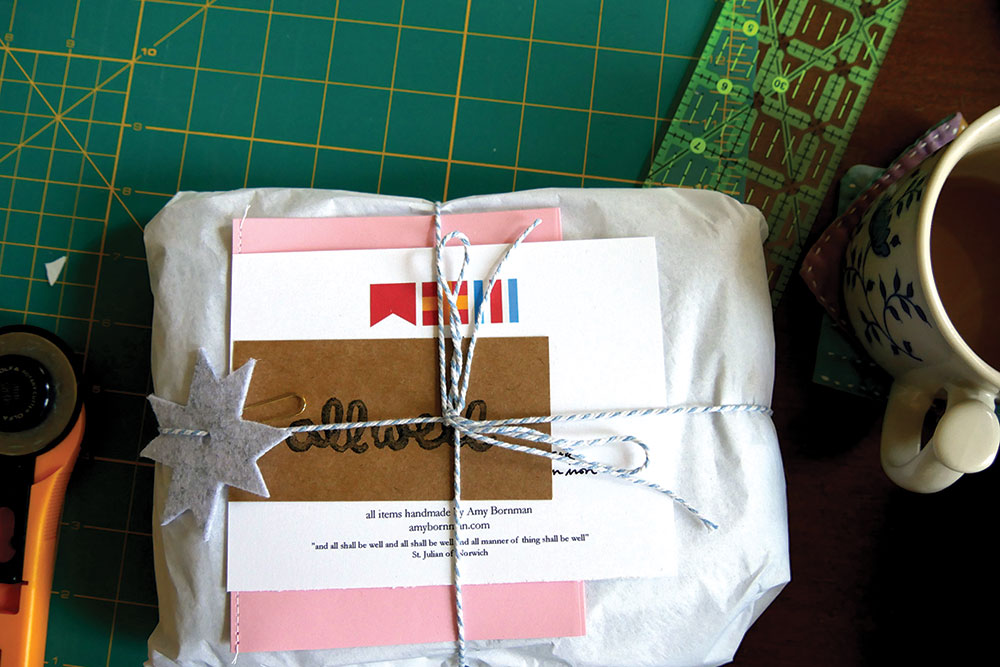 These days, though, Bornman spends less time with her quilting blocks and more time cutting fabric for clothing and pattern-developing; she kicked off her clothing collection late last year. Her collection features “box tops,” simply designed shirts, tunics, dresses and more. She’s also begun to offer garments made out of “reclaimed fabric” from thrift stores, eBay and other sources to have a small environmental footprint.

Each garment Bornman makes is made-to-order (although she’s exploring small-batch production as well). She hand-makes her pieces from start to finish and typically delivers within three to four weeks. Part of her shift into clothing is its accessibility — for her primary market, whom she describes as mostly young, artistic women, a shirt is more affordable than a $500 quilt. Quilting has also become more of a fine-art practice, whereas clothes-making is the business side.

“Making my clothes feels like a really intense way of stepping into my own identity,” she says. 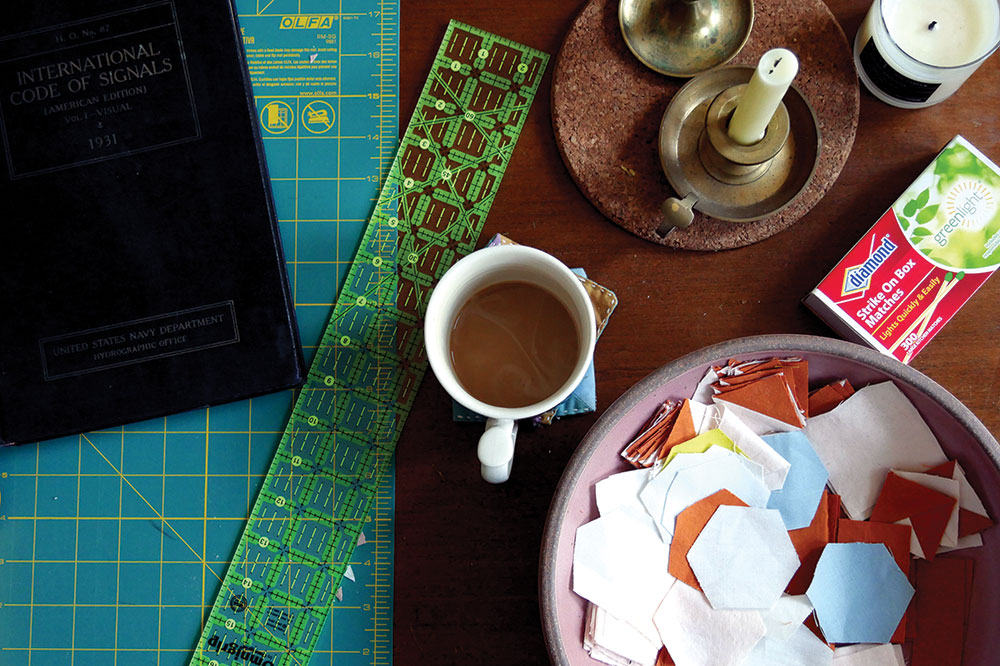 This is the heart of Bornman’s process. It’s bigger than a piece of navy and white-checkered fabric or stitches on her sewing machine — she uses her items to carry thoughts and ideas more deeply than possible with words.

Even her business’ name reflects the poetic core of her business — “All Well” was the first flag set she grew to love. She related it to a line from the pages of a favorite book, “Visions of Divine Love” by Julian of Norwich, where she writes that all will be well, and all will be well and all manner of things shall be well. 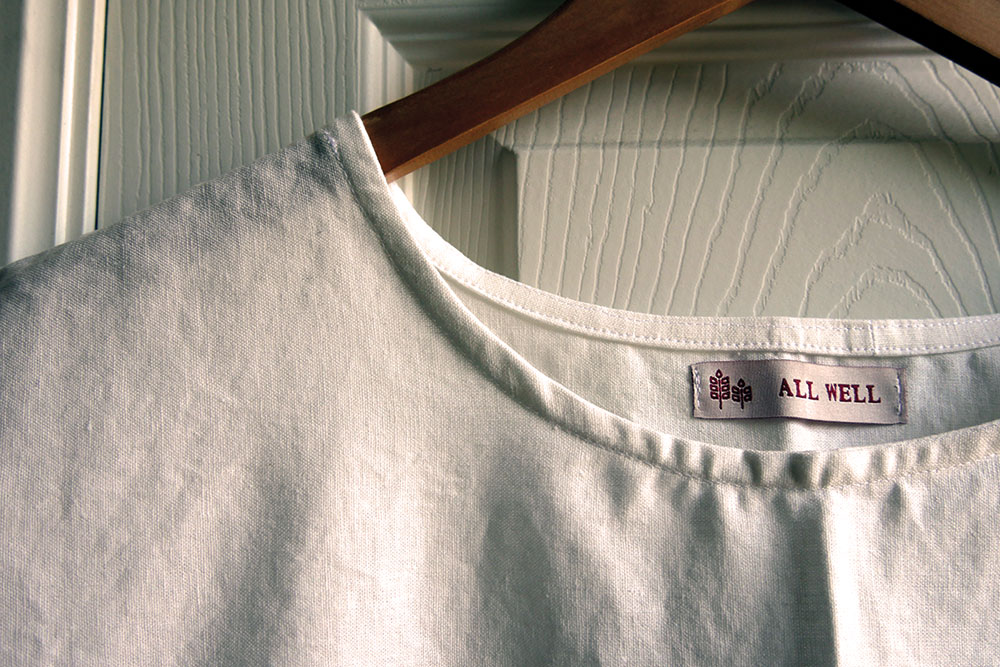 Bornman has released three sewing patterns as well as her first printed pattern. They’re a big step toward the community aspect of All Well — a way to get others involved in the work.

“I think that all of my work is centered on this idea of wellness that is now and coming, that is a matter of faith but also just a matter of my body and my mind, like it’s kind of in everything I do,” Bornman says, tightening the ribbon around an order for a customer. She wraps every order in tissue paper like a gift and includes a small pamphlet of poems. “Wellness for my city, wellness for my friends, wellness for me.”