The 400-Word Review: Tigers Are Not Afraid

This bleak horror movie may be a hard watch, but its excellent atmosphere lingers. 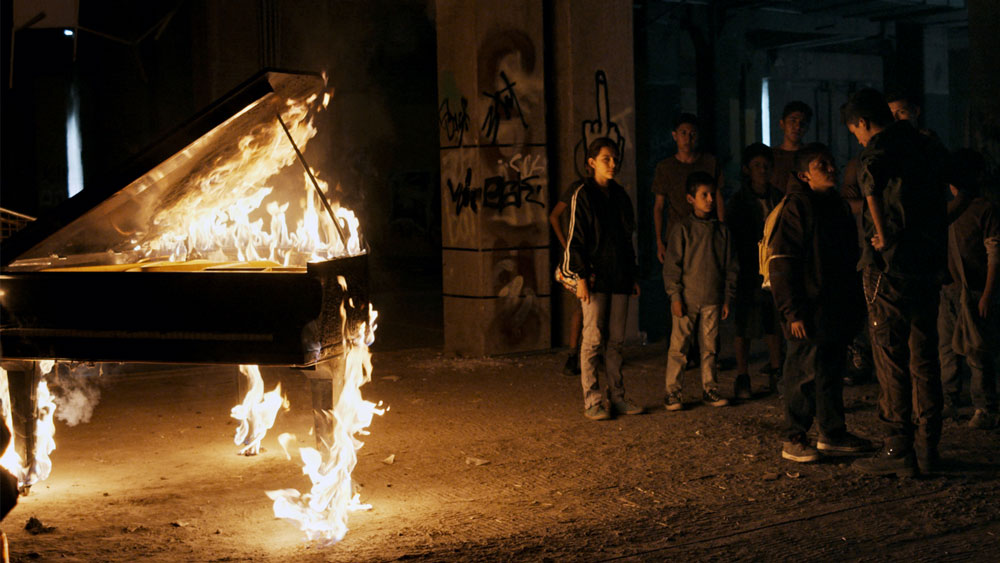 American horror does not often blend present-day traumas with supernatural threats. We prefer some degree of high-concept distance from our frights and fantasies — or, at the very list, the intellectual remove of a near-future setting, a la the “Purge” franchise.

Elsewhere in the world, however, less space is kept between real-world terrors and fictional analogues — or, perhaps, trauma is such a day-to-day reality that there’s no sense in presenting a fictional world without it. So is the case in “Tigers Are Not Afraid,” a Mexican horror fantasy with a troubling subject: a group of orphans, bonded after losing parents to drug violence.

To be clear, the subject matter is distractingly bleak; for many viewers, “Tigers Are Not Afraid” will be too dark and visceral. (I’m reminded of “The Nightingale,” also in theaters now; both films are not for broad consumption, despite their high quality.) For those viewers who can stomach it, however, there is a haunting, heartbreaking quality to this film that cannot be easily replicated.

When violence engulfs her school, a teacher tries to distract Estrella (Paola Lara) by pressing three pieces of broken chalk into her hand, telling her that each represents a wish. The next day, her mother (and sole caregiver) vanishes; after a few days of worry and hunger, she grasps a piece of chalk and wishes her mother would return.

She does. As an intimidating ghoul.

The undead presence drives Estrella out of the house, where she seeks acceptance from a group of pre-teens ekeing out a living on the city’s fringes. Unfortunately, de facto leader El Shine (Juan Ramón López), a preternaturally jaded youth, has recently stolen the wrong guy’s cell phone. Now, the same criminal element who may be responsible for Estrella’s mother’s disappearance is searching for our young protagonists.

Writer/director Issa López deploys supernatural elements with restraint and precision in “Tigers Are Not Afraid,” using a carefully selected set of tools — drifting ghosts, animate graffiti, a mysterious line of blood — to build a mysterious, subtle dread. She also draws compelling performances out of her young performers, who seem to possess a precocious (and troubling) sense of the world.

“Tigers Are Not Afraid” moves slowly and will leave some viewers wanting more — in explanation or in action. But in a horror landscape that increasingly plays the same notes, Issa López is performing in a much different key.

“Tigers Are Not Afraid” opens for a one-week engagement at Regent Square Theater Friday, Sept. 13. It also available via the streaming service Shudder.

This article appears in the September 2019 issue of Pittsburgh Magazine.
Categories: Sean Collier’s Popcorn for Dinner, Things To Do
Tags: movies, things to do