The 400-Word Review: The Platform

Netflix's new thriller will be too dark for many viewers, but it's a compelling choice for horror fans. 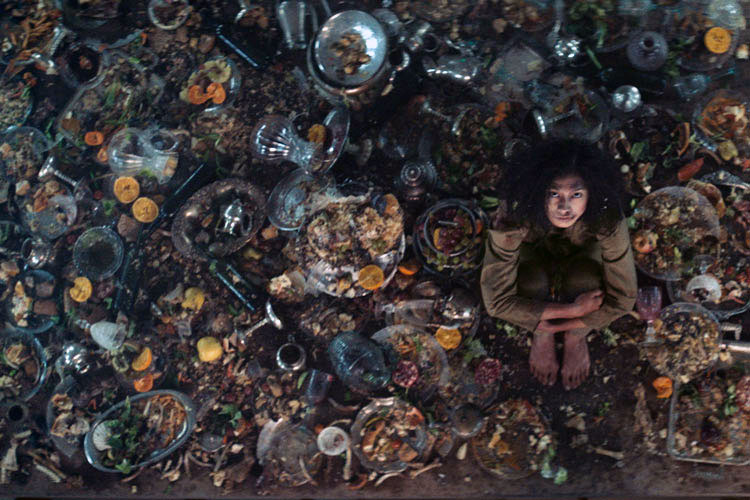 A metaphor doesn’t need to be clever to be compelling.

Take “The Platform,” for example. The new sci-fi/horror hybrid takes place in an unnamed dystopia, where a combination prison/social experiment stacks its captives two by two in a gargantuan, concrete tower. Prisoners wake up on a random level, where they’ll remain for a month.

Each day, a sumptuous, sprawling array of food begins at the top level and works its way down. Those at the highest levels eat their fill; by the time the platform descends to the lower tiers, all the plates have been licked clean. At the end of each month, prisoners are shuffled to another level, not knowing if they’ll be high enough to eat or so low that they’ll spend a month fighting off starvation — or worse.

As one aging prisoner ominously says when a new arrival asks how he survived a month at the bottom without eating: “I didn’t say I didn’t eat.”

It’s not a premise that obscures its social commentary; those at the top eating their fill while those at the bottom fight for a few scraps is a pretty one-to-one metaphor. (Interestingly, one character posits that the middle levels are the best place to be — enough food to avoid starvation but the necessary dose of reality to avoid existential malaise.) South African sci-fi filmmaker Neill Blomkamp falls into this same pattern, wherein the premise is only barely removed from reality — his Oscar-nominated “District 9” is about apartheid (but with robots), his follow-up “Elysium” is about health care (but with space stations).

Speaking of which: This is not a film for the fainthearted, the queasy or the easily troubled. (Its American release date is decidedly unfortunate for those who would prefer escapism.) Things in “The Pit” are undeniably awful, and a few scraps of camaraderie between prisoners are quickly extinguished as human — or perhaps animal — nature rears its head.

For the hardy, however, “The Platform” is a compelling, resonant nightmare, in the vein of “Cube” or Bong Joon-Ho’s “Snowpiercer” (a clear influence). There’s plenty of grim fascination in seeing how things play out, no matter how dark the conclusion may be.

“The Platform” begins streaming on Netflix on Friday, March 20.