The 400-Word Review: The Irishman 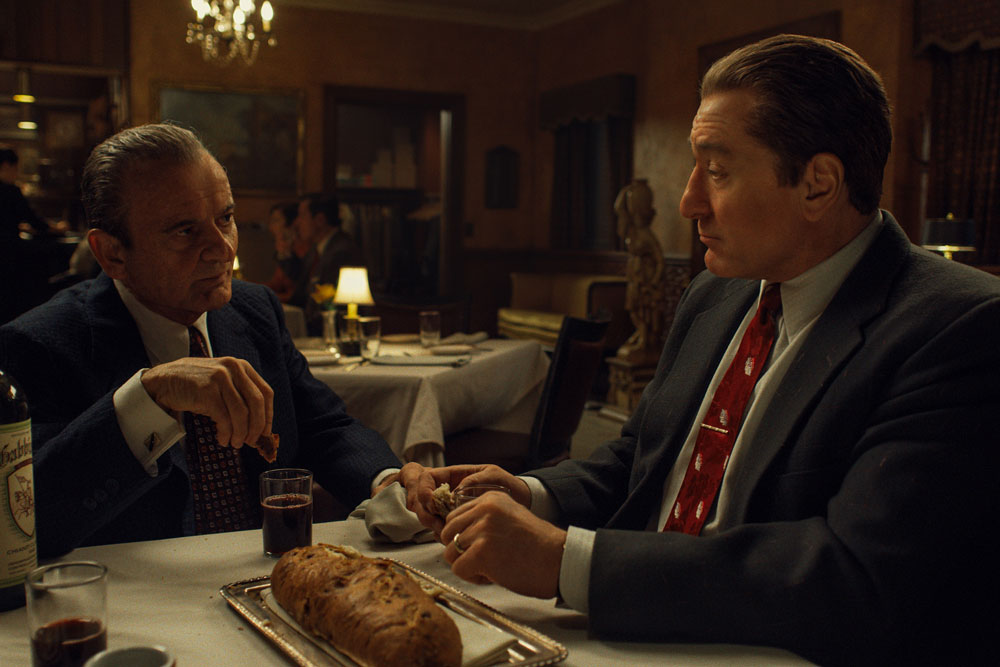 For almost half a century, mafia stories have been a — if not the — central mythos of American cinema. In the early days of the form, monster movies occupied this space at the bullseye of the cinematic universe; for a few decades that followed, westerns picked up the mantle. Since the auteur movement of the 1970s, however, the world of organized crime has been the sandbox in which movies are their most … well, filmic.

Francis Ford Coppola and Martin Scorsese jockey with one another for status as the most recognizable filmmaker of this particular genre; Coppola built the world, and Scorsese played in it. In the modern mindset, Scorsese has an edge, particularly as Coppola has in recent years shifted his focus to wine. “The Irishman,” Scorsese’s longest, most expensive and most ambitious film, thus stands as part of the mob pantheon simply by virtue of its existence.

The film is a loose, reflective memoir, as real-life enforcer Frank Sheeran (Robert De Niro) confesses his life’s tragedy to the camera. After serving in World War II, Sheeran worked as a truck driver — vitally, a member of the Teamsters Union — with a penchant for making some extra cash on the side. His effectiveness at a variety of illicit tasks first impresses lawyer Bill Bufalino (Ray Romano), then his cousin, regional don Russell (Joe Pesci).

Sheeran quickly impresses as a friend, confidant and hitman; the latter role gives the film its onscreen title, “I Heard You Paint Houses.” (The title “The Irishman” appears only in the final credits.) Sheeran rises to a plum gig protecting Jimmy Hoffa (Al Pacino), the well-connected union president — a job that will become considerably more complicated after Hoffa spends some time in jail.

For two-thirds of its epic runtime, “The Irishman” is an entertaining and brilliantly performed story reminiscent of a dozen others. In its final act, however, it becomes something else entirely: a farewell to arms awash in regret and surrender. Most of the film is impressive, if indulgent and slightly chaotic; its conclusion is excellent.

That last hour will convince you that this is not merely another chapter in the great American mafia narrative — it is its conclusion and its elegy. First the Universal monsters, then the westerns, then the mafia pictures. An era has ended. What’s next?

Sorry, Marty. We both know that movies these days are about superheroes.

“The Irishman” will play in select Pittsburgh theaters, for a limited engagement, starting Friday, Nov. 22. It will be available to stream on Netflix beginning Nov. 27.