Universal gets it right with a fresh take on a classic movie monster starring an excellent Elisabeth Moss. 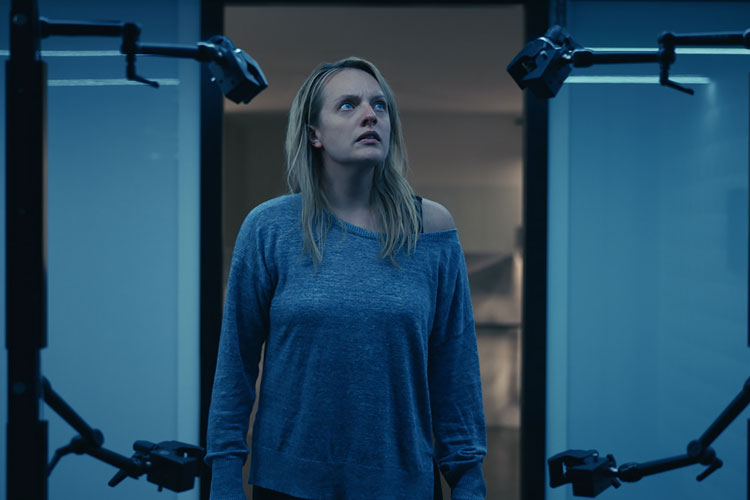 A haunted attraction in Florida gave me hope. “The Invisible Man” gives me more.

In “The Invisible Man,” Cecilia (Elizabeth Moss) escapes from the palatial home of her abusive, controlling husband, Adrian (Oliver Jackson-Cohen). While laying low, she receives the news that Adrian has killed himself. She doesn’t believe he’s gone, but friends tell her that fear is an aftereffect of years of abuse.

She says it’s because a guy she can’t see is stalking her.

Her theory isn’t completely outlandish; tech-mogul Adrian was an optics expert experimenting with cloaking tech. Still, no one buys her story, even when things turn violent.

The film is the second time in a year I’ve encountered the character. I’m a devotee of the annual Halloween Horror Nights event at Universal’s Orlando theme park, a cornucopia of walk-through spookhouses. The most impressive of 2019’s attractions featured the classic “Universal Monsters” lineup.

The iconic creatures of early cinema were mined by the studio throughout the 20th century — first for continued franchising, then for nostalgia. Universal has harbored plans to revive the recognizable ghouls; 2017’s “The Mummy” was an attempt to initiate a Marvel-style universe. (That franchise, hilariously branded the “Dark Universe,” took one stride out of the gate and fell dead on the track thanks to the overall crumminess of “The Mummy.”)

The “Universal Monsters” haunt, however, was the first time I saw an arm of the Universal empire figure out what’s good — and what’s scary — about these creatures. Its scenes were updated, yes, but not to the modern cinema climate: instead, to the 21st century.

“The Invisible Man” has a similar strength. It does not attempt to turn its titular villain into a franchise-ready quantity. Rather, it approaches its story seriously, encasing genuine commentary in pure dread.

Moss is excellent; she’s on a hot streak after admirable 2019 work in “Her Smell” and “Us.” Director Leigh Whannell keeps a hand to the audience’s throat throughout (in spite of occasional script trouble). The real achievement of “The Invisible Man,” though, is in its messaging; the film uses its story as an extended metaphor for the effects of intimate partner violence and unhealthy relationships.

Whannell — and, apparently, Universal — remembered that the best horror subs a supernatural demon for a real-life variety. If they stay on that message, I won’t need to visit Florida for another satisfying visit from a classic monster.

“The Invisible Man” opens in wide release on February 28.