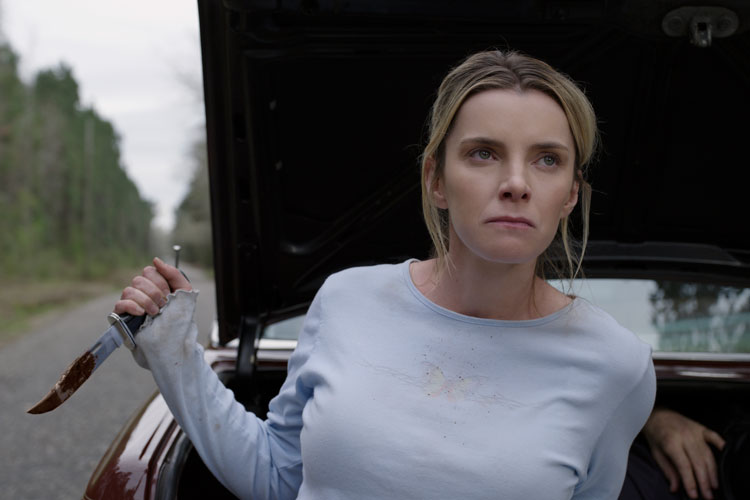 Universal is leaning into the controversy surrounding its delayed thriller “The Hunt,” using outrage over the film’s subject matter as a marketing opportunity.

That premise (an update of the oft-invoked short story “The Most Dangerous Game” wherein coastal intellectuals hunt alt-right victims for sport) provoked widespread criticism; after a pair of mass shootings in early August, the film was temporarily shelved.

I suppose it’s understandable that the controversy is the selling point; it’s not like Universal can position “The Hunt” as thought-provoking, effective or … y’know, good. It’s a middling thriller with an overarching desire to offend; ultimately, though, “The Hunt” is only offensive in how limp its supposedly shocking political commentary actually is.

Eleven red-state denizens — varying in age and class but deliberately not in race — wake up in a clearing, bits in their mouths, near a crate full of weapons. As soon as they arm themselves, unseen attackers start shooting, picking off the unlucky ones and sending the savvier victims scurrying.

Our roster of “deplorables,” to invoke a reference the movie cannot get enough of, has an intense car-rental agent (Betty Gilpin) as its nominal lead; the cast also includes Emma Roberts, Ike Barinholtz and Ethan Suplee. The “elites,” who fly in on an exquisitely outfitted private jet, are more interchangeable, save for a lead figure whose identity isn’t revealed until the last act. (Unless you’ve seen the trailer.)

“The Hunt” is either: a criticism of the way both ends of the American political spectrum demonize and dehumanize their rivals; an attack on the way liberals regard working-class Americans; or a satire of the way conservatives think liberals behave. It’s probably the first of those — and we could spend a seminar unpacking the problems with that message — but the stance “The Hunt” takes is woefully unclear.

Neither the script (by “Lost” and “Watchmen” creator Damon Lindelof, with Nick Cuse) nor the direction (by Craig Zobel) is savvy enough to make a clear point, let alone a good one. What’s left could still be classified as incisive, I suppose, but only in that it’s callously reductive. These are complex issues; we don’t need a dumb thriller to take a stance on them.

Without the commentary, “The Hunt” might have been a serviceable dark comedy; Gilpin is excellent, and there’s always fuel in a who-will-survive premise. As presented, though, “The Hunt” can’t stop ruining its own potential.