The 400-Word Review: Playing With Fire

This family comedy will probably only keep your family's youngest members amused. 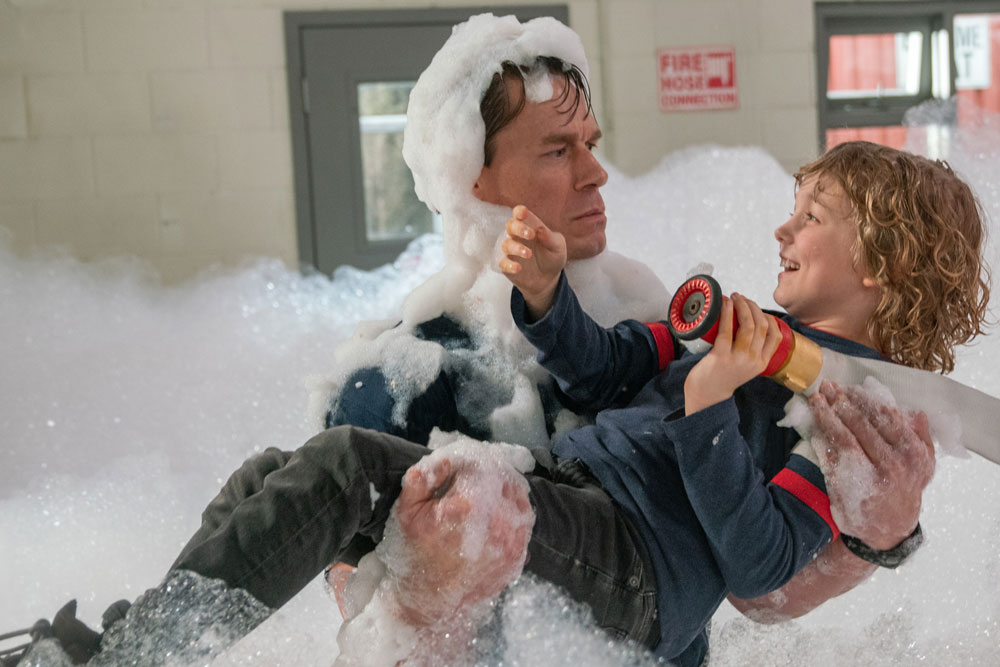 It is a particularly bad time for a family comedy about wildfires.

One can’t help but consider that when evaluating “Playing With Fire,” a light romp starring John Cena as a no-nonsense smokejumper. The film is harmless enough that the real-life impact of wildfires (in this and every recent year) will probably be a bit muted while you watch; reality will not, however, be far from your mind.

Not to worry; if you’re old enough to keep up with the news, you probably aren’t the target audience anyway. “Playing with Fire” is slapstick designed mostly to keep pre-teens howling.

Jake Carson (Cena) is a second-generation smokejumper (the term refers to advance teams of firefighters who parachute or rappel into remote areas to mount an early response). He’s got a loyal team — devoted toady Mark (Keegan-Michael Key), bumbling Rodrigo (John Leguizamo) and stoic Axe (Tyler Mane) — and he’s in line for a major promotion if he can impress the regional bigwig, Commander Richards (Dennis Haysbert).

After Carson plucks a trio of children from an imperiled cabin, Mark points out that the crew is legally obligated to care for them until their parents arrive — which could be several days hence. The fastidious fireman is going to have to adapt to pre-pubescent hijinks and emotions, while also clumsily attempting to woo a nearby scientist (Judy Greer).

Don’t mistake it for a tender life lesson, though; this movie is mostly about messy pratfalls and wacky size disparities. One of the tots gets flung around a soap-filled garage thanks to a careening hose. Another oils up the driveway. Cena has to ride a comically tiny bicycle. You know what you’re in for.

Cena is at an odd point in his transition from WWE rings to Hollywood. While he has the stature of his grappling predecessor Dwayne Johnson, he lacks The Rock’s charisma; his unavoidable deadpan does, however, lend itself to effective comedy in certain situations, as seen in “Sisters” and “Blockers.” He is nowhere near seasoned enough to elevate a middling project, and “Playing with Fire” — under the presentational direction of Andy Fickman — is middling at best.

Key adds as many laughs as he can and Greer does her best to inject some emotion, but you can only do so much with a film that wraps a major set piece around a baby pooping in a gas mask.

“Playing with Fire” opens in wide release on Friday, Nov. 8.