Pittsburgh's own Billy Porter is the only real highlight in a mostly dull comedy. 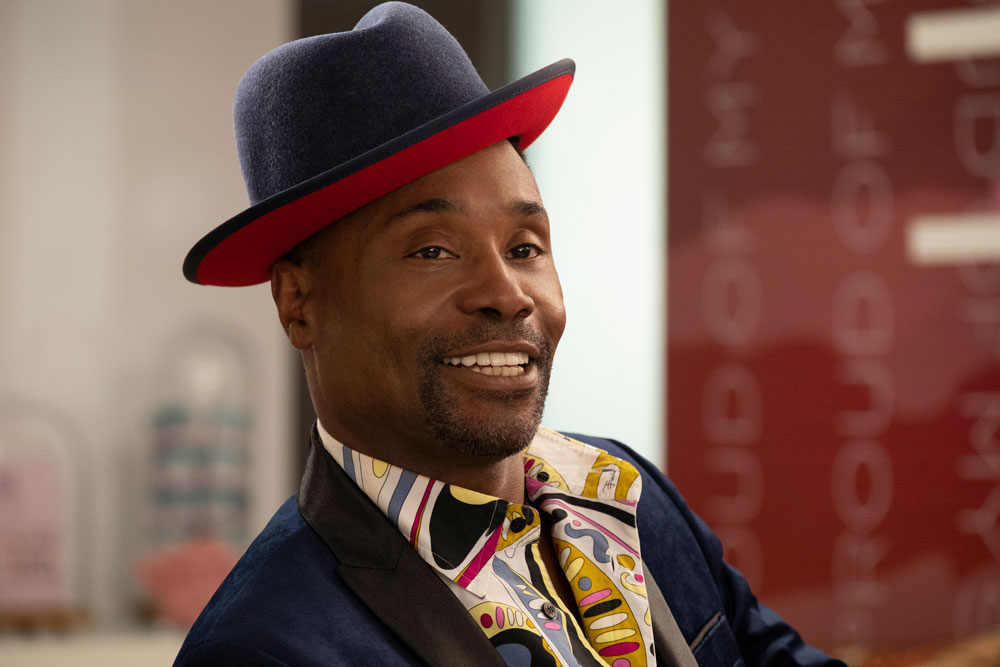 At least Billy Porter does a great job.

The Tony, Emmy and Grammy winner plays a supporting role in “Like a Boss,” a tepid new comedy from director Miguel Arteta. The film stars Tiffany Haddish and Rose Byrne as Mia and Mel, owners of an eponymous beauty company on the verge of a takeover by a cosmetics giant.

Porter plays Barrett, the shop’s headstrong designer; he’s besties with Sydney (Jennifer Coolidge), Mia and Mel’s sole salesperson. Barrett’s big scenes are the highlights, and his interplay with Sydney is lovely. Beyond that, there’s not a whole lot of fuel in the tank.

Mia and Mel are happy with their deliberately limited business ambitions — and their unconventional cohabitation — but deep in debt. When corporate boss Claire Luna (Salma Hayak) swoops in to buy the company, she causes a rift between the two lifelong companions that will threaten their business and friendship.

Not seriously threaten, obviously. “Like a Boss” is far too breezy to even imply that things aren’t going to work out for its likable stars. Instead of rising conflict, this story — the script is by first-timers Sam Pitman and Adam Cole-Kelly — has simmering tension that never boils.

Arteta is no help; while he’s a skilled filmmaker (see 2017’s “Beatriz at Dinner”), he clearly had no intentions for “Like a Boss” beyond depositing the paycheck. That leaves the heavy lifting to the cast, who do what they can. Haddish is constitutionally incapable of being unfunny, and she makes hay with the few jokes the writers have thought to give her — with plenty of improvisation to fill in the gaps. Byrne, an underrated actress generally and in comedy specifically, is given an especially thankless task, playing a wet blanket in an underwritten role. Hayak … says her lines dutifully.

It doesn’t help that “Like a Boss” recalls the Amy Schumer vehicle “I Feel Pretty,” a higher-concept and better movie, for long stretches. The two films have almost identical conclusions, and the Hayak role is a downgrade on Michelle William’s turn in “I Feel Pretty.”

By the time you note the comparisons, though, the damage is more than done. If one were to find oneself on a particularly long international flight, “Like a Boss” could adequately fill up 83 minutes between trips to the bathroom. That’s about it.

Billy Porter, though. Give this guy half of a buddy comedy immediately.