The 400-Word Review: Jumanji: The Next Level

What magic the previous film had is mostly lost in this unimpressive sequel. 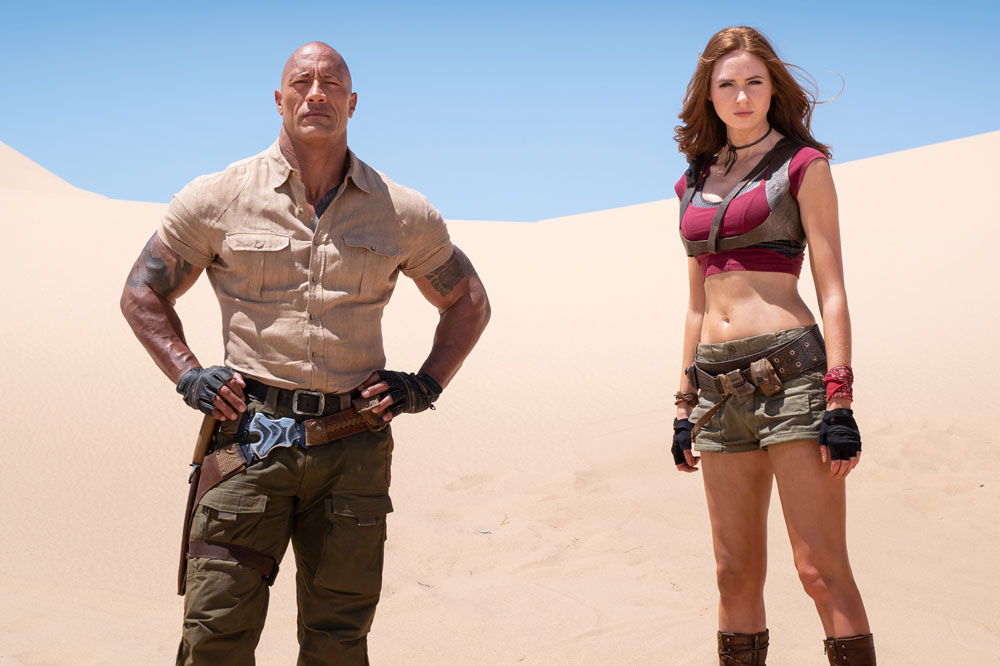 This shouldn’t have worked the first time.

It did, to be clear. “Jumanji: Welcome to the Jungle” is a mostly enjoyable diversion, elevated by great performances from Karen Gillan and Dwayne Johnson. On paper, though, it was a long shot — a half sequel, half reboot of a ho-hum property from the mid-’90s aiming for a shifting bullseye between comedy and spectacle. (And one that deeply altered the story of the first film.) Tricky. Yet it made more than $400 million, lingering in the Top 10 for three full months.

It’s one of the 40 highest-grossing films of all time.

With “Welcome to the Jungle,” Sony bet big and hit bigger, turning an uncertain concept into a juggernaut. Two years later, it has sauntered back up to the table to press its luck with “Jumanji: The Next Level.” Does the gamble work?

Have you ever been to a casino? No. Of course not.

We rejoin the four kids from the first movie, all of whom are enjoying their post-graduation lives except Spencer (Alex Wolff), who is having trouble adjusting to college. He misses the power and confidence he felt when assuming the form of Dr. Smolder Bravestone (Johnson), his gargantuan avatar in the video-game world of Jumanji. Over Christmas break, he heads back into the perilous game for a shot of self-esteem; his pals soon follow to bail him out. Unfortunately, the game also pulls in Spencer’s cantankerous grandfather, Eddie (Danny DeVito), and Eddie’s longtime friend turned bitter foe, Milo (Danny Glover).

Everyone’s avatars get shuffled around from the first movie, including a bewildered Eddie taking over the Bravestone role; this gives Johnson leave to employ an exasperated, accented caricature for most of the film, which I suppose counts as the central joke. (It also forces Jack Black to affect a deeply uncomfortable urban accent; he tries to do so tastefully, but … doing so tastefully is impossible.)

There are a handful of jokes that hit, though most are second-tier shenanigans reminiscent of the first film; more blatant callbacks, such as Ruby Roundhouse (Gillan) having a penchant for dance fighting, work better. There’s also an unexpected A-lister who turns up as a new avatar; I won’t spoil it, but she boosts the middle act considerably. It’s not enough, however. Unless you’re in desperate need of a compromise choice for the whole family, there’s nothing here to bother with.

“Jumanji: The Next Level” opens in wide release Friday, Dec. 13.