There's been plenty of pre-release chatter about the Batman villain's marquee movie. So how is it? 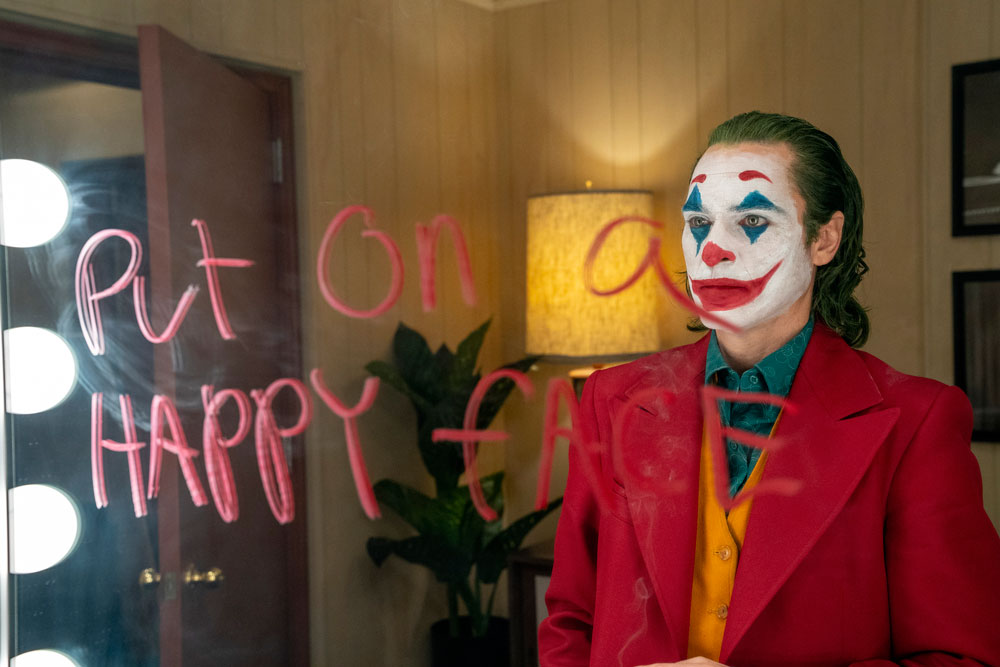 Here’s what you will not find in this space: An analysis of the sociopolitical implications, cultural signifiers or micro-historic context of “Joker.” For those takes, please see the entire rest of the internet.

What I do have for you: A review of the film.

Remarkable how much debate there was before anyone actually saw the damn thing.

Anyway, “Joker” is a standalone examination of the iconic Batman villain, directed and co-written (with Scott Silver) by longtime comedy director Todd Phillips. Joaquin Phoenix stars as the villain in a story loosely based on “The Killing Joke,” an iconic graphic novel from 1988.

This Joker — who has plenty of varying origin stories — is a struggling loner named Arthur Fleck. He supports his ailing mother (Frances Conroy) through gigs as a low-rent circus clown and harbors dreams of performing stand-up comedy on a talk show hosted by Murray Franklin (Robert De Niro), a Gothamite Jay Leno.

Fleck is kept relatively stable by a cocktail of psychiatric medication, resulting from childhood trauma that affects his brain; uncontrollable and unpredictable laughter is a side effect. After social-services cuts take away his pills, a scuffle on the subway turns violent; Fleck begins to revel in wrath.

There are many ways one could read the message of “Joker” — again, many already have, sight unseen — but I’m not sure there’s a moral to this story. I can conceive of several, but the perspective is unclear. I’d put that on Phillips; he’s not a strong director (though he can occasionally imitate one), and his writing and visual messaging are too messy to maintain a point of view. It’s not in the story, which also delves unfortunately into origin-story cliches, that “Joker” thrives.

It mainly succeeds on Phoenix’s troubling, powder-keg performance. It’s difficult to come up with a fresh take on a character that has previously been represented, iconically, by the likes of Jack Nicholson and Heath Ledger; Phoenix nevertheless brings a fresh derangement to the clown. It’s not a cover of previous tunes; it’s a new song that happens to have the same lyrics. It is all-around excellent.

Several scenes in “Joker,” including a wild final act, are worthy of Phoenix’s efforts; much of what precedes, including an ill-advised subplot with an attractive neighbor (Zazie Beetz), is expendable. It’s less a film than a showcase for the performance; as that, at least, it’s pretty good.