The premise couldn't be much more unusual. However you read the film's politics, that's a good thing. 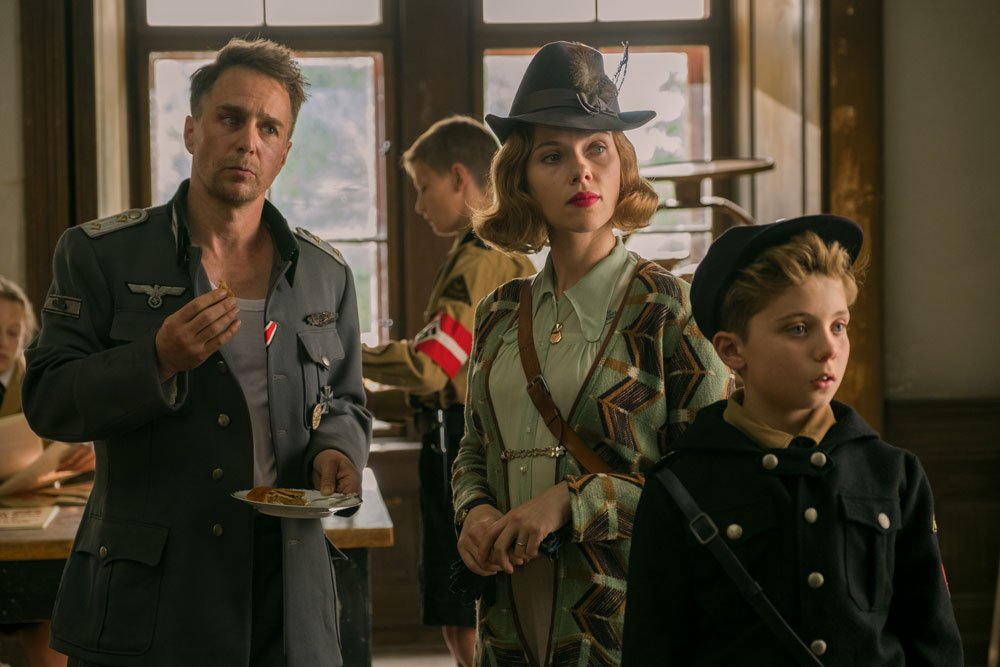 Depending on your perspective, it is either the worst possible moment or the absolute ideal moment for an irreverent, outlandish Nazi satire.

Both arguments are valid. That’s why it’s useful to at least momentarily shelve them when evaluating “Jojo Rabbit,” a black comedy from idiosyncratic director Taika Waititi; take whatever political stance strikes you, I won’t argue. For the moment, though, let’s just decide whether or not the film is any good.

The New Zealand auteur drew praise for “What We Do In the Shadows” and “Hunt for the Wilderpeople” before revitalizing a Avenger in “Thor: Ragnarok,” one of the most delightful chapters in the Marvel Cinematic Universe. “Ragnarok” is a film that would seem to indicate that Waititi can make just about anything work; if you can turn the most directionless character in the world’s biggest franchise into a comedy powerhouse, what can’t you do?

“Jojo Rabbit” is certainly the test of that theory.

Jojo (Roman Griffin Davis) is an enthusiastic 10-year-old and a member of the Hitler Youth in the closing months of World War II. He’s enthusiastic about a weekend training session — which turns out to be little more than a boy-scout camping trip, albeit one with an abundance of live ammunition — until he’s mocked for his reluctance to kill a rabbit. At the urging of his imaginary friend, uh, Adolf Hitler (Waititi), he charges back into the proceedings to demonstrate his courage, promptly injuring himself with a misthrown grenade.

Jojo’s enthusiasm for the cause has kept him ignorant of the fact that his mother (Scarlett Johanssen) is not-too-subtly pulling for the Allies. When he discovers that she’s been harboring an orphaned Jewish teen (Thomasin Mackenzie) in their attic, however, he has a crisis of faith; is this the enemy he’s been trained to hate, or an understanding new friend?

“Jojo Rabbit” is remarkable in its defiance of genre. It is by turns a slapstick comedy, a trenchant satire, a stunning drama and a genuinely sweet coming-of-age story. Often, it is all of those. Yet there is no carelessness or laissez-faire attitude toward the material; the script, by Carthew Neal, Chelsea Winstanley and Waititi, is clever and impressively precise. Yes, viewers will have divergent opinions on the propriety of this project. To be sure, though, it’s funny, smart and sometimes moving.