This ambitious and technically impressive drama is badly tainted by a bloated runtime. 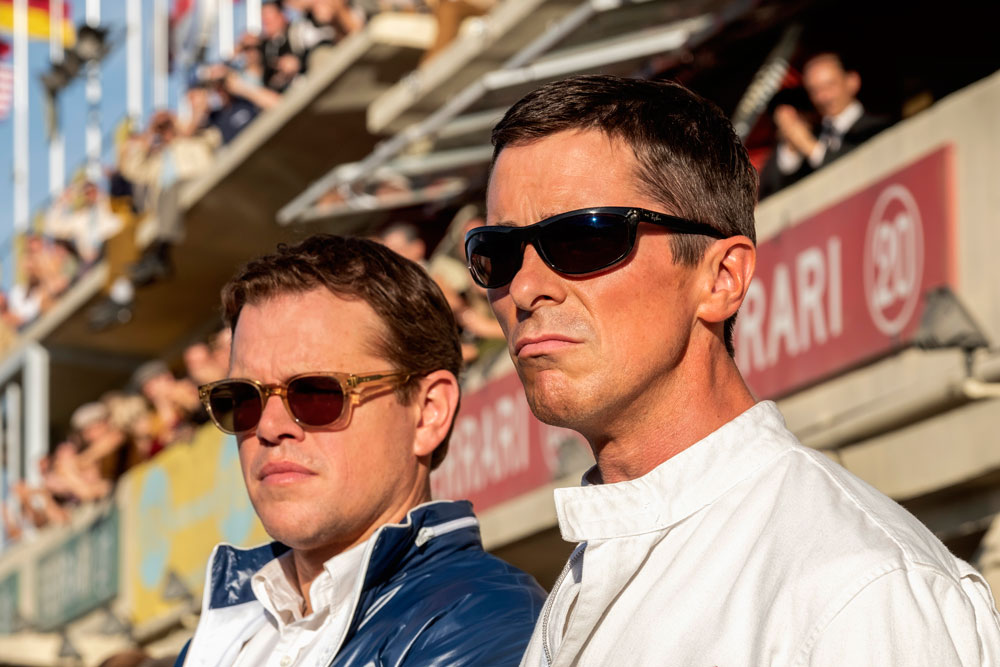 “Ford v Ferrari” is a terrifically performed and often effective drama. The auto races at the core of the story are thrilling spectacles. It’s a handsome film, beautifully shot and scored.

I would never watch it again.

That’s not always a flaw; some movies only work once. In this case, however, I’d refuse a repeat viewing because the film dramatically overstays its welcome. It achieves in 150 minutes what could’ve been handled in 90.

The mostly true story, written by brothers Jez and John-Henry Butterworth (“Edge of Tomorrow,” “Get On Up”) and Jason Keller, concerns the mid-1960s rivalry between the two titular automakers. The human players are Carroll Shelby (Matt Damon), a retired racer and car designer, and Ken Miles (Christian Bale), a journeyman, bad-boy driver.

The film can’t decide if it’s about those two — the bulk of the running time is spent with Miles and his family — or about a bruised-ego contest between Henry Ford II (Tracy Letts) and Enzo Ferarri (Remo Girone) culminating in several years’ worth of competition at the 24 Hours of Le Mans. Ford is determined to defeat the Italian automaker in the treacherous race; for that, he needs Shelby to build a suitable vehicle. Shelby enlists Miles, who is on the verge of retirement, to drive it.

The second-act conflict — which, like everything in “Ford v Ferrari,” drags terribly — questions whether Ford and a sycophantic underling (Josh Lucas) will allow Miles to represent the company behind the wheel.

Everyone watching knows that Miles is gonna win that battle, rendering a good 40 minutes of the film pointless.

Bloated runtimes are a spreading plague (and we haven’t even seen “The Irishman” yet). They’re not necessarily fatal — several of my recent favorites are nearly as long as “Ford v Ferrari” — but they need to be justified. If the producers and director James Mangold wanted to make this story into a series, I’m sure that Netflix or HBO would’ve thrown money at them. They made a film, however, and should’ve edited accordingly.

After that buildup, “Ford v Ferrari” has no idea how to conclude. The true story prevents much of a neat package, admittedly, but the handling of those facts is especially inelegant. Given how this tale occurred in real life, one can’t help but question whether it should’ve been a movie at all.

The answer is no.