A fresh take on the classic novel isn't fresh enough, despite a dynamic lead performance. 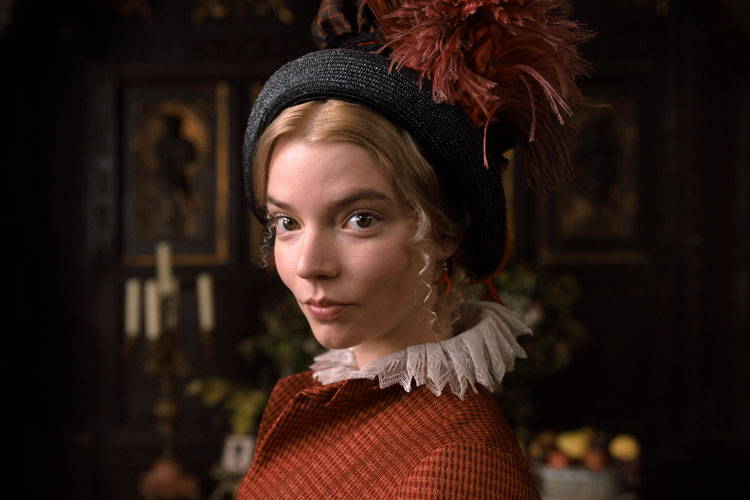 When adapting a work of literature that has celebrated its 200th birthday, filmmakers must decide how much to modernize the tale. Should it be period dress with modern sensibilities? Perhaps modern dress with toplofty speech is preferred? Should this one be played straight? Can the ending be altered to reflect the times?

I don’t envy the screenwriters, directors and producers who have to wade through such debates; in recent memory, only Greta Gerwig has handled the job perfectly. Many (easily forgotten) adaptations of classic books have fallen well short of the mark — a fate shared, I’m sorry to report, by “Emma.,” an ambitious but lukewarm take on the 1815 Jane Austen novel by director Autumn de Wilde.

I apologize for the punctuation in the above sentence. The period is in the title. (The comma is not, but it was in my sentence and was forced into conflict with the period.) “Emma.” That’s how the title is meant to look. There’s a period in the title — despite the fact that the name Emma is by no means a complete sentence — to signify that this version is, y’know, different.

That difference manifests itself early on via a downright comic performance by Bill Nighy, as Emma’s father; frequently precious shot composition is also meant to signify this as a quote-unquote hip take on the material. (There are also two instances of — clutch thine pearls — partial nudity.) In the early going, “Emma.” feels as though it might manage to recontextualize its source material with a 21st-century tone.

Alas; that is not the picture we get. Screenwriter Eleanor Catton starts with pep but lets things grow decidedly languid by the second act; de Wilde, for her part, continues to toy, intriguingly, with color and framing but fails to propel the action through the thick of Austen’s story.

That story, if you’re unfamiliar — Emma (Anya Taylor-Joy) gets along pretty well in life, so she focuses her attention on matchmaking among friends. Her primary focus is the love life of somewhat sheepish friend Harriet (Mia Goth), a focus that will frequently put Emma at odds with the semi-dashing George Knightley (Johnny Flynn).

The film’s bright spot is Taylor-Joy, a gifted and underappreciated performer (she spent most of the past few years stuck in the Shayamalan-verse). She is charming and captivating; unfortunately, the same cannot be said for the film around her.