A corporate cover-up hits home — not far from Pittsburgh — in this timely legal thriller. 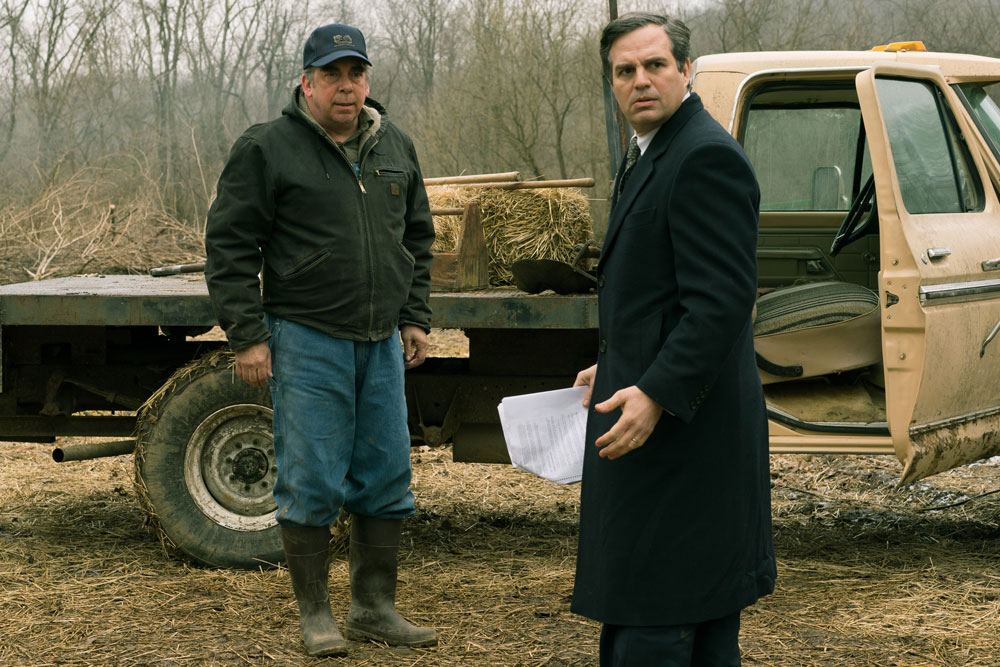 We are constantly asked — and, in many cases, told — to accept corporate benevolence. Whenever a giant conglomerate stamps its name on a stadium or tosses an oversized check at a charity, it’s a down payment on trust; accept this bauble, we’re told, as a token that we are on your side.

“Dark Waters,” a film by Todd Haynes, gives a blow-by-blow account of how bad things can get when that trust is misplaced. Based on a 20-year legal battle with the chemical giant DuPont, the film depicts, in no uncertain terms, the willful poisoning of a community by the company (which has since merged with Dow Chemical).

Robert Bilott (Mark Ruffalo) is a rising attorney at a law firm that defends big corporate clients — including DuPont. He’s tracked down by Wilbur Tennant (Bill Camp), an ailing farmer from Parkersburg, West Virginia, whose land sits next to a DuPont landfill; Tennant blames undisclosed chemical dumping and can’t get any satisfaction out of the company or the government (which, with a giant company and a small state, are nearly one and the same).

Bilott initially attempts a sort of backward maneuver to correct the problem — filing a quiet internal lawsuit before the EPA gets wind of the problem. Over a process that lasts years, however, he becomes a committed crusader against the company, with the aid of a sympathetic partner (Tim Robbins) and an overly patient wife (Anne Hathaway).

“Dark Waters” has its share of narrative problems. The script, by Matthew Michael Carnahan and Mario Correa, attempts to reduce a decades-long affair into a three-act structure; it gets part of the way there. Haynes does a solid job of picking up the slack; this is only his fifth film since the turn of the century and he seems disinclined to let it lag. No one can do much with the woefully underwritten part tossed on Hathaway, however. (As an aside: You don’t get credit for including female voices in a story if they’re clear afterthoughts played by A-list stars. Try harder.)

The truth is the thing, though, and it’s loud. As the company fails to act, time and time again — broken only by years and years of Bilott’s dogged pursuit — we are reminded that, in our current economic system, corporate responsibility is disincentivized. Defeating a Goliath shouldn’t be so hard when there are millions of Davids.