It may have trouble finding an audience, but the message of "Bombshell" is important. 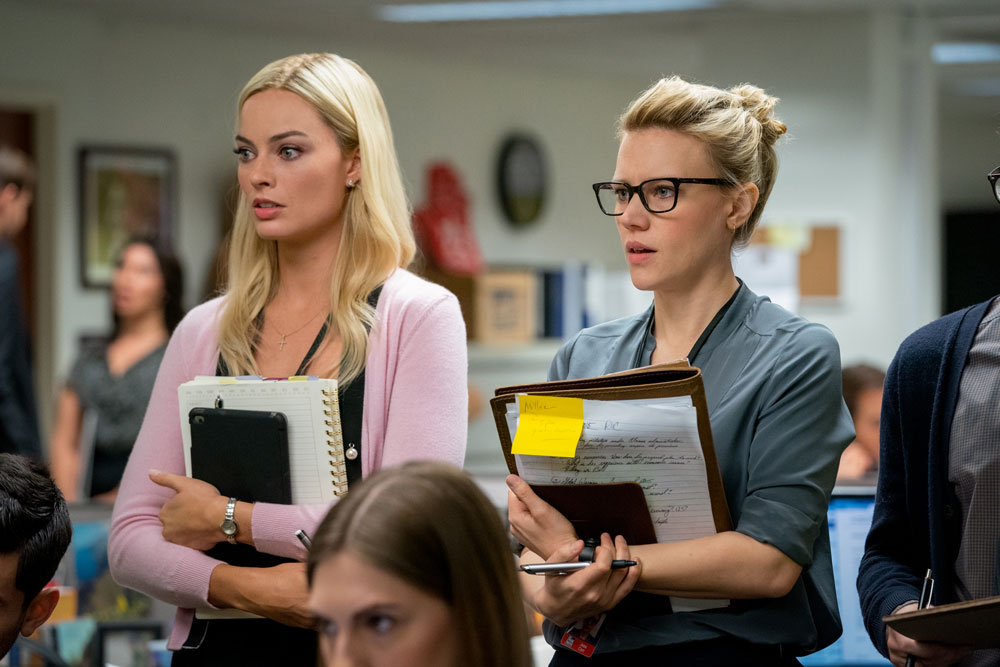 In evaluating “Bombshell,” I’m inclined to echo my review of Amazon’s political drama, “The Report.” This is good. This is important. I wonder if anyone will see it?

The film, directed by Jay Roach, documents a culture of sexual harassment at Fox News in the early-to-mid 2010s. Testimony and allegations from a number of women at the network led to the ouster of longtime honcho Roger Ailes and the station’s most visible commentator, Bill O’Reilly.

The culture is disrupted when longtime host Gretchen Carlson (Nicole Kidman) is fired following a number of editorials that displease viewership and enrage Ailes (John Lithgow). Carlson decides to reveal a history of abuse by Ailes, hoping that former colleagues will corroborate a culture of sinister harassment.

It takes some time for staffers to get on board. The network’s most popular star, Megyn Kelly (Charlize Theron), is already embroiled in a dispute with a political candidate by the name of Donald Trump; she’s reluctant to add more arrows to the quiver of Fox’s viewers. Meanwhile, a new recruit (Margot Robbie, playing an amalgamation of several unnamed victims) has become Ailes’ latest target.

The performances are stellar, particularly the heartbreaking turn given by Robbie. Her fictionalized true believer is devastated by the attacks as well as the abandonment she experiences when a workplace ally (Kate McKinnon) doesn’t want to be involved. In a layered narrative, this strand is strongest.

Undoubtedly, there are ways in which the “Bombshell” script, by “Big Short” co-writer Charles Randolph, falters. It opens but neglects to close a thread about the language and behavior of Trump, a longtime Fox News darling. It dramatically overemphasizes the contribution of Carlson and Kelly to the sweep of the #MeToo movement. It nods in the direction of an apolitical or moderate stance in a narrative that cannot support such equivocating. (To be clear, this is not to say that movie messages cannot be nuanced or moderate — rather that such an attempt rings false in this particular case.)

For those faults, however, it is a gripping and sturdy document depicting how workplace sexual harassment is born and protected — and, even more importantly, how devastating it can be to victims. That’s important work, and “Bombshell” takes it seriously.

But will anyone who is not already convinced sit down with this film, especially if those theoretical viewers are friendly to Fox News? Unfortunately, I’m not so sure.