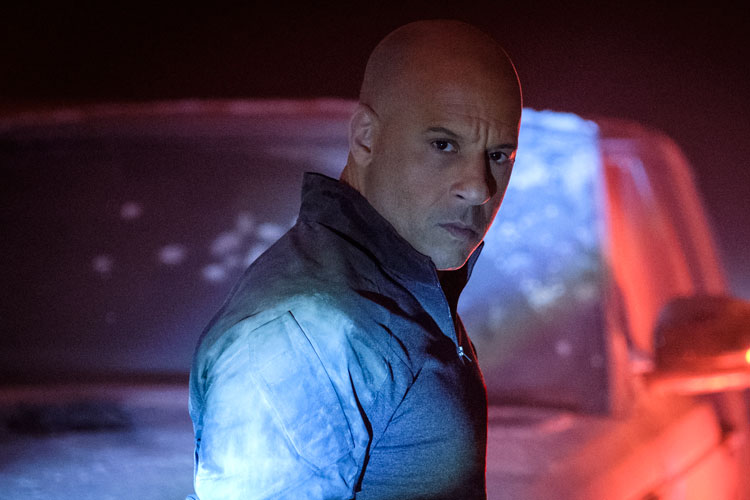 “Bloodshot,” a visually rich new actioner based on a comic-book series, works pretty well as a sci-fi mystery. Later, it falters as an action spectacle.

The result is a movie nearly equally balanced between bad and good — the kind of movie worth watching if you’re curious (or, say, if you’re stuck at home for an extended period) but perhaps not if you’re disinclined toward high-tech chicanery.

Ray Garrison (Vin Diesel), an elite-level Marine, is unwinding in Italy after a tense but successful operation. He wakes one morning to find his wife (Talulah Riley) missing; within moments, the couple find themselves handcuffed to different chairs, at the mercy of a demented, dancing criminal, Martin Axe (Toby Kebbell). After failing to extract any information, Axe kills them both.

Which leads to some understandable disorientation when Garrison wakes up in a high-tech laboratory.

The head of the tech company (Guy Pearce) explains that Garrison has been resurrected — and improved — by microscopic technology. His blood has been swapped for tiny robots that not only restore his vital functions but have also rendered him effectively invinceable. As soon as Garrison gains control of his new abilities, he breaks out of the lab and begins a global hunt for Axe.

The big twist is yet to come — and for anyone who hasn’t seen the trailers, I won’t spoil it here. Let’s just say that the information Garrison received upon his initial renaissance is unreliable at best.

Until all of the questions are answered, “Bloodshot” is a competent piece of dark science fiction, substantially boosted by strong effects and dramatic style. Freshman director David S.F. Wilson has flair for this sort of material, painting his near-future in deep reds and blacks (with ample help from cinematographer Jacques Jouffret).

After the film shows its hand, however, the proceedings drag. The last act of “Bloodshot” is a half-hearted imitation of Marvel-style spectacle, a parade of improbable (if acceptably choreographed) fight sequences. These don’t quite erase the film’s virtues, though you wouldn’t call the conclusion satisfying. A rote performance from Diesel, who remains incapable of carrying a picture on his own, further burdens the film.

The Marvel imitation is probably intentional; “Bloodshot” is intended as the first chapter in an interconnected series based on various Valiant Comics properties. It doesn’t make a good case for a franchise; at best, “Bloodshot” can help pass the time.