Brad Pitt stars in a hypnotic masterpiece of science fiction. 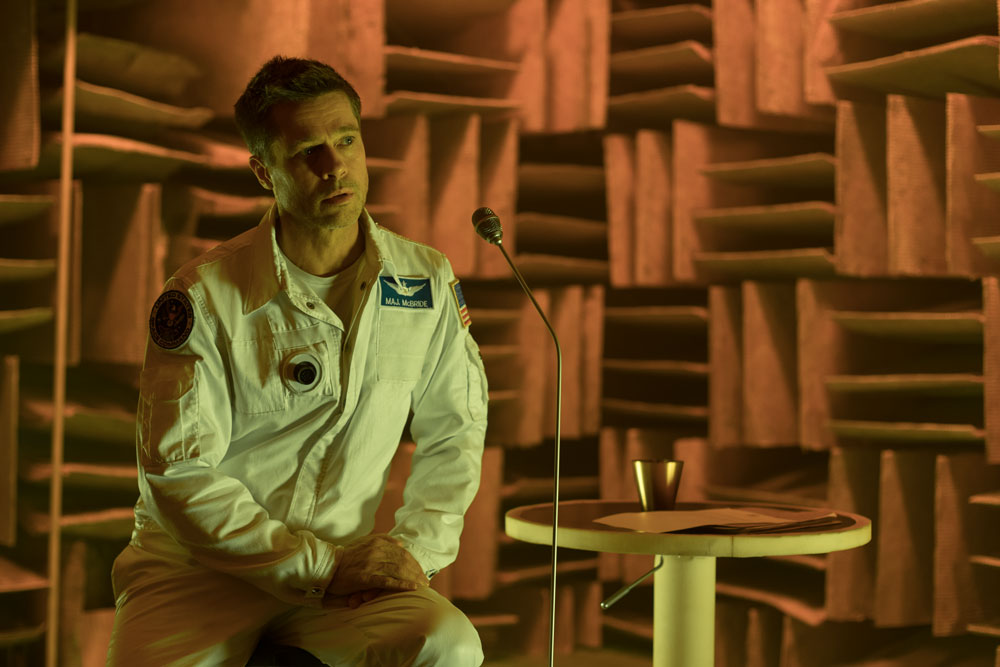 It’s fitting that “Ad Astra,” a breathtaking, hypnotic work of science fiction, arrives about a year after the biographical film “First Man.”

The latter film, a visually magnificent lionization of Neil Armstrong, was itself excellent. Among its strengths was a bold recapturing of the romantic journey into the stars; “First Man” revived the mid-century mystery and drama of mankind’s tentative toe-dips into infinity. What “First Man” was not, however, was a deconstruction; while it occasionally dared to complicate the character of Armstrong, it did not question him.

“Ad Astra” is that deconstruction. It exposes the absurdities at the core of the lonely-hero narrative; the film demands that we not only accept that the rugged, stalwart cowboy does not exist, but that adventurous narrative structure itself is a bold and brash lie. The tale will not resolve. The hero will not be redeemed. The audience will not be coddled.

Major Roy McBride (Brad Pitt), a stoic and soft-spoken astronaut, barely survives an accident aboard a towering space antenna. He’s whisked into a meeting under the impression that he’ll be discussing the mishap but is instead informed that his father, long thought to be dead in the depths of space, may still be alive.

The elder astronaut, Clifford (Tommy Lee Jones), served as the head of an expedition to the far reaches of the solar system in search of extraterrestrial life. Officially, and to his family, Clifford was a lost pioneer. As Roy swiftly learns, however, the demands of the journey — is it plain cabin fever or something much more insidious? — had troubling effects.

McBride is sent on a cosmic errand to try to contact his father, via stops on the Moon (now featuring a depressing, pseudo-Soviet spaceport) and an American outpost in a remote corner of Mars. Each location and set piece is a master class in sparse, dazzling atmosphere; the look of “Ad Astra” is unforgettable, with every claustrophobic angle and wash of light as expressive as the score and script.

Director James Gray holds the audience by the throat, delivering a stunningly intense vision. He is aided by what may be Pitt’s finest performance, a weary and broken turn deserving of any film honor you can name.

“Ad Astra” is not the first film to take a sledgehammer to the hero’s journey, but few have delivered that beating with such virtuosic splendor. It is a disruptive masterpiece.

The 400-Word Review: Birds of Prey