The latest from Dreamworks Animation is ambitious, but derivative and dull. 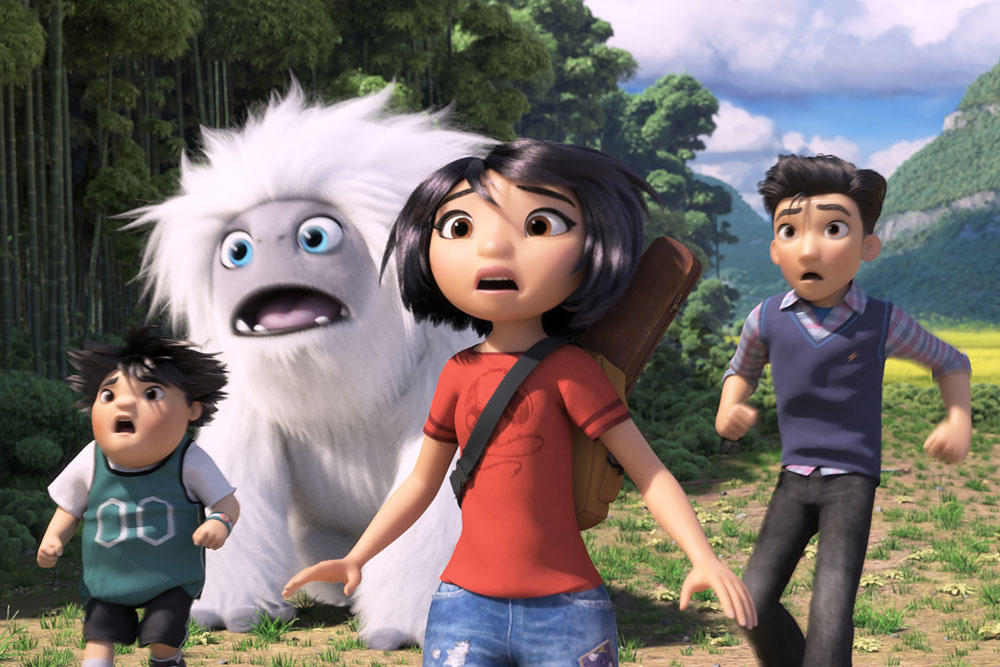 Dreamworks Animation is forever playing second fiddle to the two-headed monster of Disney and Pixar. (One head is a mouse, the other is a lamp.) For more than 20 years, the studio that Shrek built has been producing palatable, if effervescent, works of family animation that generally range from above-average (“How to Train Your Dragon”) to abysmal (“Trolls”).

Their latest, “Abominable,” is a clear lunge at something greater. Beautiful scenery, literal magic, an inspiring heroine and lovable creatures — the picture has the hallmarks of a winner.

It’s just deadly dull. Turns out you still have to make a good movie, no matter how noble your intentions are.

Yi (Chloe Bennett) has withdrawn from her family following the death of her father, determined to embark on the trip across China he planned for her. She hides from her loving, if overbearing, mother and grandmother in a rooftop haven that becomes the hiding place for an escaped yeti.

The beast — she calls him Everest, after his purported homeland — is on the run from a maniacal adventurer (Eddie Izzard) and a conservationist (Sarah Paulson). Yi helps him escape, unwittingly pulling neighbors Peng (Albert Tsai) and Jin (Tenzing Norgay Trainor) into the adventure.

A side note: the actor who provides Jin’s voice is the grandson and namesake of Tenzing Norgay, one of the first two men to reach the summit of Everest — the destination in this movie. That’s quite an anecdote! (I include it here, obviously, to put off talking about the film.)

There are a couple of beautiful sequences in “Abominable,” including a breathtaking sequence that sees Yi play a violin (infused with yeti magic) on the lap of a towering statue. Flowers materialize on the ancient stone as the music swells; it’s a moment which would be memorable and enchanting, in a movie that earned it.

“Abominable” does not, unfortunately. The plot is rote (much is lifted from “Up,” and Paulson’s character has a designed ripped from “Brave”), the characters are dull and even the adorable yeti at the heart of the film is just a slight tweak on Toothless, the central lizard from the “Train Your Dragon” franchise.

There’s one thing I absolutely loved: A recurring bit about a whooping snake. There wasn’t nearly enough whooping snake. Although I fear that by saying that, I’ve fated the world to a “Minions”-esque spinoff.