The 400-Word Review: A Beautiful Day in the Neighborhood

Marielle Heller's film about a jaded journalist is a wonderful trip to Mister Rogers' Neighborhood. 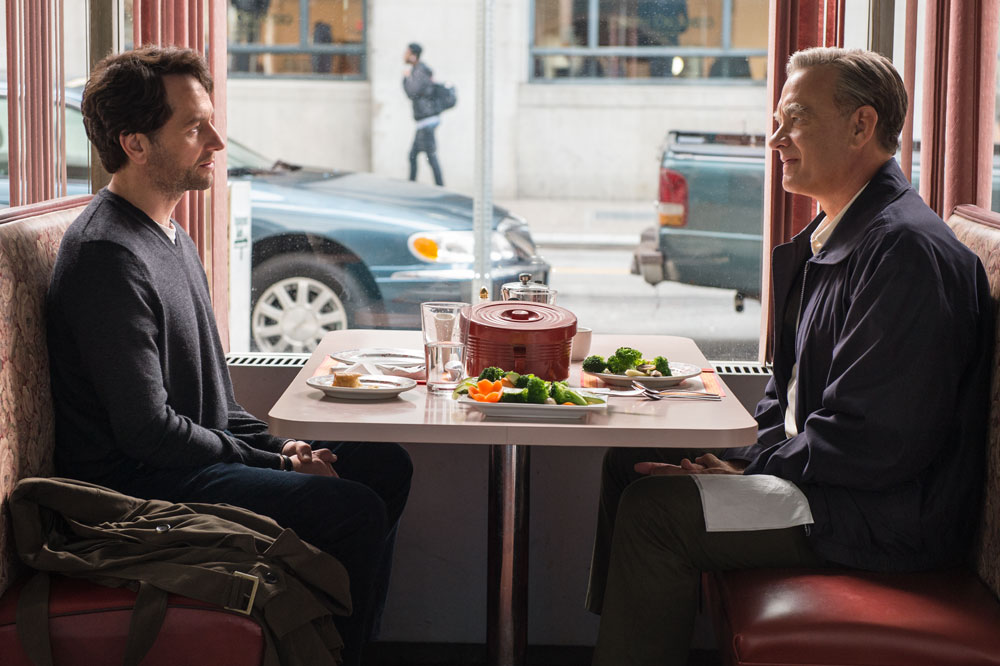 The film is about Lloyd Vogel. But it takes place in Mister Rogers’ Neighborhood.

Vogel (Matthew Rhys), a fictionalized version of the journalist Tom Junod, is assigned to write a profile of Rogers (Tom Hanks) for Esquire. The film “A Beautiful Day in the Neighborhood” is about the journalist’s life and transformation as a result of meeting the gentle television host. It is presented, however, by Rogers — always with one foot outside of the narrative, delivering messages and wisdom to the camera.

Deftly directed by the wonderful Marielle Heller, the film is loosely adapted from Junod’s profile. That article, “Can You Say … Hero?,” illustrates who Fred Rogers was through a series of disarming anecdotes — or, rather, anecdotes of disarmament. The specifics of Rogers’ life mirrored his gentle addresses to his young viewers; so too does the film softly ask viewers to quietly step aside, watch and listen.

In the fiction: Vogel is distant and troubled. His wife (Susan Kelechi Watson) is raising the couples’ child with little help as Vogel rises as a lauded, if cantankerous, investigative journalist. His father (Chris Cooper) has re-emerged after decades of distance from his children; a confrontation at a wedding turns violent.

It is under these clouds that Vogel meets Rogers, his skepticism gradually melting away as Rogers shifts between the roles of subject, confessor and friend. Vogel’s question is one asked by many cynics: Can Fred Rogers be the real deal? Can that remarkably gentle and patient exterior be the whole story?

The fine documentary “Won’t You Be My Neighbor?” had one answer to that question; “A Beautiful Day in the Neighborhood” has another. Or, at least, it answers the question with another: Enough about Mister Rogers, how are you? You the viewer, you the person living in a modern world that, sadly, no longer has Mister Rogers to help. What feelings are you holding on to? Who have you not thanked today?

Ultimately, Vogel realizes that he is indeed a part of Mister Rogers’ Neighborhood and takes steps toward becoming a better neighbor. It is an excellent, inspiring and moving film — one that defies any critical distance or detachment. Like Vogel, you may walk in with your own troubles; you will leave differently.

It may be Vogel’s movie, but it lives in Mister Rogers’ Neighborhood. We all live there. We just forget sometimes. “And,” as Rogers says, “that’s okay.”

“A Beautiful Day in the Neighborhood” opens in wide release on Friday, Nov. 22.