The Golden Globe-winning war epic arrives in Pittsburgh — and it's one of the best films of 2019. 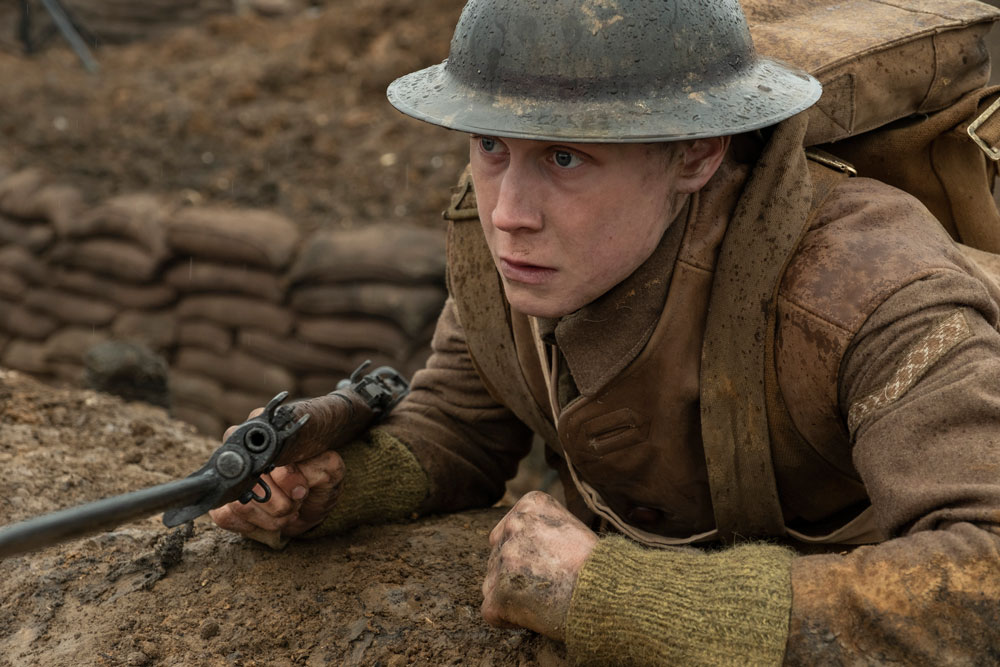 Classified very simply, “1917” is an action film. An elegant one — perhaps the most impressive in years — and a somber one, but an action film nonetheless. The task is physical and immediate; the stakes are dire and violent.

More specifically, “1917” is a lesson in time, tenacity and suffering. Unfolding almost in real time and presented as one continuous shot, the excellent war epic undoes an illusion most movies create. Editing is usually used to compress time, highlight and summarize; in “1917,” we are forced to reckon with both the immediacy and persistence of battle. The one-single-shot presentation has been used before, often by very good films; never has it been so powerful.

We meet a pair of young soldiers — William Schofield (George MacKay) and Tom Blake (Dean-Charles Chapman) — in a quiet moment near the trenches of northern France. A visiting general (Colin Firth) assigns them a stunning task: Deliver an immediate and urgent message to a battalion miles away, where an attack is being prepared. The Allied troops there believe the opposing forces are in the midst of retreat; new intelligence has revealed that they’re actually walking into an ambush. Should Schofield and Blake fail, the troops — Blake’s brother among them — will be massacred.

There is no period of preparation, no moment for the young men to plan or even consider the task ahead. They begin hustling through trenches immediately before crossing a stretch of No Man’s Land; in the space of half an hour, they’ve gone from resting under a tree to breathlessly navigating an abandoned German encampment.

There are periods of pure terror (a scene in a dark, rat-filled trench is horrifying) and moments of bitter sadness. Some sequences thrill; others are almost too disheartening to endure. Viewers will find it nearly impossible to look away, however; the soldiers keep moving, and we keep watching.

Director Sam Mendes, who co-wrote “1917” with Krysty Wilson-Cairns, has explored life during wartime before — his “Jarhead” is an interesting, if flawed, study — but he hasn’t made anything this transcendent since his 1999 debut, “American Beauty.” Much of the praise should be delivered to cinematographer Roger Deakins and editor Lee Smith, as well as the lead performers. All of the above, however, disappear into the narrative fog; this is a movie one does not watch so much as witness. It simply must be seen.