Greg Victor talks about the service and spirit of the International Free Expression Project. 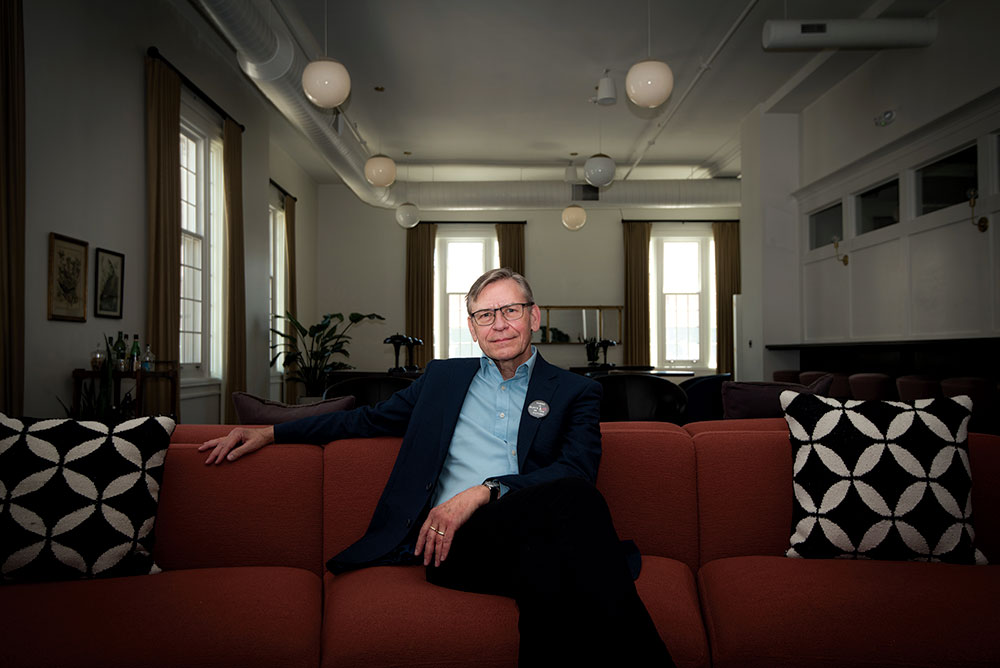 The International Free Expression Project spotlights a quote from poet Limani David: “Your spirit lives on in your work. You decide what manner of work that will be.”

For Greg Victor, that work is service.

Victor, the CEO and founder of the International Free Expression Project (IFEP), worked for 35 years as a journalist. During his two decades at the Pittsburgh Post-Gazette, Victor mentored foreign journalists who came to Pittsburgh from war-torn or politically imperiled countries — an experience that drives him today.

“As an American journalist, I had it easy,” Victor, 66, says via Zoom from his home in Mt. Washington.

“We took for granted the right to be able to criticize our government while other journalists faced horrible punishments — chased out of their countries, families threatened, being made to kneel on the ground with a gun to their head — all for trying to tell people what their leaders were doing.”

In 2016, when the Pittsburgh Post-Gazette left its Downtown location, the printing presses were left behind to be scrapped. He appreciated the historical value of the machines, descendants of a newspaper dating back to 1786. He also appreciated the symbolism.

The IFEP was born, and with it, an idea: the creation of a monument, built with parts from those old presses.

“It’s a little grandiose, but think of the Statue of Liberty, a symbol for free expression at the gateway to Pittsburgh,” Victor says. That initial goal, already underway, has grown into a four-tiered plan to support free expression throughout the world.

In addition to the public art project, the IFEP team’s plans include developing a creative space inside the former Post-Gazette press room, establishing educational programs devoted to free-expression activism, and supporting artists by commissioning and exhibiting their work.

My interest in journalism goes back to my first year at Ohio State. I was not college material. I ended up quitting after a year. Then I worked construction in Cincinnati, my hometown. While I was working construction, I’d write letters to a friend at Ohio State. She’d say, “You write pretty well. Have you thought about writing?” I hadn’t.

I liked working construction. But there came a day, about 10 months in, we were pouring footers for a nursing home — huge, concrete foundations. You have to pour all the concrete in one day. We got out there at 6 a.m., really cold rain. After about 12 hours, I decided I could probably find something else to do.

I went back to Ohio State. A counselor said, “Have you thought about journalism?” I hadn’t.

So, what is journalism? It’s going around and finding things to write about, snooping in other people’s business, learning. I thought that sounded okay.

Journalism feeds curiosity. You’re always asking, “How’s that work? Why are they doing this? Where did that policy come from?” You go out and find out and you learn. Then you write about what you learned, and you tell other people.

At Ohio State, I joined the student newspaper, The Lantern. We spent a lot of time criticizing the university president and administration and especially the revered football coach, Woody Hayes, who had a habit of losing his temper when journalists asked questions he didn’t like. He’d punch journalists. We called for his firing every other week.

We didn’t get him fired, but he did end up getting fired. During one game, OSU was losing. A player on the opposing team ran along the sideline. Woody hit him. Moral of the story — you can punch a journalist but not another player. Maybe that’s where my interest in journalism advocacy starts — with abusive football coaches.

The situation for journalists in the world is terrifying. What happened in Belarus recently is madness. A dictator has one of his military jets bring down a commercial airliner with a journalist on it simply because the journalist wrote unfavorable things about him — mostly that the dictator did not win the election he claims to have won. And now the journalist and his girlfriend are being held and tortured and forced to give false confessions on television.

One reaction to this is despair. The number of death threats journalists are receiving is horrifying.

As a journalist, you’re trained to be fair. You check facts. You correct your mistakes publicly. As a watchdog on public officials, you try to expose wrongdoing.

When journalists who abide by those values are threatened, undermined, people can’t govern themselves sensibly. It gives an opening to authoritarians or authoritarian wannabes.

How far gone are we right now, I don’t know. Democracy is at stake. The whole lie that Donald Trump won the 2020 election is being used to undermine voting rights and gain control of the levers of power. For one party to be based on a personality — it’s authoritarianism 101.

Still, we have to keep working. We need to work on media literacy to help people recognize when something is well-grounded in facts. I founded the International Free Expression Project to amplify the message that we have to protect each other’s rights — in written words, in speech, in art or just in being who you are.

If we stand by when others are silenced or thrown into jail or even killed because of their political points of view, because of what they said, because of corruption they uncovered and government or human rights abuses they’ve been fighting against — if we stand by and let that happen, it’s going to happen to us, too.

Lori Jakiela is the author of the memoir “Belief Is Its Own Kind of Truth, Maybe” and several other books. She lives in Trafford and directs the Creative and Professional Writing Program at Pitt-Greensburg. For more, visit: lorijakiela.net.

This article appears in the August 2021 issue of Pittsburgh Magazine.
Categories: Stories of Our Neighbors