Spotlight on Pittsburgh Theater: The Artist and the Afterlife

Adil Mansoor will direct “Plano” at Quantum Theatre this month before going directly into his autobiographical play “Amm(i)gone” at KST’s Alloy Studios. 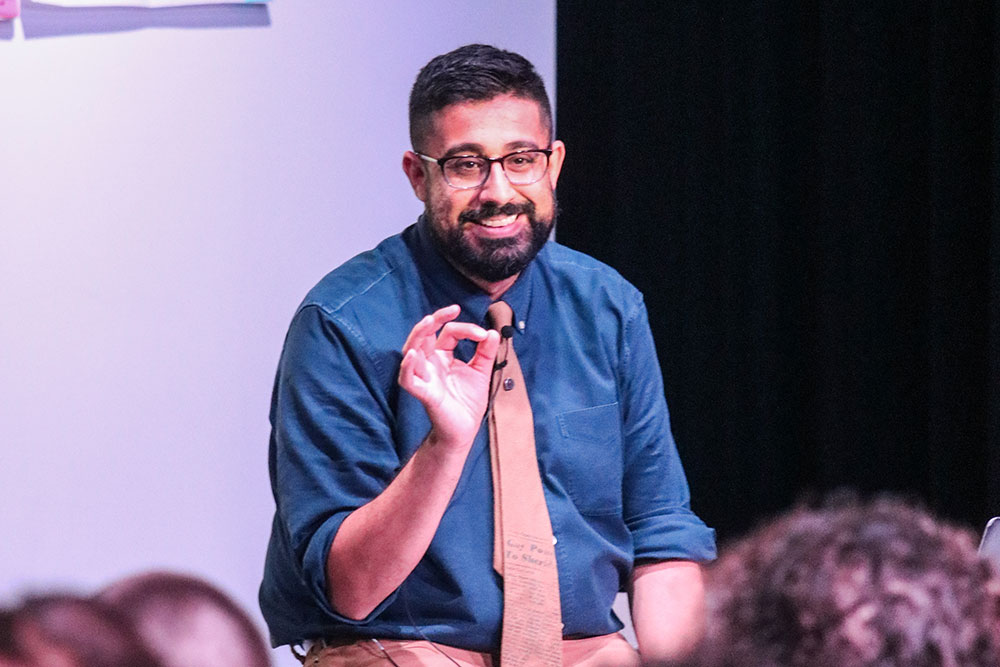 Not long after Adil Mansoor moved to Pittsburgh in 2010, he started emailing arts leaders across the city wanting to meet and connect.

Out of all of those emails, he received just one or two responses. One was from Quantum Theatre founding Artistic Director Karla Boos.

“We met at Kelly’s and cried about Moliere,” Mansoor says. “Well, I cried.

It’s been his artistic home ever since, as the 36-year-old has founded an arts collective, earned his master’s degree in fine arts in directing from Carnegie Mellon University, and worked with numerous arts organizations, including Dreams of Hope, Staycee Pearl Dance Project and The Andy Warhol Museum.

This month, he’ll have two productions on stage: the first with Quantum, as he directs Will Arbery’s “Plano,” and the second at Kelly Strayhorn Theater’s Alloy Studios, where he’ll perform “Amm(i)gone,” his solo autobiographical show about queerness and kingship.

“In certain ways, these three months [leading up to the shows] are me living the dream,” he says. “I get to be that person that I wanted to be … my weird, queer, Pakistani Muslim self.”

“Plano,” which runs April 1-24, is a homecoming story, both in its context and for Mansoor — he first worked with Quantum in 2015 when Hatch Arts Collective, which he founded with Paul Kruse and Nicole Shero, produced their original play “Chickens in the Yard” with the company. He also directed “The River” for Quantum in 2016.

Boos says it’s a beautiful thing that Mansoor pitched “Plano,” the story of three sisters in Texas trying to break free from their own legacy, to Quantum.

“It’s a play I never would have found or decided to do or come to be really dazzled by but for him,” she says. “And I just really love that because it’s kind of like a full circle of a relationship.”

“It’s so up my alley of the kind of text I’m excited by … I think I’m drawn to plays that have really human-centered stories that are great character plays with really solid relationships and the narrative is pushing forward some kind of shift in that relationship,” he says. “‘Plano’ is that but it’s resisting it.”

He’s been developing “Amm(i)gone,” which opens April 22 and continues through April 30, for a few years as an adaptation of Sophocles’ “Antigone”; it’s being produced by Kelly Strayhorn as a co-commission with the Theater Offensive, based in Boston, through a partnership with the National Performance Network.

Mansoor looks at the play, where Antigone decides to bury her brother against the king’s orders, as a way to examine his relationship with his devout Muslim mother, who found out about his queerness via Google.

“Since then, and for lots of different reasons, she’s turned to her faith and prays for me to return to Islam to save me in the afterlife, and I’m now spending hours in my life to understand that in a form of care,” he says. “And she does care for it and it’s out of deep, deep love, but our understanding of the afterlife is very different.”

He worked with his mother to develop “Amm(i)gone”, and Mansoor says he feels as though he got to “come out” to her as a director and give her a glimpse into what he does as an artist.

“What we’re learning is a new way to talk to each other, and we’re seeing each other in different lights,” he says. “I got to hear my mom talk about the first play she was in when she was in 5th grade. She’s approaching 60 but she could still remember her lines. And I was like, I dare you to tell me theater doesn’t matter.

“‘Plano’ and ‘Amm(i)gone’ are so, so, so different, but at their heart, they’re about family and belief and loving people so hard you don’t know where to put it.” 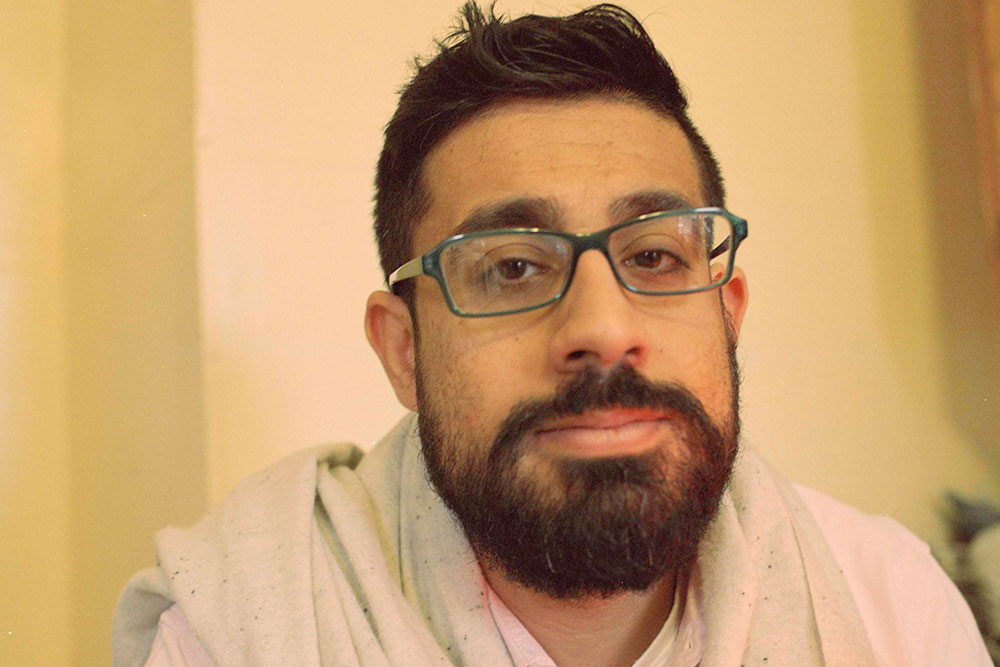 Mansoor has held positions in various capacities with Kelly Strayhorn as well as several other arts organizations in town since moving here from Chicago. In December, he was named one of the inaugural four artistic caucus members in a newly formed collaboration between Baltimore Center Stage, Woolly Mammoth Theatre Company in Washington, D.C., Long Wharf Theatre in New Haven, Connecticut and the Repertory Theatre of St. Louis. He also was recently named a Sundance Institute 2021-2022 Art of Practice Fellow and a 2050 fellow with the New York Theatre Workshop, which will allow him to develop new works and connect with artists across the country. Each Sundance artist is matched with several others to meet, whether in-person or virtually, and generate ideas.

“Some of them are people you’ve never heard of before and some are [two-time Pultizer Prize-winner] Lynn Nottage,” he says.

He’s also, with artist atiya jones, behind Time Sensitive, an artist-led year-long residency connecting queer, BIPOC artists with time and resources; it’s funded through the local Arts | Equity | Reimagined Fund, which was launched during the pandemic.

“Often what we see in our field is the folks who rise quickly are folks who have inherited wealth, and it segments and segregates our artistic field pretty quickly and so this program is trying to interrupt that,” Mansoor says.

Another facet of the arts world the pandemic has shifted as more has gone virtual is the feeling that you need to be in New York or Los Angeles to succeed, which has been a relief for Mansoor.

“Pre-pandemic, I was starting to feel like, how do I have a national arts career and keep Pittsburgh as my home? I really love this town. I really love my queer family here. I like the pace here … I want to be [a] freelance director … and I want to tour my work nationally but I don’t want to leave Pittsburgh.

“Those two things felt like competing realities. Quarantine seems to have turned that around.”

This article appears in the April 2022 issue of Pittsburgh Magazine.
Categories: Arts & Entertainment, From the Magazine