Spotlight on Music: Rock Out for Women’s Health

Women Who Rock will use both its benefit concert and pop-up shop to provide awareness and funding to Magee-Womens Research Institute and Foundation.

This all-female concert has a heavy lift: shining a spotlight on the gender disparities in both the music and health care industries. Based on the success of past years, it’s up for the task.

Local organization Women Who Rock will host its annual benefit concert, with a lineup of both local and national musicians, for Magee-Womens Research Institute and Foundation at Stage AE on the North Shore on Saturday, Oct. 15.

“Audiences can always expect a night they will never forget because we never produce the same show twice. It’s always a surprise every year [regarding] the music talent, since we mix genres,” says Melinda Colaizzi, founder and CEO of Women Who Rock. 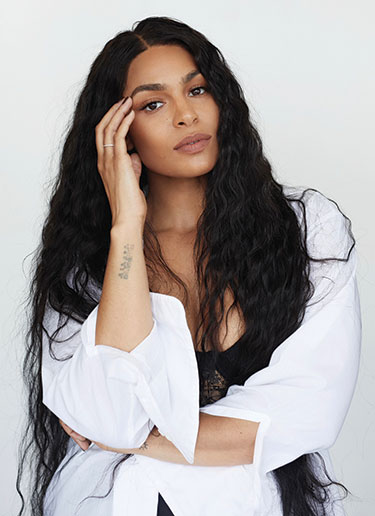 Aside from the music, there will be an interactive beauty bar, a VIP happy hour and lounge, a photo booth, silent auction, a pink carpet entrance, several signature cocktails and more.

Women Who Rock has also expanded to a pop-up shop at SouthSide Works, open until the end of the year. A portion of the proceeds from the Women Who Rock apparel and accessory line will go to Magee-Womens Research Institute.

Behind the event is a committee of 16 Pittsburgh women.

A Pittsburgh native and musician, Colaizzi founded Women Who Rock on the precept that women are underrepresented both in music and in health.

“Many times I was the only female rock singer and guitarist on musical festival lineups, so I had always really experienced the gender disparities found in the music industry,” says Colaizzi.

After both performing and working in the music business in Los Angeles, Colaizzi decided to move back to Pittsburgh when her mother was diagnosed with cancer. Through her experience, Colaizzi learned about the lack of research regarding women’s health.

“I discovered that Pittsburgh was home to Magee-Womens Research Institute, which we are so lucky to have,” says Colaizzi. “They are our nation’s first and largest research institute dedicated solely to women’s health. The more I was learning about gender disparities that both women in music and women’s health face, I thought, ‘Wouldn’t this be a really powerful way to get awareness out there and to shine a spotlight on women in music?’”

Since its first show five years ago at Hard Rock Cafe in Station Square, Women Who Rock has grown and expanded. Not only is the concert scheduled as an annual event at Stage AE, but it has also begun spreading across the country with pop-up concerts in Nashville, New York City, Baltimore and Niagara Falls. The first Women Who Rock benefit concert in Los Angeles was held in May. 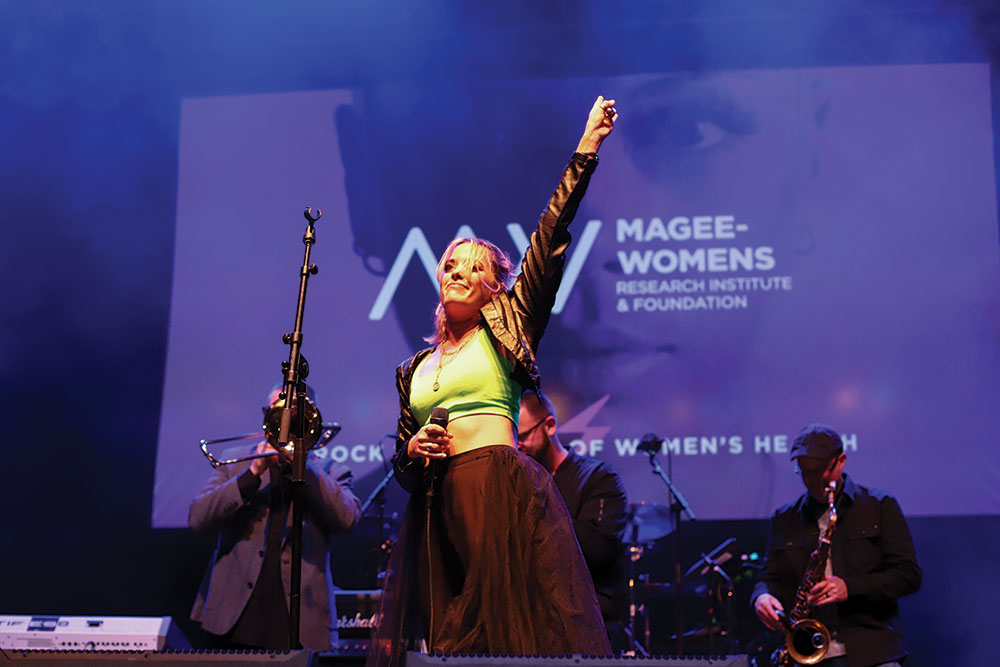 JACKIE POPOVEC, LEAD SINGER OF THE VINDYS, PERFORMS AT THE 2021 WOMEN WHO ROCK CONCERT

A key aspect of each show is the Women Who Rock Impact Award, which honors a woman who has made a significant contribution to either women’s health research or the music industry.

Rohan has worked as an investigator for both the Magee-Womens Research Institute and the Microbicide Trials Network Laboratory, where she conducted clinical trials regarding HIV/AIDS. Additionally, her own lab, The Rohan Pharmaceutics Laboratory, has worked extensively in product development dedicated to fighting sexually transmitted diseases and HIV.

Colaizzi stresses that there is still more to be done — both in music and health care.

“On average, women only make up 19% of the average music festival, so we still have so much more work to do to make it more of an equal playing field,” says Colaizzi. “Women’s health is still very much understudied and underfunded — women weren’t even included in clinical trials until the mid-’90s, so we still have a lot of catching up to do.”

Regardless, Colaizzi remains hopeful that the work Women Who Rock is doing will continue to be influential.

“I believe through the power of this platform that we can really impact the future of women’s health for generations to come,” says Colaizzi.

This article appears in the October 2022 issue of Pittsburgh Magazine.
Categories: Things To Do