Southern Cuisine Served with a Big Side of Hospitality

Sugar and Smoke owner Andrea Robinson not only wants to feed customers of her new eatery in Bloomfield –– she wants to know their names. 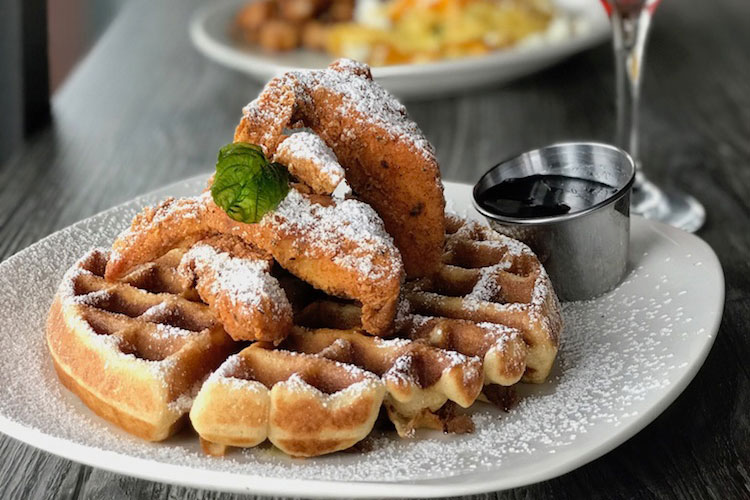 The space that formerly housed longtime Pittsburgh staple Del’s Bar & Restaurant (and, briefly, Jabo’s Smokque House) has transformed to Sugar and Smoke Southern Kitchen and Bar, a classy but welcoming dining space. Champagne accents and a large back bar invite a mid-afternoon drink while the back dining rooms and azure-lit lounge welcome guests for a longer, more intimate stay.

Providing a welcoming space for everyone is owner Andrea Robinson’s top priority for Sugar and Smoke, which opened in mid-September. Genteel touches like immediately and warmly greeting customers, learning their names and holding doors are all important points of service for Robinson.

Robinson, 31, grew up in Pittsburgh with ten siblings and fondly remembers cooking and eating meals with her family. When she and her 6-year-old daughter, whom she affectionately calls her silent partner, moved to Houston for a few years, Robinson enjoyed the hospitality (as well as the creole cuisine) she encountered there.

Glancing around the dining at around 1 p.m. on a Tuesday, one of the things that stands out is the many kinds of people that had come to dine; two police officers, a young business woman having lunch solo, a group of grandmotherly ladies joking at a back table. “We’ve had people from all different walks come here. We step out of the boundaries. No matter your ethnicity or the color of your skin or how much money you have in your pocket. I want everyone to be comfortable. That’s what I experienced in Houston. We really want you to come and feel like you’re at home and amongst friends,” she says. 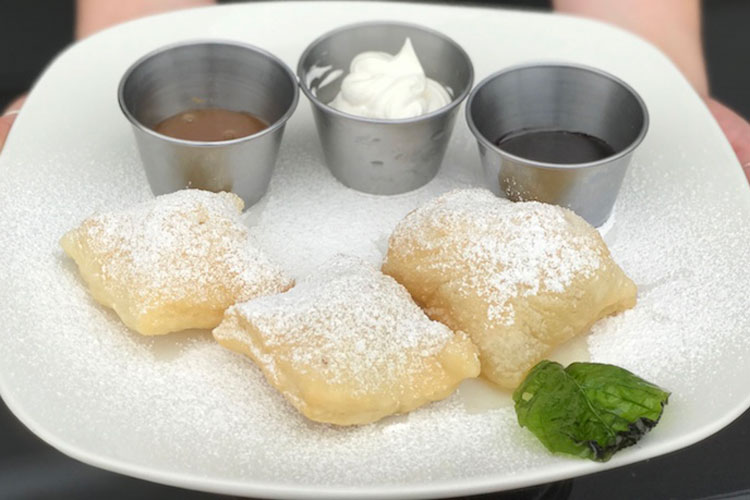 The hospitality isn’t the only thing that takes its inspiration from the South. The kitchen, led by chef Maurice McQueen, focuses on southern cuisine, with staples like fried green tomatoes and shrimp and grits front and center. Collard greens, pulled pork and mac and cheese round out more southern staples, while she-crab bisque reaches a little more deeply into the cuisine. As with many newly-opened establishments, some of the dishes are still finding their sweet spot; for example,  the bun on my sandwich was a little over crisp and the mac and cheese is yet to reach full creamy glory. The fried green tomatoes were a delight, perfectly battered and fried with cornmeal. Eventually Robinson and McQueen intend to launch a catering arm of Sugar and Smoke.

Sugar and Smoke features four semi-distinct spaces; a front bar, two dining rooms, one of which can be a private gathering space, as well as a back lounge area for relaxed gatherings. The back lounge has its own private bar, booths with low tables and is lit by soft blue lighting that differentiates the tone from the bustle of the rest of the space.

The bar space, which seats around 30, offers 20 taps, wines and a list of southern-inspired cocktails, including classic sazeracs and mint juleps as well as s take on a sidecar aptly named A Streetcar Named Desire.

Robinson commissioned Pittsburgh photographer and artist Emmai Alaquiva to curate the space. Large black and white portraits of a diverse group of subjects hang in the restaurant, including one of Robinson’s smiling daughter, front and center. Robinson intends to have the art grow with the space.

She has already begun to welcome the Pittsburgh music community by hosting shows with several jazz and acoustic artists like the Funky Fly Project and Kevin Howard. The Pittsburgh jazz community particularly, has lost so many of its restaurant spaces in the last five years, including James Street and CJ’s, that it’s hopeful to have a new venue to host some of its talent. Seeing a show in a darkened restaurant at a table invokes such a different feeling than seeing on in a concert hall and pulls deeply on Pittsburgh’s musical roots in the Hill District and spaces like the Crawford Grill. Robinson aims to pull some of this community feeling back into Bloomfield with Sugar and Smoke.