The executive chef/co-owner of Cure and Morcilla responds to backlash to his recent Cure'ated Dinner Series menu. 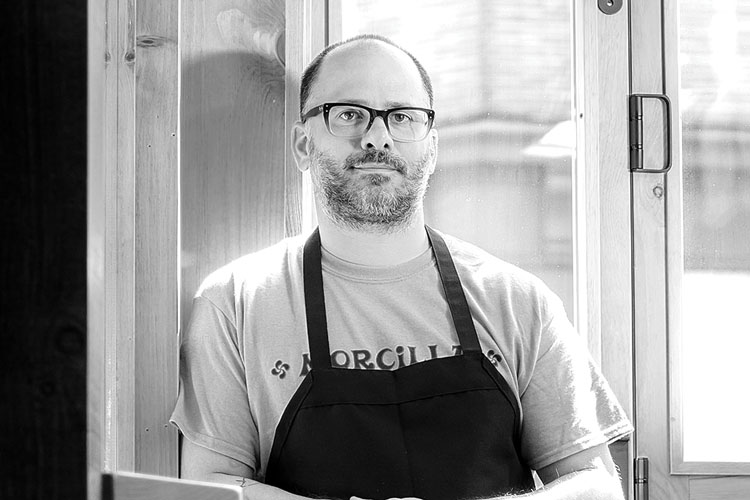 Justin Severino, owner of Cure and Morcilla in Lawrenceville, is facing backlash after serving horse tartare as a menu item at Monday’s Cure’ated Dinner Series popup with Canadian chefs Nate Middleton (Home of the Brave) and Scott Vivian (Beast).

The backlash comes in the form of angry comments to Cure's Facebook page after the restaurant posted a picture of the dinner's menu on Monday.

Consumption of horse meat carries a heavy social burden in the United States as horses largely are viewed as companion animals.  In Canada, Hungary, Spain and other countries, however, there is a longstanding cultural history of consumption.

“Eating horse is a much more common thing in Canada. And they [Middleton and Vivian] wanted to represent the food culture of where they were coming from,” says Severino.
​
Severino owned a butcher shop in Santa Cruz focused on ethically sourced meat prior to opening Cure.

“I’ve educated myself on the life and death of animals. I’ve been to commercial chicken and pork operations and to slaughterhouses. Because of that and other reasons, we decide to purchase food in the way that we do,” he says.
​
Severino says the horse meat was purchased from a ranch in Alberta that raises horses as livestock in a fashion similar to the way pasture-raised meat producers grow cattle in the United States. His process for obtaining the meat followed the same set of ethical standards he uses when procuring any other animal protein served at the restaurant, he says.

“Do you know where it came from? Did you have a relationship with that producer? Yes and yes. I’m 100-percent aware and in agreeance to the critique is that most of the horse industry is terrible and inhumane. That’s not where we got this from. It was in line with the process of any dish we put on the menu at Cure,” he says.

He adds that serving the tartare was a one-time occurrence, and he hopes people will view his decision to serve it in the context of the geographic focus of the popup. Horse meat hasn’t been nor will it be a regular item on the restaurant’s menu.