See The New Design Plans For Tree of Life in Pittsburgh

They include a museum, memorial and more. 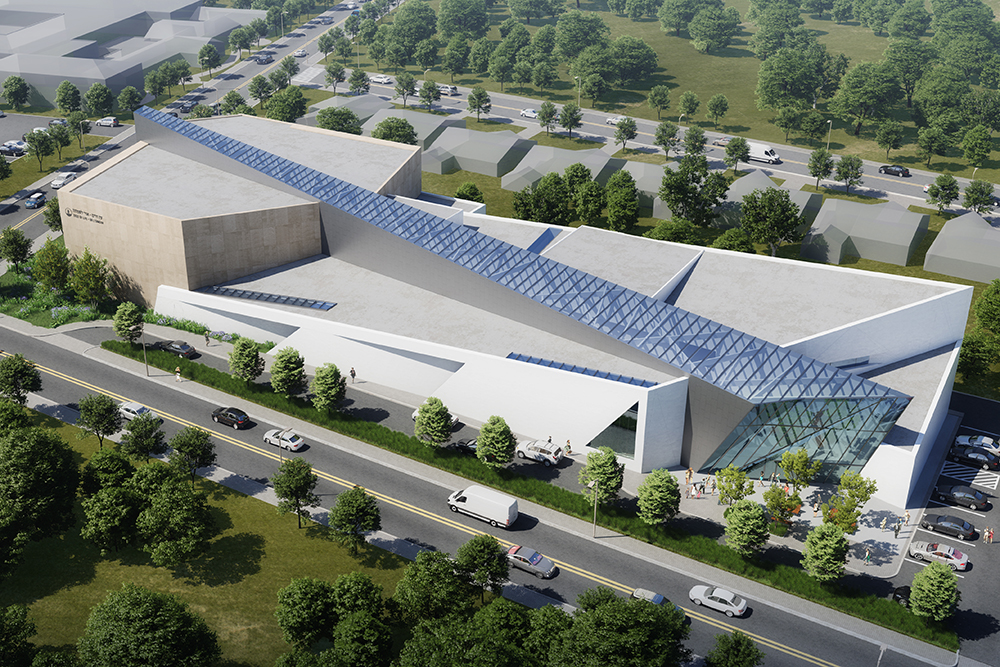 In 2018, the Tree of Life synagogue in Squirrel Hill made international news when a gunman entered and killed 11 Jews from three congregations during Saturday services. Now, its caretakers hope to transform the building into a revitalized space with a new and expanded mission to combat the antisemitism that has marred its history.

Design plans released by Lifang Vision Technology show an almost entirely renovated complex that includes a sanctuary, museum, memorial and center for fighting antisemitism, all beneath a dramatic skylight spanning the length of the building. Plans also include a new Tree of Life nonprofit organization that would work with the congregation, oversee the complex and offer education, exhibits and programming to counter bigotry aimed at Jews and other marginalized groups.

The task has been designated to renowned architect Daniel Libeskind, whose prior projects include Jewish museums, Holocaust memorials and the master plan for the development of the World Trade Center after 9/11. He is the son of Holocaust survivors, and told the Associated Press that the project “means something very deep” to him. When they first came to the U.S., he and his family were even helped by the same Jewish refugee aid organization the gunman had condemned online.

“We were able to be Jews in America,” he said to the AP. “That was like another promised land. Who would have ever thought America would be a country where Jews would be targeted for being Jews?”

The synagogue’s main sanctuary, which wasn’t being used on the day of the attack, will be retained in the design plans, but other parts of the building will be completely removed, including a separate chapel where most of the killings took place. (Its historic stained glass windows, however, would be preserved.)

The skylight, spanning the entire length of the roughly 45,000-square-foot complex, has been titled “the Path of Light.”

“The Path of Light will bring a sense of optimism and hope to all the spaces within the Tree of Life, while creating the flexible and much needed spaces to realize their mission of inspiring people of all backgrounds and faith to unite against hate in our society,” Libeskind said in a statement.

Finally, a new addition, framed by angled exterior walls — a hallmark of Libeskind’s previous projects as well — would incorporate the museum, a memorial to the victims and space for education and other programming. Programming would include exhibits telling the story of past and present manifestations of antisemitism, including the Holocaust and the 2018 attack in Squirrel Hill, along with additional messaging on ways to counter antisemitism and other identity-based hate. 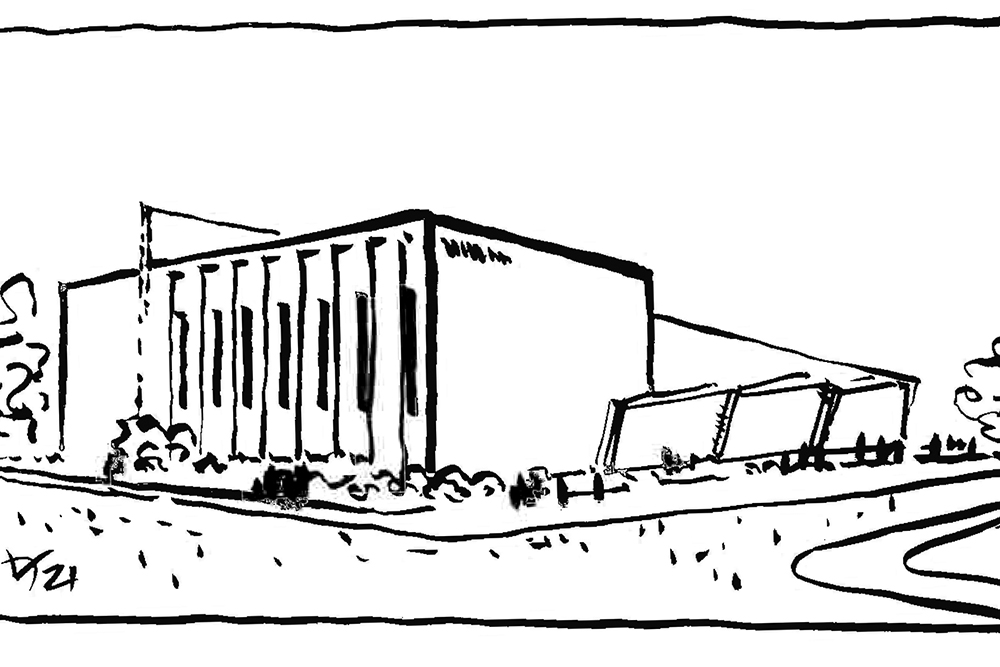 PHOTO VIA DANIEL LIBESKIND | A SKETCH OF THE TREE OF LIFE SPACE.

It’s something those most affected by the attack are looking forward to.

“I will forever be grateful for the wellspring of love that continues to flow over and through our community from all parts of the world to take the horror of [Oct. 27, 2018], and create something beautiful that changes our country and our world,” Rabbi Jeffrey Myers said in a press release sent out by Tree of Life this morning. Myers survived the attack and serves as the honorary chair of the REMEMBER. REBUILD. RENEW. campaign supporting the new Tree of Life.

“Our path forward imagines a future without antisemitism because we know all too well the pain and devastation it causes. Antisemitism is not just a Jewish problem. It is everyone’s problem, and we are all bound to actively work toward its end,” he added. “We did not ask for this responsibility, but we cannot ignore it.”

Myers will continue to serve as the rabbi for the Tree of Life*Or L’Simcha Congregation, one of the three congregations affected by the attack, along with Dor Hadash and New Light.

The new Tree of Life organization will be led by a CEO and governed by a board of directors separate from the congregation. The new board will also oversee the building. Additionally, the Holocaust Center of Pittsburgh will merge into the new organization, creating a single institution dedicated to ending antisemitism.

“I think many of us — myself included — felt compelled to do something following the attack, to take action in response to the hate-filled violence of that day,” said Michael Bernstein, chair of the Tree of Life Interim Governance Committee, which is overseeing the development of the new nonprofit organization, its programs and the building, in a statement. “When I learned about the effort to transform this site of tragedy and hate into a site of hope, remembrance and education, I was inspired to support the reimagined Tree of Life. I believe in our community’s resilience and our renewed mission to couple education with action to end antisemitism.”

Organizers say they don’t yet have a cost estimate or a timetable for the construction project; many details — including those of the memorial component — are still being finalized. The Interim Governance Committee said it plans to share more details with the community in November.

Organizers have been raising funds both locally and nationally. In late 2021, the state of Pennsylvania awarded $6.6 million toward the redevelopment of the site to “transform this site that has been marked by horror … into one full of hope, remembrance and education.”

“Years from now, when our children and our children’s children ask what we did after 10/27, the answer has to be that we did our best to make the world a better place for you,” said Jeff Solomon, chairman and CEO of Cowen, in a statement. Solomon serves as the co-chair of REMEMBER. REBUILD. RENEW.

“Our hope is to educate and mobilize people of all backgrounds to counter antisemitism by shining a light on the root causes of identity-based hate and fostering a greater sense of empathy for one another,” he added. “We also hope to create an eternal memorial of those lost on 10/27 and to establish a safe place for prayer and Jewish life.”