Officials say the grant will help transform the site of the Oct. 27, 2018 tragedy into a place of hope, remembrance and education. 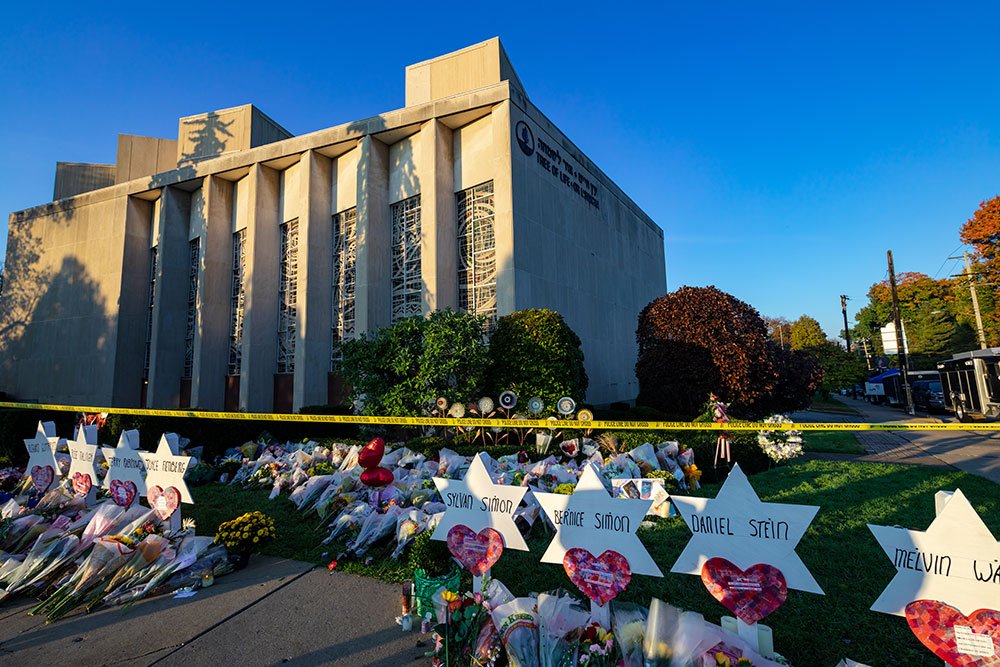 More than halfway through this year’s Hanukkah festival, Pennsylvania announced that one local synagogue will be receiving a notable gift.

State Sen. Jay Costa and Rep. Dan Frankel announced Friday that the commonwealth will award a $6.6 million grant to the Tree of Life synagogue, directed toward its restoration and rebuilding efforts.

The temple was the site of the deadliest antisemitic attack ever on American soil when a gunman opened fire on the morning of Oct. 27, 2018. Three congregations were holding services there that day — Tree of Life/Or L’Simcha, New Light and Dor Hadash — and 11 worshippers were killed in the massacre.

“After the attack on the congregations in the Tree of Life building three years ago, many noted that our community had joined a club that nobody wants to be in: those devastated by hate-driven violence,” Frankel said in a press release.

He added that the funding will help transform the synagogue from a place of tragedy to a place of hope, remembrance and education.

The funds come from the Redevelopment Assistance Capital Program, which supports “a multitude of projects statewide,” according to the release. It was a part of $54.5 million worth of projects around the commonwealth, and one of only two in Western Pennsylvania.

Last month, the state also awarded Tree of Life $200,000 for streetscape and pedestrian improvements outside of its building. Those funds, which come from the Commonwealth Financing Authority through the Multimodal Transportation Fund Program, will be used for pedestrian safety, disability accessible ramps, trees, planters and benches.

It will also help build a new garden to memorialize the victims of the Oct. 27, 2018 attack.

Tree of Life has said it plans to rebuild a safe and sacred space that will be both flexible and collaborative enough to meet the community’s diverse needs. It announced earlier this year that it plans to bring on renowned New York architect Daniel Libeskind to oversee its redesign. Libeskind, the Polish-American son of a Holocaust survivor, is known for his work memorializing historical trauma.

According to the Post-Gazette, the temple plans on modernizing its largest sanctuary, which was not being used on the morning of the shooting. It also plans to demolish and rebuild other parts of the structure, including the chapel and other areas where the violence took place.

“Rebuilding after this attack means so many things,” said Costa in a press release. “This project is for a reimagined space that is healing and welcoming — an honor to the memory of those we lost, and a haven for many years to come.”