Sarah Thomas Returns to Pittsburgh with a New Friend: Kalamata

Thomas, sommelier at Le Bernardin in New York (and co-creator of The Wine Room at Bar Marco in Pittsburgh) adds children's book author to her resume. 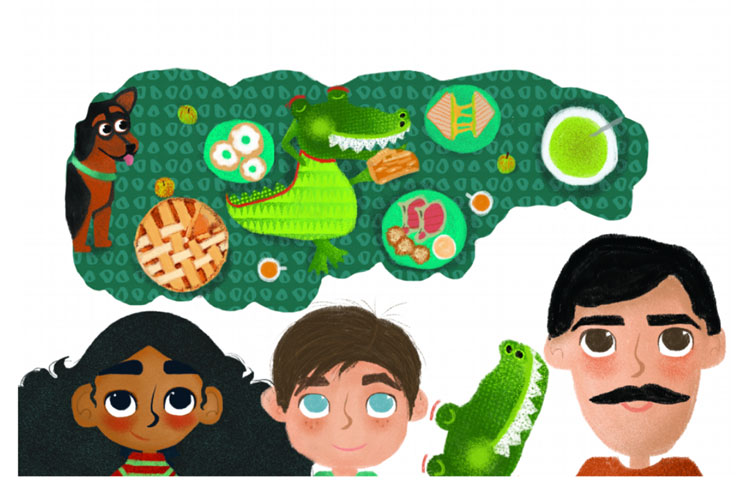 Sarah Thomas started her culinary adventures underneath a kitchen table in Somerset County. “My mom would be cooking, smashing up spices. It was a nice place for a kid to grow up in that kitchen surrounding,” she says.

As Thomas grew older, her kitchen surroundings became significantly grander. Thomas’ restaurant career began after she earned a master of philosophy degree in Renaissance English Literature at Cambridge University — she picked up a part-time gig bartending at Spoon in East Liberty while doing post-baccalaureate work at the University of Pittsburgh. After helping open The Wine Room at Bar Marco in the Strip, Thomas moved to New York City; she now is a sommelier at the three-Michelin-star restaurant Le Bernardin. While there, she earned an advanced sommelier certification and currently is studying for the formidable master sommelier examination.

With all that going on, she figured why not add “children’s book author” to the mix. It was hard to say no when her current business partner, Derek Wallace, approached her with an idea to become chief imaginator of Kalamata's Kitchen, where a bright kid named Kalamata, plus her alligator pal, Al Dente, would have adventures that bring food and families together.

Those evocative smells of the family kitchen, where her mother, Anna, would cook dishes of her native Kerala, India, still resonated deeply with Thomas. She started coming up with stories based around those recollections and crafted a character that often echoes her childhood. “Kalamata is a little girl who sits in a kitchen and reads books under the table and has her own adventures,” Thomas says. 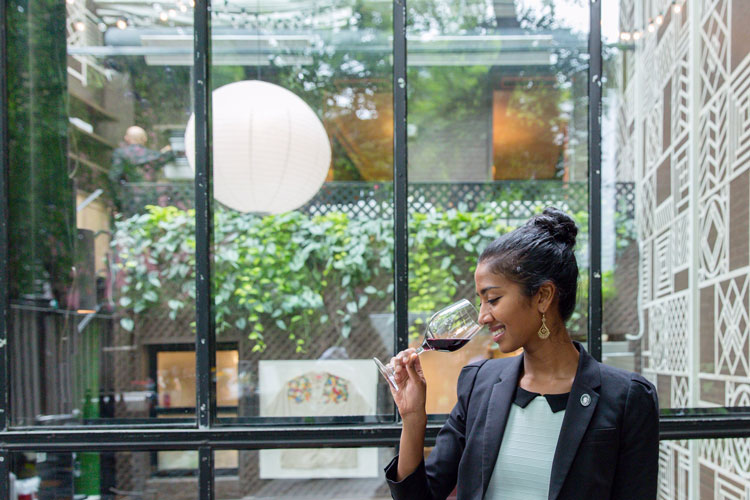 Each Kalamata story begins with a chef catching a whiff of something in Kalamata’s family kitchen that evokes a childhood food memory. Thomas uses interviews with the chef to craft the plot for each book; the chef then becomes part of the story. “We wanted them to be tied to communities with people who could be real role models for their kids,” Thomas says.

Kalamata’s first adventure was in Portland, Maine, with Illma Lopez, co-owner and pastry chef of Chaval and Piccolo (there was, of course, a Pittsburgh connection; Lopez’s husband and business partner, Damian Sansonetti, grew up here).

Thomas returns home for the series’ second installment. “We want to find people who have genuine, deep connections to their families,” she says when describing the process of picking a Pittsburgh chef. It was a tough choice; Thomas had connections with many family-minded chef role models. She selected Trevett Hooper, co-owner and executive chef of Legume, Butterjoint and Pie for Breakfast in Oakland, and father of five children, to join Kalamata and Al Dente’s adventure.

Hooper stops by Kalamata’s house, and he’s excited to share all the extra apples he has from his recent trip apple picking with his kids. Kalamata is antsy because her mom is making baked beans and it’s taking a long time for them to finish. Since Kalamata believes the kitchen table is magical and sitting under it can take you on adventures, once Hooper starts telling his story, he becomes a little kid, too and even runs into his dad on the journey with Kalamata and Al Dente. 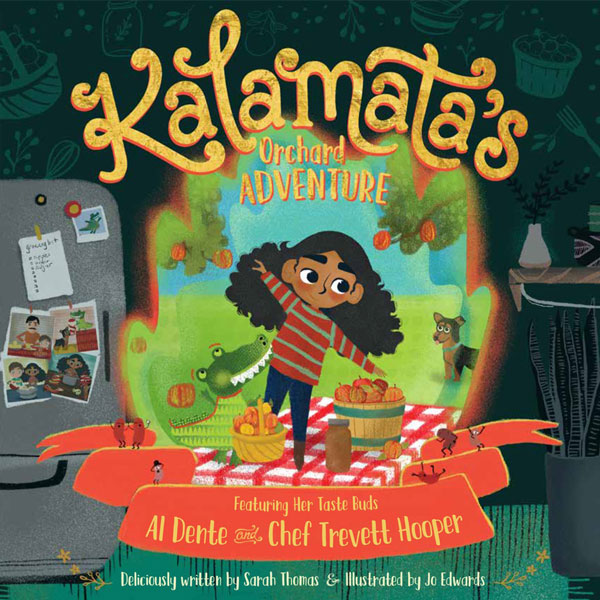 “Role models are often athletes and entertainers, and you might never meet those people. In restaurant kitchens, those heroes are at arm’s reach,” Thomas says.

Chefs aren’t the only role models in the story. Kalamata is a person of color, something Thomas, who is of Indian heritage, didn’t see much of growing up in Somerset. “I can’t think of many minority characters who were heroes in books when I was a kid,” she says.

At one of her first readings, it was clear that Thomas is now a role model, too: “There was a little Indian girl in the class, and she said, ‘Wow, Kalamata looks like you.’ And I said, ‘Actually she looks like you,’” Thomas says.

Pittsburgh can learn all about Kalamata’s adventures at 10 a.m. on Saturday when Thomas and Hooper will read from Kalamata’s Kitchen at Brambler Boutique in Lawrenceville. It’s a child-friendly event. The Kalamata’s Kitchen team also has, in conjunction with Pittsburgh chefs, created a fantastic “Taste Bud Travel Guide” to Pittsburgh featuring a smart, curated list of family-friendly restaurants.