Take a trip back to 1964, when the Rolling Stones made their maiden voyage to Pittsburgh and played in front of a crowd of 400.

Brian Jones, Ian Stewart, Mick Jagger, Keith Richards, Bill Wyman and Charlie Watts — the six original members of the world’s greatest rock ’n‘ roll band, the Rolling Stones — were young, fresh and devoted to old American blues in 1964, when they stopped in Pittsburgh as part of their first American tour. They played only nine cities that summer, so Pittsburgh was lucky (so was Harrisburg!) — but Keith Richards was still a year away from dreaming about “Satisfaction” when the Stones played to a crowd of 400 or so on Wed., June 17, at Danceland in the old West View Amusement Park. Admission was only $1.50.

Although the Stones had a No. 1 album in England, few folks around here were paying attention. The band’s biggest hit at that point was a cover of Buddy Holly’s “Not Fade Away.”

At West View Park, the Stones were the last performers on a six-act bill. Bobby Goldsboro (who already had a Top 10 success, “See The Funny Little Clown”) performed before the young sextet. In his autobiography, Keith Richards remembers that first American tour: “Sometimes we were top of the bill, not always — but usually.” 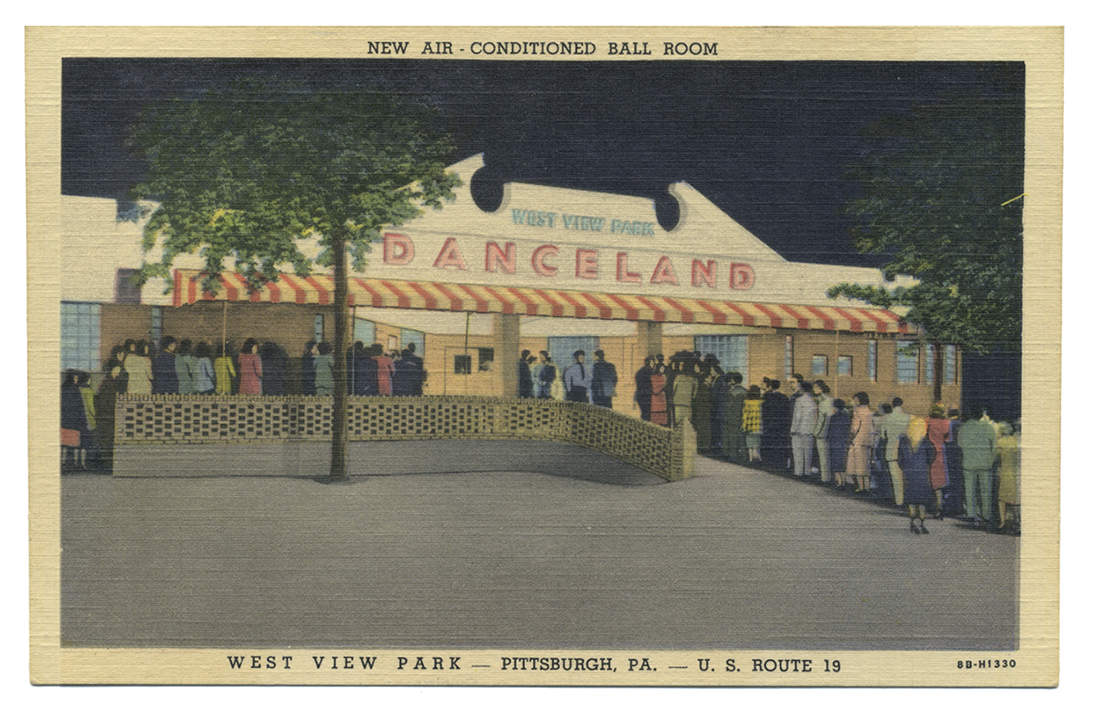 There seems to have been no press coverage of the concert, but one girl, Paula Cline from Dormont, took her camera and snapped shots of the band (pictured). Local rock historians have been grateful ever since.

In LIFE, Richards wrote about that odd first tour of America: “The most bizarre part of the whole story is that having done what we intended to do in our narrow, purist teenage brains at the time, which was to turn people on to the blues; what actually happened was we turned American people back on to their own music. And that’s probably our greatest contribution to music.”

(Thanks to Brian Butko at Western Pennsylvania History Magazine for assistance with this article.)

This article appears in the June 2013 issue of Pittsburgh Magazine.
Categories: Rick Sebak