Places We Love: The Tropical Forest at the Pittsburgh Zoo & PPG Aquarium

With a chorus of animal calls, a balmy atmosphere and — yes — a distinctive musk, the Tropical Forest exhibit at the Pittsburgh Zoo allows guests to visit a naturalistic habitat. 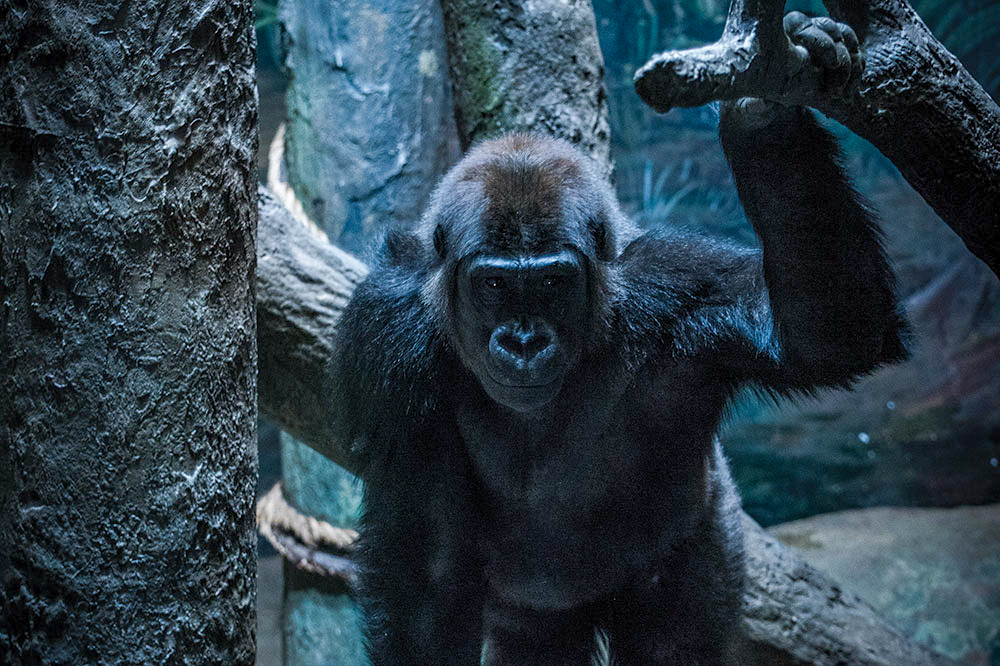 Lemurs and gorillas and orangutans — oh my!

Locals may know it as the “monkey house,” and that’s certainly an apt title for the Tropical Forest, Pittsburgh Zoo & PPG Aquarium’s primate and sloth habitat. Whether it’s the antics of the western lowland gorillas or the mischief of two white-cheeked gibbons, there’s no shortage of monkey business here.

At first glance, the indoor Tropical Forest might seem dimly lit and pungent, but no one ever said the jungle smells like roses. But as you make your way through the habitat, you’ll find yourself surrounded on all sides by remarkable creatures big and small, and the space suddenly feels extravagantly alive. 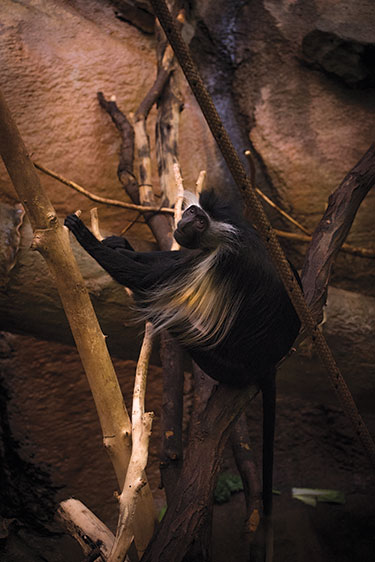 Ember, an orangutan, was one of the first residents of the Tropical Forest. Having arrived at the zoo in 1990, she moved into the Tropical Forest when it opened in 1991, and her seniority is strongly felt; she lounges languidly in a hammock and watches passersby with soulful eyes, having just celebrated her 41st birthday. But she doesn’t look a day over 25 — and she knows it.

In the wild, these intelligent, red-haired tree dwellers live only in Sumatra and Borneo, but in the Tropical Forest, they live a stone’s throw from the colobus monkey, indigenous to the lowland, montane forests and gallery forests of East Africa.

The appeal of the Tropical Forest comes from the coexistence of 16 species of primates from all around the world all under one roof. And with five endangered or protected species — six western lowland gorillas; two northwest Bornean orangutans, including Ember; two white-cheeked gibbons; five ring-tailed lemurs; and two cotton-top tamarins — the Tropical Forest is a refuge for creatures sadly limited in the wild.

And with multiple endangered or protected species — including western lowland gorillas; northwest Bornean orangutans, including Ember; white-cheeked gibbons; ring-tailed lemurs; and cotton-top tamarins — the Tropical Forest is a refuge for creatures sadly limited in the wild.

Insider’s Tip
Don’t be surprised when your favorite animal is off exhibit. The zoo website lists which animals are temporarily out of sight; click the “Hours” link under the “Plan Your Visit” tab.

While You’re Here:
After the Zoo closes, hop up to a Highland Park restaurant. Try Teppanyaki Kyoto or the Smiling Banana Leaf, both on Bryant Street, for dinner.

This article appears in the March 2022 issue of Pittsburgh Magazine.
Categories: Places We Love, Things To Do