Places We Love: The Director’s Circle Inside The Benedum Center For The Performing Arts

You might be closer to the show on the floor, but you’re missing the full picture. 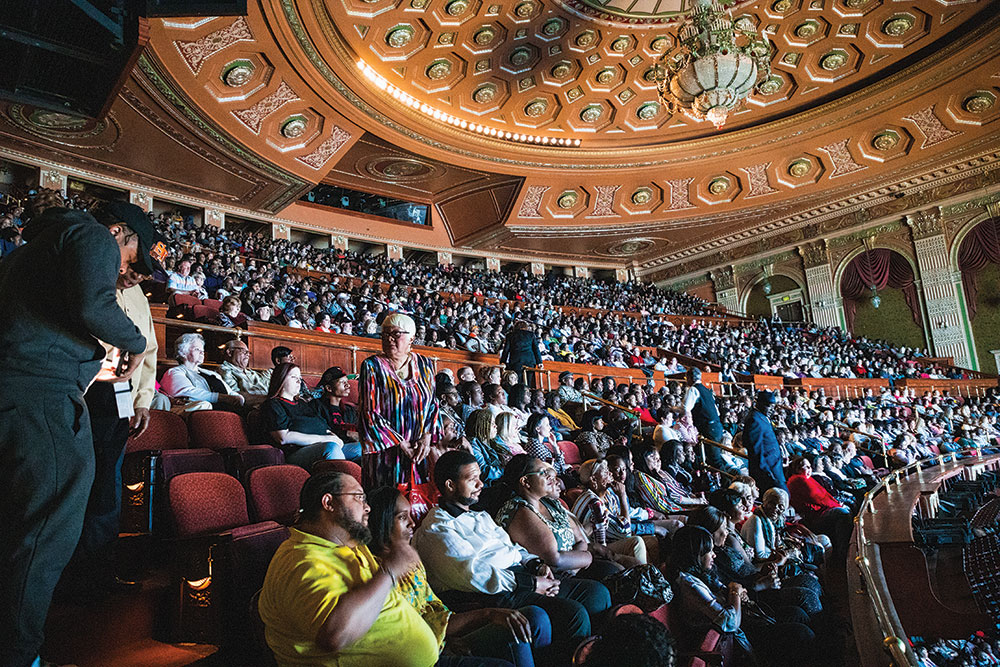 The show changes, but the location doesn’t — and you wanna be upstairs, seeing Pittsburgh’s grandest stage framing the hottest ticket in town.

The Director’s Circle — the first five rows of seats in the balcony at the Benedum Center for the Performing Arts — has an excellent view of the stage below. Unlike floor seats, these give the viewer the full effect of the Benedum, including the ornate proscenium framing the action and the architectural details covering every inch of the building.

You might be closer to the show on the floor, but you’re missing the full picture.

The building certainly looked a lot different when it was the Stanley Theatre, its name from opening night in 1928 to its renovation — the first major project of the Pittsburgh Cultural Trust — in 1987. In its final years as the Stanley, it was a top spot for major rock tours; the walls were black, the seats were simple and many of those architectural flourishes were obscured. But the size, scope and sightlines of this grand hall have never changed. Just as the Director’s Circle offers an ideal view of a touring Broadway company today, it offered a perfect view of Prince, the Grateful Dead, Johnny Cash and the final concert given by Bob Marley. (You can listen to that one on Spotify, by the way.) 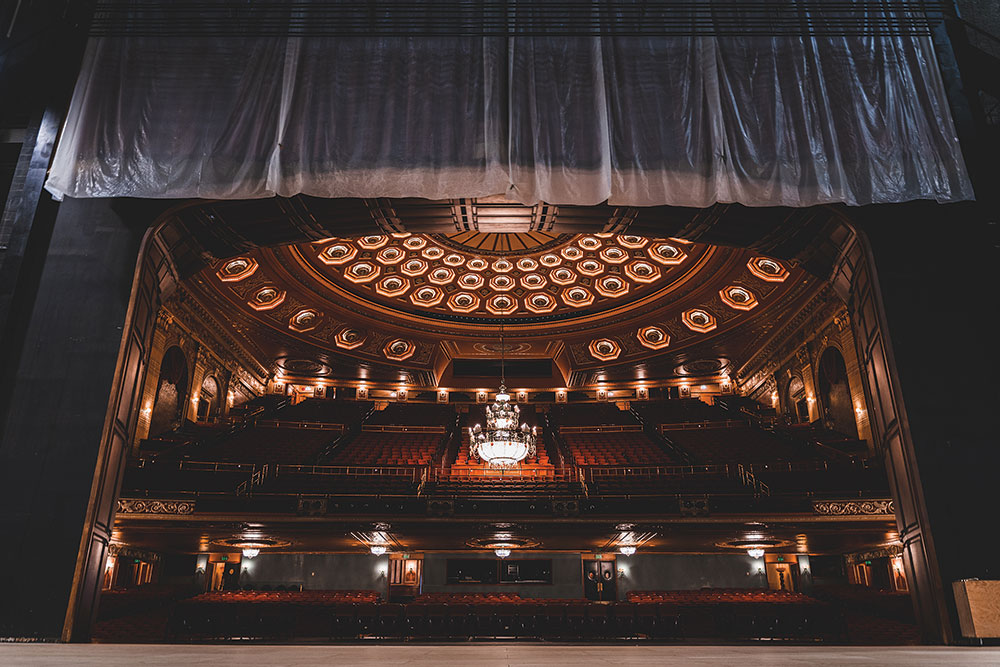 A trip upstairs also affords you the opportunity to inspect the Benedum’s chandelier — 20 feet of Czechoslovakian crystal, mostly original to 1928, and so massive that cleaners climb right into the heart of it when it’s time for a polish (see it lowered for a cleaning above). It’s one of the marvels of the city, and up here, you can stare at it until the curtain rises.

In short, if the show is great, it’ll be great from any seat in the house — but to really see and feel what makes the Benedum so special, head upstairs.

Insider’s Tip: There’s a hidden gem of a spot just behind the Director’s Circle. Row A of the First Tier has two pairs of seats – 101-102 and 109-110 – by either side of an entryway. You’ll get a row to yourself, extra legroom and no one sitting in front of you. Plus, since it’s not technically in the Director’s Circle, you might save a few bucks on the tickets.

While You’re Here: Head to the Clark Building Extension on the second level for your pre-show drink. It’s a bit out of the way — technically over a skyway — so many patrons miss it and mingle in the more crowded lobby or downstairs lounge

This article appears in the November 2022 issue of Pittsburgh Magazine.
Categories: Places We Love

Places We Love: Condor's Court at the National Aviary