Places We Love In Pittsburgh: A Fantasy Room at Phipps

The quiet Broderie Room at Phipps Conservatory and Botanical Gardens has an abundance of two very rare things: peace and romance. 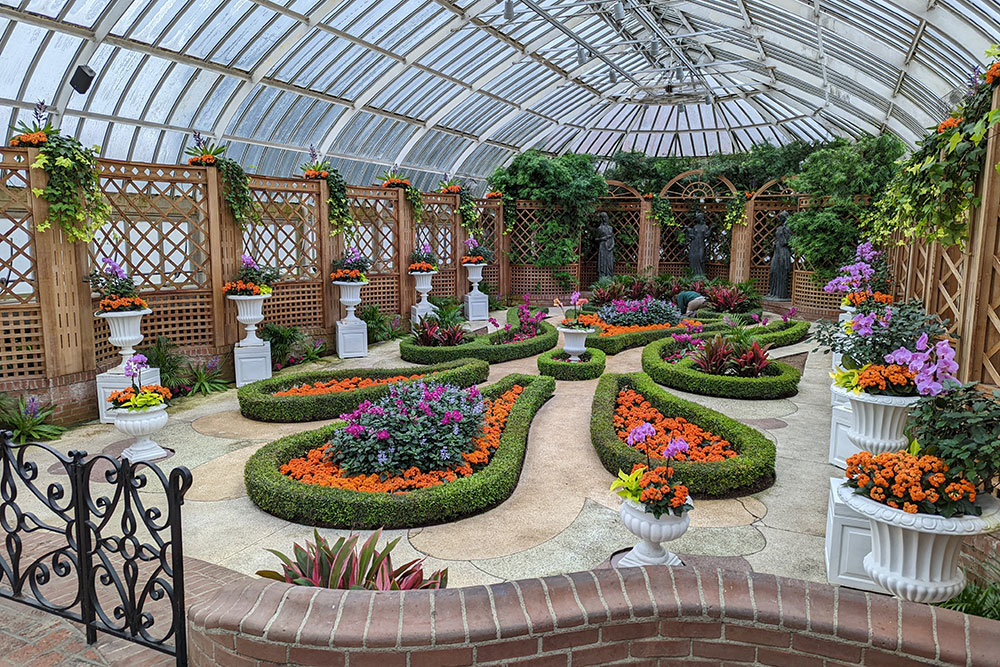 It’s no wonder Phipps Conservatory and Botanical Gardens, the Oakland landmark that has invited guests to stroll and sniff for more than 125 years, is known as a spot for romance.

The lovely, winding paths, the rare plants, the soothing atmosphere — these elements have combined to make Phipps a destination for first dates and wedding ceremonies alike. Even within the romance-soaked conservatory, though, one room distinguishes itself: The elegant, meticulous Broderie Room.

Two plaques give the bullet points of the room’s history: Born as the Cloister Garden, erected in 1936 by the Garden Club of Allegheny County and modeled after a 17th-century Flemish garden, the Broderie Room (then dubbed the Broderie Garden) was revamped with French influences in 1965. (The name comes from the French parterre de broderie, a type of garden arrangement approximately translated as “embroidery of earth.”) 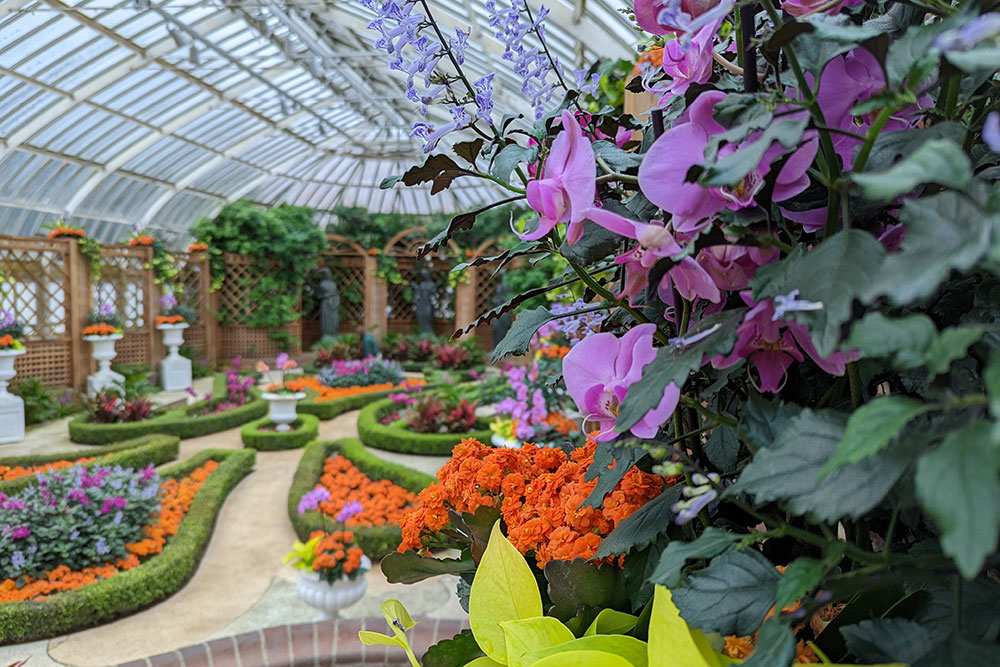 No history lesson is necessary, however, to step into the Broderie Room and indulge in a country-manor fantasy. The sound of the water in the neighboring Victoria Room mingles with soft, soothing piano music as you regard the gentle, soft shapes of the plants and paths. In the distance, three enigmatic statues — sculpted by Edmond Amateis and donated to Phipps by Richard Scaife — lend an entrancing quality to the scene.

As is the case throughout Phipps, the room also grants a palpable sense of the building’s long history. Here, persistence collides with constant reinvention; the preservation of the conservatory’s architectural features highlights endurance, while each new exhibit brings fresh elements and a touch of surprise.

Ponder the foliage, the passage of time or anything else you’d like as you relax in the Broderie Room — or, if you’re lucky enough to be there with your beloved, hold them close. 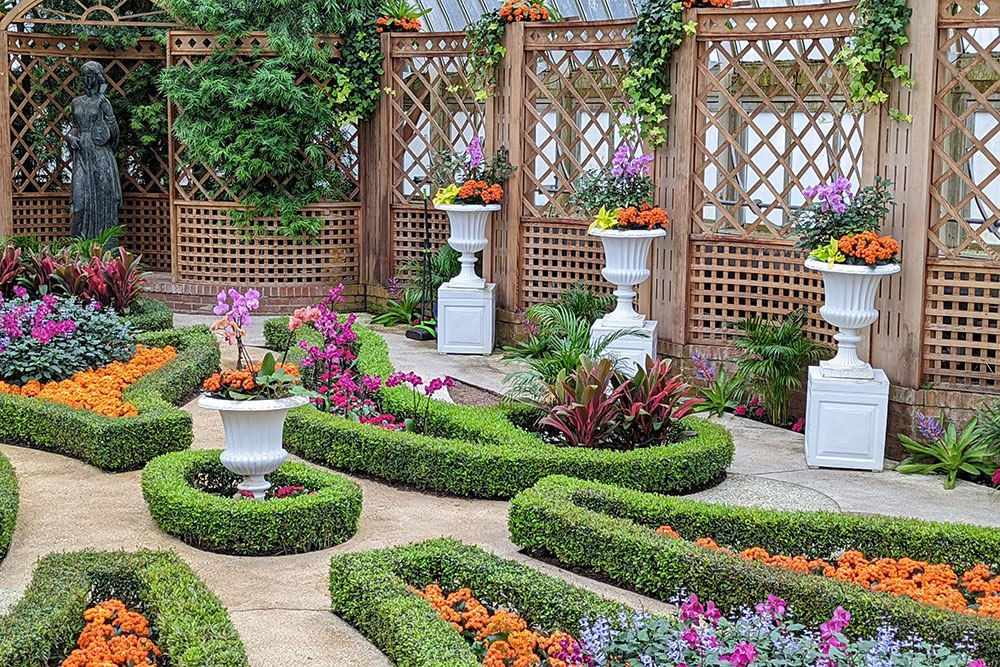 While You’re Here:
Switch from nature inside to nature outside. Phipps sits within Schenley Park; see some less manicured but no less worthy greenery with a post-visit stroll through the park.

Insider’s Tip
It’s not just a great date spot and a civic treasure – it’s a last-minute gift destination. The Shop at Phipps contains handcrafted waters from local artisans and, of course, plenty of plants.

This article appears in the April 2022 issue of Pittsburgh Magazine.
Categories: Places We Love, Things To Do