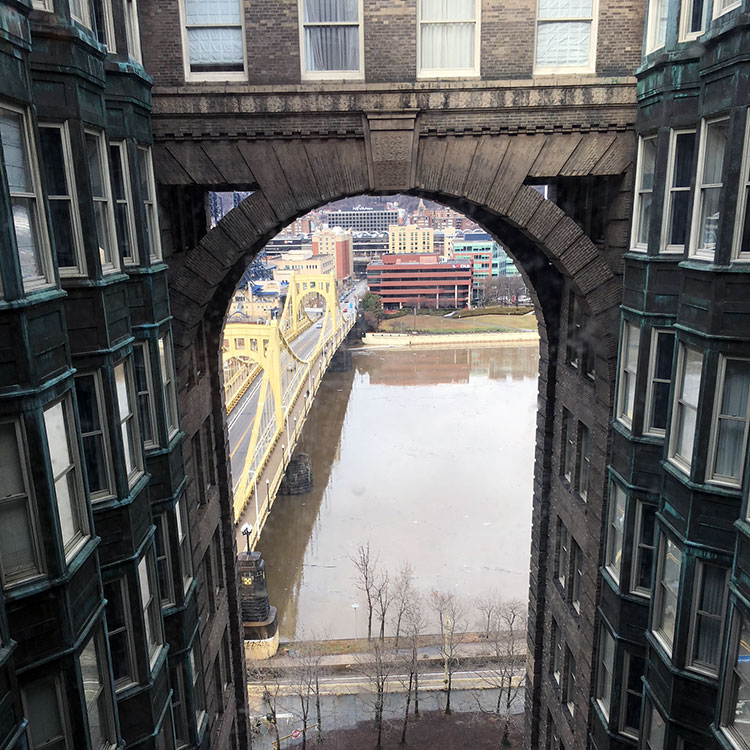 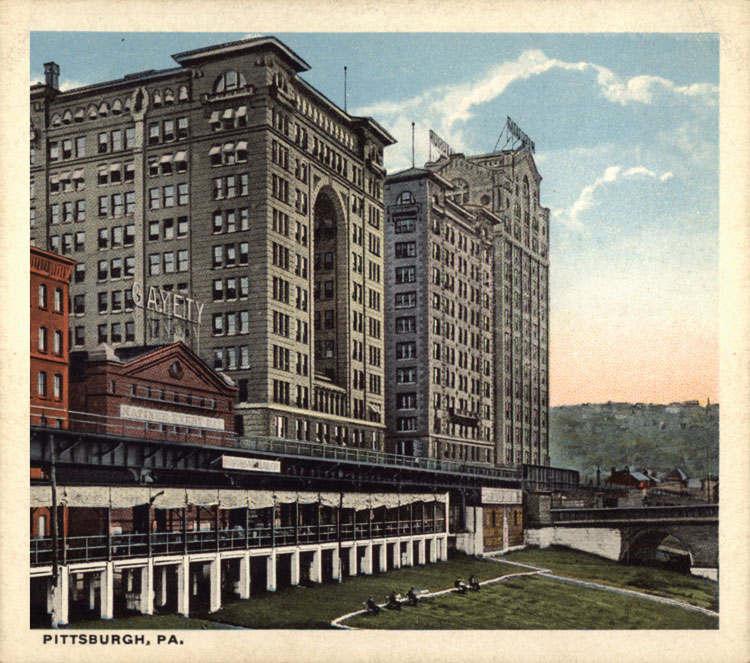 → Renaissance Revival red tile roof
→ 30-foot glass dome
→ Copper clad interior window bays
Phipps Conservatory in Schenley Park is the building most associated with Andrew Carnegie’s longtime business partner, Henry Phipps. But Phipps — younger, quieter and shorter than Carnegie, himself a famously teeny titan — also built a pair of riverfront skyscrapers facing the Allegheny neighborhood where the two boys grew up. With its distinctive seven-story archway, the Fulton Building (now the Renaissance Pittsburgh Hotel) remains a beloved Pittsburgh landmark, even if few connect it with Phipps, the bookkeeper who made it big. 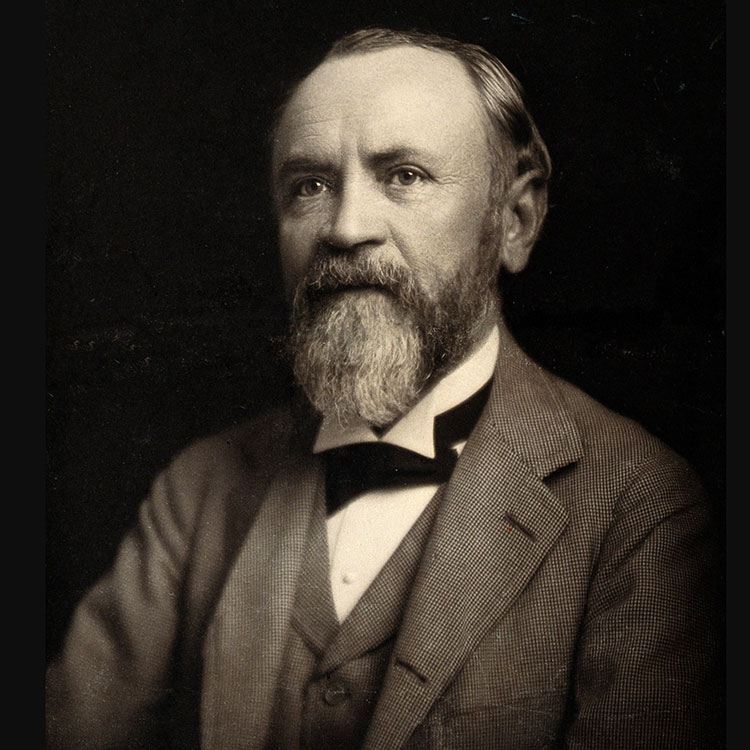 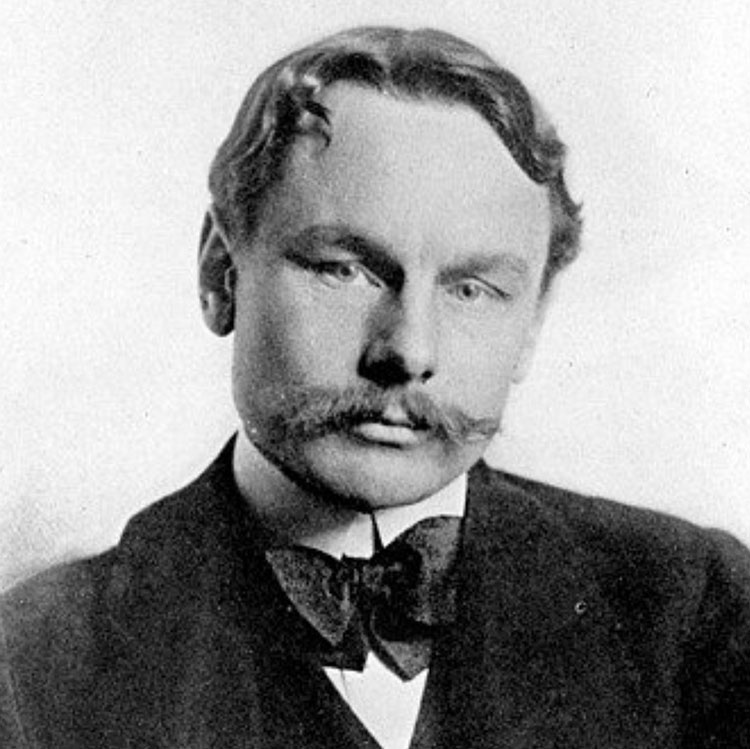 Phipps’ father was an English shoemaker who occasionally hired Carnegie’s mother to do stitching; the boys were schoolmates. Young Phipps became a clerk, working his way up to partner in an iron forge that made gun carriages for the Allegheny Arsenal during the Civil War. In 1865, Carnegie merged his own company, Cyclops Iron, with Phipps’, Iron City Forges; the two men went on a nine-month European tour to plot their future.

Phipps became the financial operator and Carnegie the salesman in a series of ventures — ultimately, Carnegie Steel. In 1888, Phipps retired as president and turned to philanthropy, contributing the conservatory in 1893. In 1901, he sold his Carnegie shares to J.P. Morgan and became spectacularly rich. 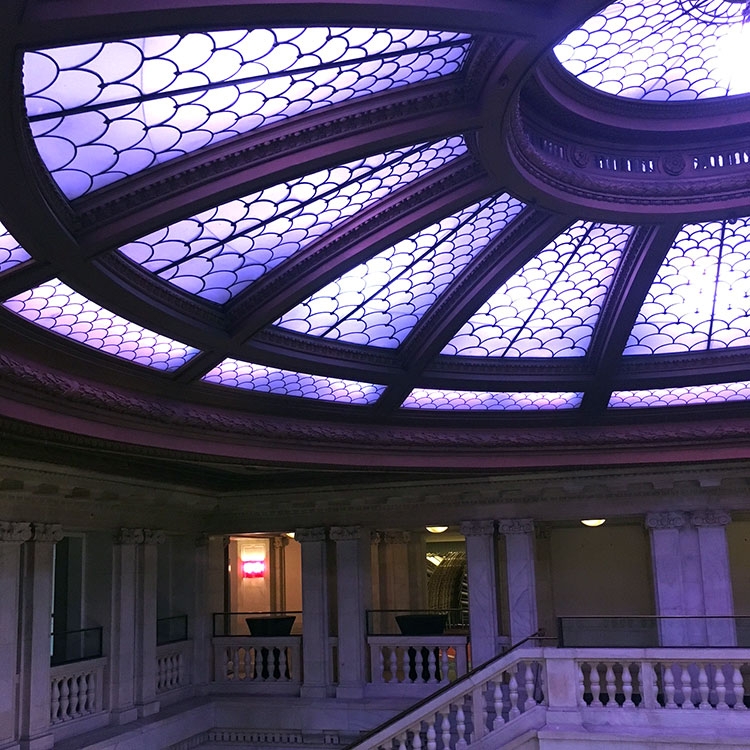 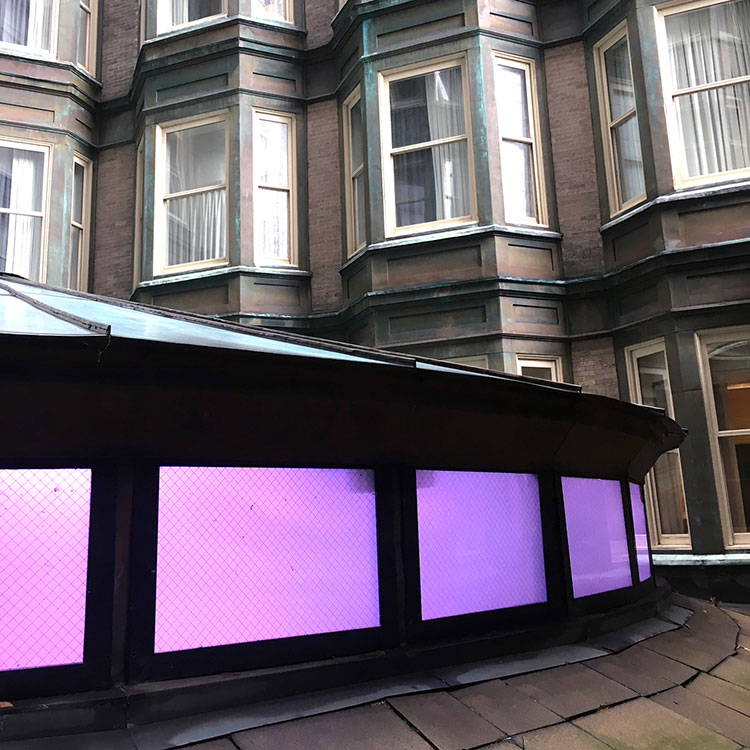 Copper-clad window bays overlook the 30-foot-wide skylight, which stretches over the marble lobby

In 1901, Phipps chose Grosvenor Atterbury, a Paris-trained architect of country homes for the wealthy, to design his five-story New York townhouse. Phipps then commissioned Atterbury to draw up 13-story office towers to flank Sixth Street in Pittsburgh. Similar in design, both were named for inventors Phipps admired: Bessemer, of the blast furnace, and Fulton, the steamboat man. The Fulton opened in 1906, a year after the Bessemer (which was demolished in 1964). Its grand marble lobby featured a store selling graphophones, records and kinetoscopes. Upstairs offices all boasted a river view thanks to the unique arched light court. 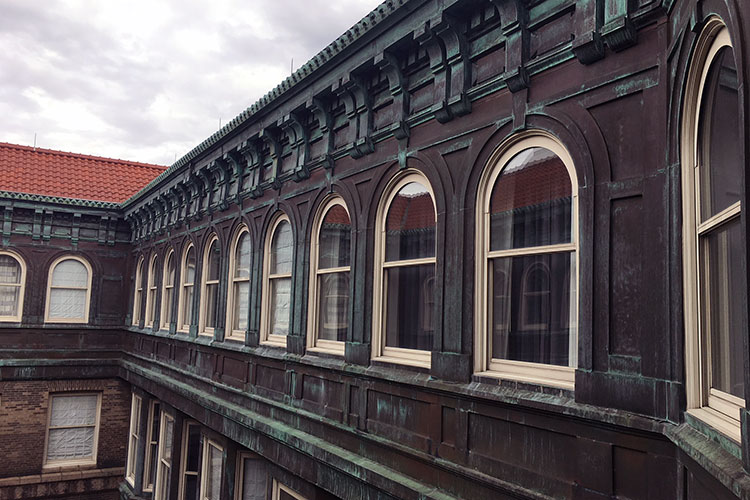 As Phipps endeavored to give away most of his fortune, he also had Atterbury design a New York model tenement, plus hospitals in Baltimore and Philadelphia. Those buildings, like the Bessemer and the other Downtown structures Atterbury designed for Phipps — a loft building for light manufacturing and an elaborate pool and bathhouse — have since been demolished.

But Phipps’ vaudeville palace, with its long entry through his skyscraper’s riverfront side, lives on as the Byham Theater. Originally the Gayety, it switched to movies in 1930. Ernest Stern, owner of several cinemas, bought it in 1961; four years later, Stern bought the entire Fulton Building from the U.S. government, which had used it since the end of World War II as headquarters for various federal offices. The zombie flick “Night of the Living Dead” had its world premiere at the theater in 1968. And in the ’90s, Heaven, Pittsburgh’s version of Studio 54, brought disco balls, glitter cannons and dancers in cages to the Fulton’s stately interior.

This article appears in the March 2018 issue of Pittsburgh Magazine.
Categories: Community Feature, From the Magazine