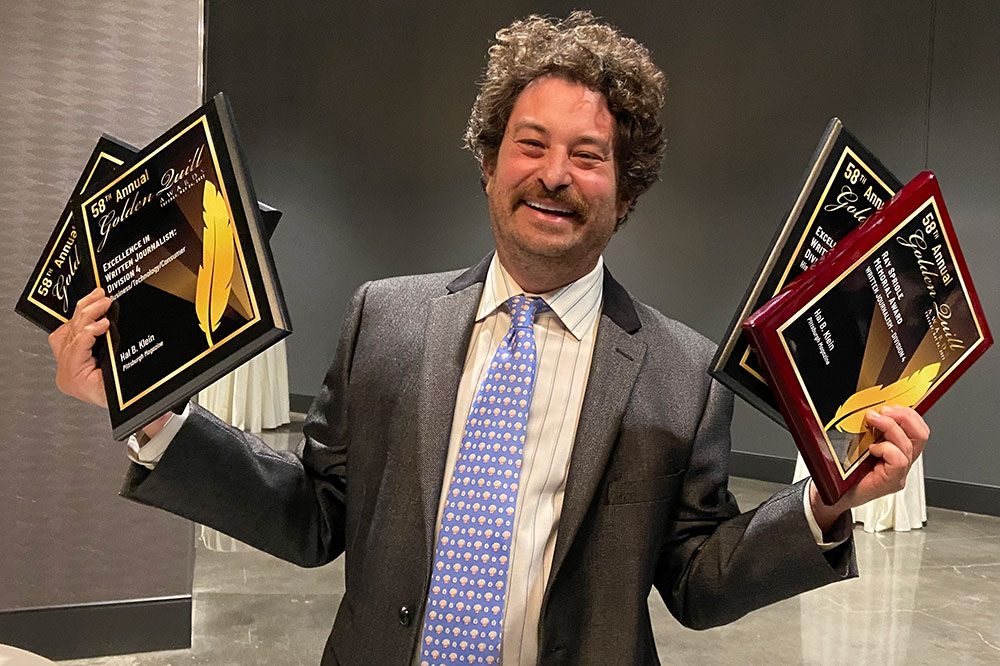 Pittsburgh Magazine was recognized in multiple categories in Division 4 in the 2022 Golden Quill Awards, presented by The Press Club of Western Pennsylvania.

The top honor, the Ray Sprigle Memorial Award, went to Food Editor/Dining Critic Hal B. Klein for his investigative story:

“Chef Kevin Sousa Motors on With New Restaurants. Will They Last?”

Klein was also a winner for

Cristina Rouvalis, our frequent contributor, was the winner in Excellence in Written Journalism, Profile for: “Gisele Fetterman: On the Move With the Second Lady of Pennsylvania.” This was the cover story for the August 2021 print magazine.

Accolades also go to our finalists Sean Collier for a series of movie reviews:

Design Director Huck Beard was a finalist for his page design of “The Conversation Business: Podcasting May Not Offer Its Creators Much Traditional Return for Their Often-Sizable Investment. Yet Dedicated Creators Keep At It – for Connection, Outreach and Enjoyment” and his Cover Design of “Best of the ’Burgh.”

Former intern Sylvan Lebrun was a finalist for Education journalism for “Campus Lore & Legends: From Wandering Camels to Ghostly Bread, We Found Hidden Slices of History at Seven Area Universities.”

Contributor Ervin Dyer was a finalist in the news feature category for news feature “The Spiritual Village: In Pittsburgh, Congregations of African Immigrants Are Using Worship to Re-Generate the Kinship, Identity, Family Life and Culture Found in Their Home Countries.”