Pittsburgher Stephen Chbosky tries to save it from the director's chair, but the musical has problems too big to overcome. 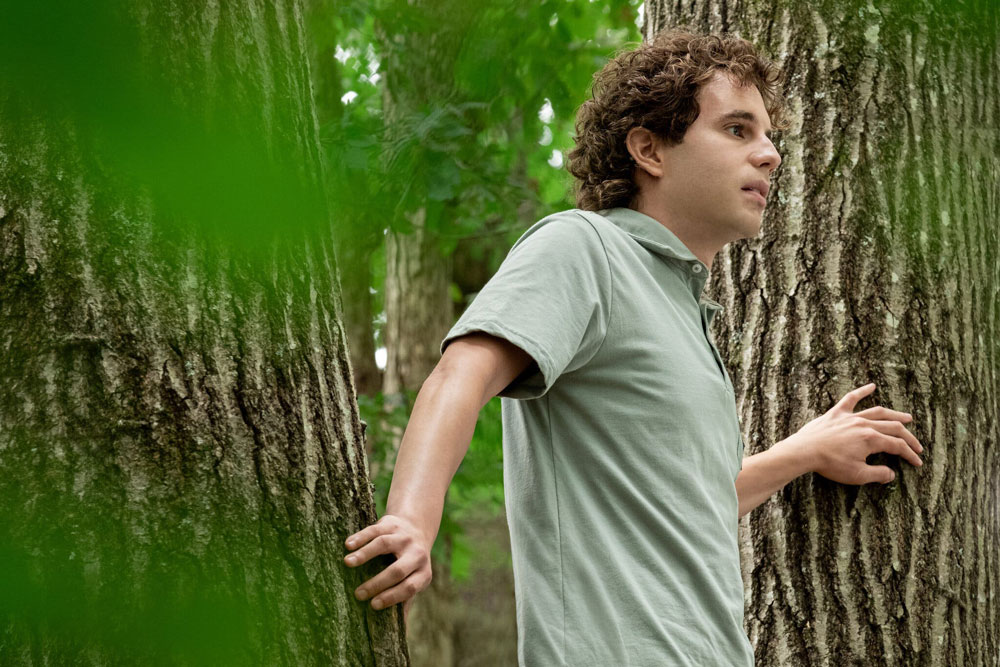 The movie isn’t the problem. The story is.

“Dear Evan Hansen” is a massive Broadway hit and a vacuum for Tony Awards and tear-stained tissues. Perhaps in its original form, the magic of live theater (and the infectious nature of cloying, heart-on-the-sleeve ballads) covers up the inescapable, deeply troubling problems in its story. I haven’t seen the stage show, so I’m not sure.

That’s not on the filmmaking. The filmmaking is fine — occasionally handsome, in fact. It’s in the story itself.

Hansen (Ben Platt) is a high-school senior and an outcast; an array of mental-health issues prevents an even basic connection with his peers. He’s nursing a broken arm, the result of a tumble while working over the summer in solitude at a nearby state park; only a fellow social pariah, Connor (Colton Ryan) ironically signs his cast, in giant block letters.

Connor, it turns out, has his own struggles. After a handful of enraged exchanges with Hansen, Connor discovers a letter on a nearby printer tray; it’s a self-addressed note from Hansen to himself, the product of a therapy assignment. Connor steals the missive, slipping it in his pocket. Later that night, for presumably unrelated reasons (this is one of a dozen areas in which the script neglects to provide depth), Connor takes his own life.

Connor’s mourning parents (Amy Adams and Danny Pino) look at the note and the signed cast and come to the reasonable conclusion that their late son and Hansen were friends. For about 30 seconds, Hansen tries to dissuade them from this notion; for the next 90 minutes, he uses his fictional friendship with a dead kid as an opportunity for social advancement.

He allows well-meaning peers, including a heartbreaking achiever played by Amandla Stenberg, to mount campaigns in his and Connor’s names. He begins a relationship with Zoe (Kaitlyn Dever), Connor’s estranged sister. He makes a saccharine, platitude-laden speech at a memorial; it goes viral and turns him into a beloved figure overnight.

This is supposed to be the guy we’re rooting for?

You could say that Hansen has remorse about his ongoing deception, but there’s no evidence for it. Like all movies that hang on one character withholding information, the truth does eventually come out — and Hansen only acknowledges his fraud when the situation grows truly desperate. The viewer gets the impression that, had a few missteps not felled him, he would have lived his whole life as the happy benefit of his ruse.

Platt offers no help. Much has been made of the decision to cast him, approaching 30 and looking as though he’s already there, as the 17-year-old title character; such gaps are more common on Broadway, where he originated the role, but blatant on film. His age is distracting, but more vitally, he’s just not very good. Perhaps the kind of broad signifying and pinch-throated warbling he displays made more sense on the stage, though I can’t see how. (The Tony voters did, anyway.)

There are bright spots in the cast; Dever tries to carry the whole movie, even as it does not give her much to work with. Julianne Moore is powerful as Hansen’s world-weary mother. And Chbosky does his best to inject some filmmaking into the proceedings, using montage and kinetic motion to liven up a fundamentally static series of events.

The best cast and the best director could not, however, have turned this story into anything other than a cringe-inducing bad idea. If you even for a moment consider the deeply unsettling narrative before you, you’ll be eager for it to end, so that you can unclench and try desperately to shake off the unpleasantness.

My advice: Wear a watch. It will allow you to confirm that time is passing and you will, eventually, be able to leave.