The documentary is a moving, but difficult, look at the late icon. 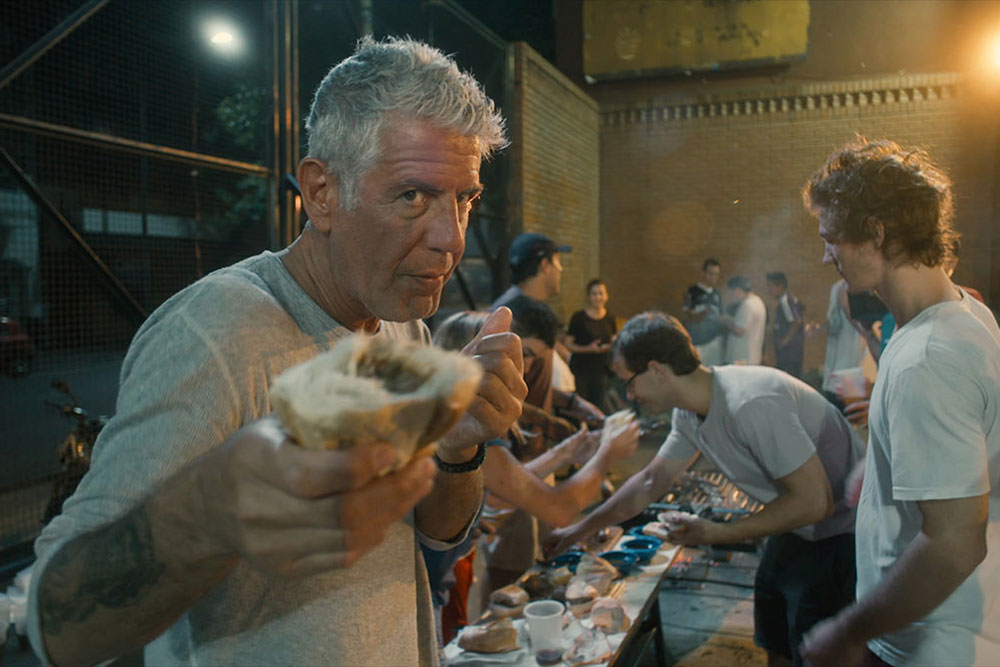 Anthony Bourdain, as depicted in Morgan Neville’s excellent documentary “Roadrunner,” seems intimately concerned with self-definition. Bourdain seemed to use his popular television series, in both their honest narration and carefully prepared adventures, to cast himself in an endless, romantic movie.

Bourdain might’ve been pleased with the defiant tone and brutal honesty of this particular movie, made not with his input but rather as a direct result of his final act. If you believe at least one of the chef’s longtime associates, Bourdain’s suicide was itself a cinematic act; there’s a tantalizing hint at a coded farewell for those looking for insight into the sad end of Bourdain’s life.

Would he have been irritated at some of this acute analysis? Maybe. But he would’ve loved the soundtrack.

Anyway, it’s not Bourdain’s movie to make, it’s Neville’s — the follow-up to “Won’t You Be My Neighbor?,” his 2018 documentary about the life of Fred Rogers. The two films make a nice pair, not merely because they’re both examinations of well-regarded television hosts. While “Roadrunner” is certainly more about darkness than any movie about Fred Rogers should be, there’s an examination of pain behind public persona in both films. The prior movie examined the uncertainty and self-doubt Rogers faced; the latter questions what role Bourdain’s depression, and addictions, played in both his rise and his downfall.

Neville interviews many of Bourdain’s friends and collaborators, who reveal the depth of their relationships as well as their lingering anger at the star’s suicide. Some of those guests are the celebrity chefs who appeared on Bourdain’s shows, but off-camera friends — musicians, artists, his ex-wives — are present as well. (Notably absent in this process: Asia Argento, the filmmaker with whom Bourdain had a very public relationship in the final years of his life. She appears only in archival footage.)

The main interview subject, of course, is Bourdain. There is so much footage, narration and writing from the man himself that Neville likely could’ve cobbled together a full, but not complete, picture without bringing in a single other voice. Bourdain never stopped telling his own story; ever desirous of living a cinematic tale, he seemed most activated when he was writing and filming in places such as Vietnam and Italy, where some of his favorite films were set.

Here’s the thing, though: Some of the self-definition stuff is inevitably false. Either too self-aggrandizing or self-deprecating — overly philosophic or insufficiently truthful — it would never do to merely let Tony tell the tale. Neville asks his living subjects to tease truth out of televised presentation; often, that means making it clear that Bourdain was a bit of a pain in the ass. (Or, at the very least, they’re more direct about his mental-health struggles than he was likely to be.)

I was dramatically shaken by “Roadrunner.” Not merely because of its extensive discussion of suicide — though, to be clear, viewers should be forewarned of that content — but because of the heartbreak that lingers in his friends and colleagues. Bourdain may have thought that the story ended with him. The film is a chilling reminder that it did not.

“Roadrunner: A Film About Anthony Bourdain” will be released in theaters on July 16.

If you or someone you know is struggling with thoughts of suicide, please call the National Suicide Prevention Lifeline at 1-800-273-8255.