In Mississippi, the Pirates’ second baseman prepares for an uncertain season. 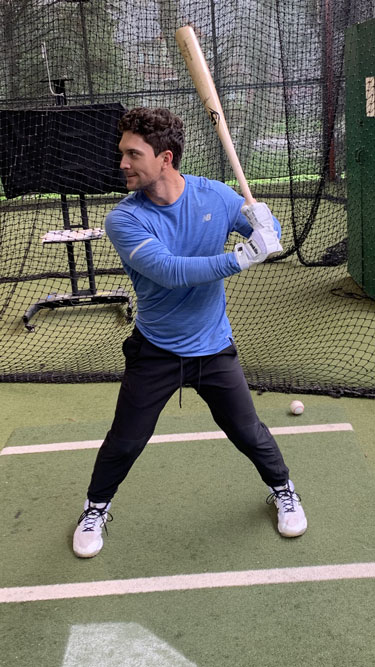 Adam Frazier is in winter mode.

The Pirates’ second baseman, a 2019 Gold Glove finalist, typically spends his offseason in the Nashville area. In advance of shelter-in-place orders, however, he relocated to Starkville, Mississippi, where he’s continuing his workouts at his alma mater, Mississippi State University.

“I’ve been able to do all the strength training I normally do in the off-season, hit in an indoor facility and get out on the field … Really a full offseason preparation for me,” Frazier, 28, says.

One important difference: It’s not the offseason.

Spring Training was well underway when Major League Baseball joined other professional sports leagues in announcing a season suspension. With only weeks to go until baseball would’ve returned to PNC Park, Frazier and his Pirates teammates instead stepped into uncertainty.

“You don’t have that start date that you’re pushing toward to be ready for,” he says. “The hard part is to keep the motivation.”

The year in baseball began as it always does, with pitchers and catchers reporting in mid-February to team facilities in Florida and Arizona. Preseason games had begun when word of possible disruptions began to spread in team clubhouses.

By the morning of March 12 — the date of the final pre-season games before baseball was suspended — even skeptics began to acknowledge that something was up. “We went out there knowing it could be the last game of the spring. We got word that Arizona,” a few hours behind games in Florida, “wasn’t going to play their games.” After that news hit the dugout, the focus turned to “trying to get through without getting any injuries,” Frazier says.

Initially, players thought “it would be a short stoppage. A couple of days later, everybody was getting sent home.”

The disruption came as Frazier was beginning what may have been, and could still be, a breakout season. Frazier was drafted by the Pirates in 2013, working his way through the team’s farm system before making his big-league debut in 2016. This year would’ve been his third full campaign with the Bucs; last year, he hit .278 with 10 home runs and 50 RBIs.

One very involved computer model has Frazier poised for a big year, if and when baseball returns. A simulation conducted by the website Baseball Reference, which creates projected results for the full, pre-suspension MLB schedule, had Frazier batting a stellar .339 in April. The Pirates were also battling for first place in the fictional early going.

How accurate will the simulation be when the real bats get swinging? “I think we’d all be pretty pleased with that … It’s something to shoot for, that’s for sure,” he says.

At press time, Major League Baseball is considering several options for a delayed season, including games without fans; an earlier proposal for neutral-site “hubs” was proposed but now looks unlikely. Frazier acknowledges that the game is unlikely to feel the way it usually does; still, he thinks there’s hope for baseball in 2020.

“There’s gotta be a way,” he says. “This virus probably isn’t going anywhere anytime soon, so you’re going to have restrictions and regulations,” perhaps including a limited number of fans in each row. Frazier says the season could also start before any fans can attend games. “Obviously the first step is getting back on TV. [We have to] give people something to watch.”

While preparing to play the game is much different than hoping to watch it, the lack of sports has underlined their importance — for players and fans alike. After his first spring without an opening day, Frazier feels the absence as much as the most diehard fan.

“You start to realize how much you love the game of baseball when you don’t have it.”