Taking Fenping Geng and Feng Gao’s Ningxia and Shaanxi cuisine to the park for a sense of comfort was a terrific idea. 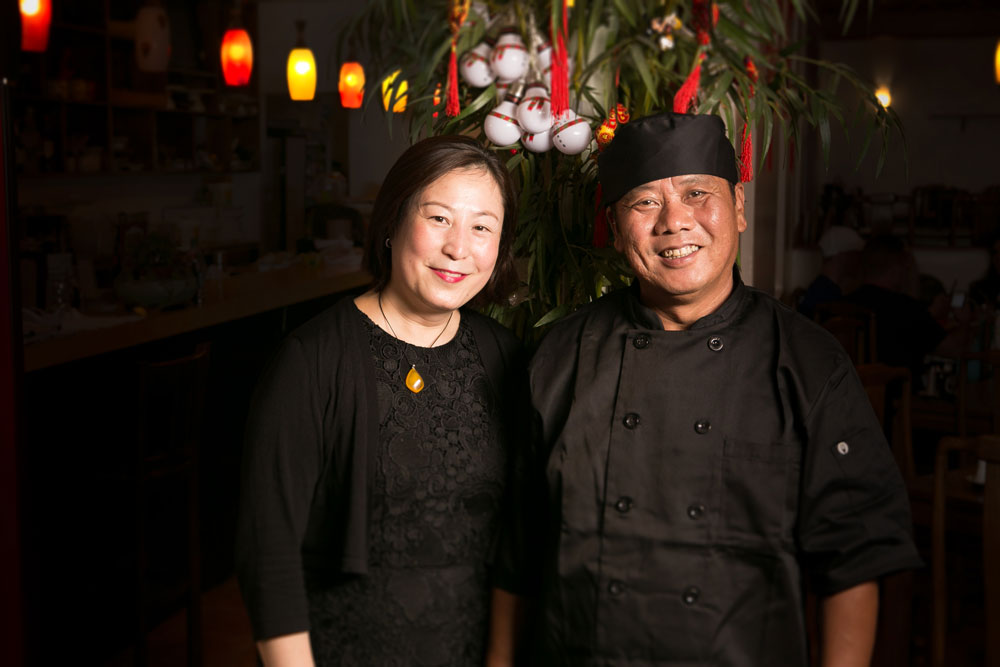 Sakura Teppanyaki & Sushi is one of my touchstone Pittsburgh restaurants. My friends and I gather around the big table in the back of the Squirrel Hill space for birthdays and holidays, including our now-annual Chinese New Year extravaganza. We pass heaps of steamy dumplings, ribbons of luxurious hand-pulled noodles and dishes studded with hunks of spicy fish and fragrant lamb. I miss group dinners around the lazy susan at Sakura (and Chengdu Gourmet) more than I miss just about any in-house dining experience.

Following Gov. Wolf’s decision to move Allegheny County into the yellow phase on May 22, five of my friends and I decided to get together for a picnic near the Frick Environmental Center in Frick Park. Our pod found a spot distant enough to avoid any potential contact with other park-goers and laid out a spread of dishes I’d picked up at Sakura.

Fengping Geng is one of Pittsburgh’s most gracious restaurateurs. She owns the Squirrel Hill establishment with her husband, Feng Gao. He’s the executive chef, and while his menu offers a broad swath of items that range from dragon rolls to chicken with broccoli, what makes the place shine is his outstanding offerings of Ningxia and Shaanxi cuisine. The two provinces in north-central China are located in the country’s wheat-growing region, and that means noodles, dumplings and stuffed pancakes are all things you’re going to want to order. Shaanxi’s capital, Xi’an, was the eastern terminus of the Silk Road, and centuries of cross-cultural exchange have pollinated the region’s cuisine while affecting the way we eat globally. The area has a sizeable Muslim population, so lamb dishes such as shredded pancake lamb soup are a draw, too.

Sakura and most other Chinese-owned restaurants in Pittsburgh weren’t forced to cope with the xenophobic response of white supremacists that happened in other cities early in the COVID-19 crisis. In fact, Geng says, the Squirrel Hill community has rallied around those businesses. “When I’m filled with despair, they give me the power to know that everything is going to be OK,” she says.

That doesn’t mean business hasn’t suffered in much the same way as other Pittsburgh restaurants have. A reasonably robust weekday delivery and contactless pick-up business aren’t enough to make up for the lost revenue from the cessation of in-house dining, particularly from its weekend special brunch menu and its many Chinese student customers. Geng says business is down about 50 percent. “This is very hard for everybody. But it’s our responsibility to stay open. We are here for our customers,” she says.

Right now, Geng and Gao are the only people working in the restaurant, working daily from 8 a.m. until after midnight. “Now I chop vegetables. It doesn’t look very professional, but it tastes good,” Geng says.

Geng spoke with friends, family and colleagues in China about how to move forward during the shutdown, since the pandemic in that country was a few weeks ahead of here. She was able to get some useful advice about sanitation practices as well as practical ideas such as stocking the freezer to make sure she’s well-prepared to keep the menu (which remains uncut) going in the event of ingredient shortages. She’s consulting with them now, too, to figure out what to do as Pittsburgh restaurants begin to allow limited indoor dining. “I hope we will be prepared and ready to be open for the customers to come, to feel safe and welcome here,” she says, noting that she’ll likely open for reduced indoor dining by next week. 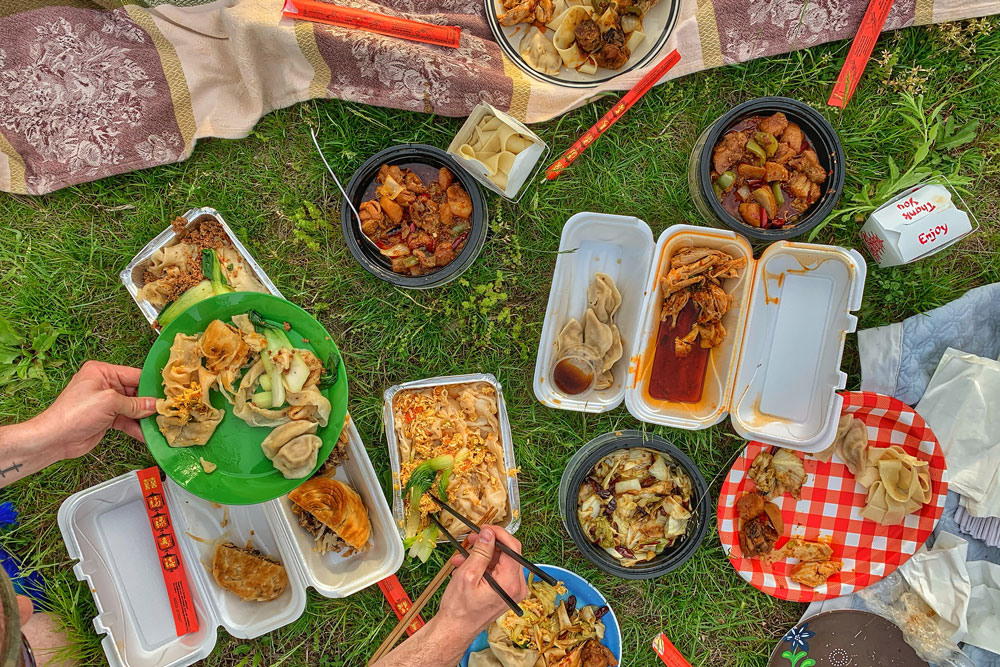 For now, we still are dining at a distance.

Getting my meal was a snap. Geng arranged the front of the restaurant so there is easy, no-contact pick-up (and a giant bottle of hand sanitizer, plus gloves if you want them). She says she sanitizes the surface between each delivery.

Everything was packaged neatly, and even the saucier dishes didn’t leak on the short drive to the park. I appreciated that Geng had included extra sets of chopsticks to make sharing the dishes easier while still maintaining a sense of safety. In an era where cross-contamination could be risky, we all appreciated being able to safely portion a family-style meal onto individual plates.

My first bites of Gao’s chewy hand-pulled noodles, one version topped with a mild, savory egg and tomato combination and another of fiery beef and bok choy, were a transport back to a more carefree past. Pork dumplings, dipped in a sesame-vinegar sauce, provided similar satisfaction, as did crunchy, lacy, aromatic pork-filled sandwiches. Spicy summer chicken, cold chicken meat served with peanuts and chili oil, lived up to its promise on one of the first warm nights of the year. I always like to try something new, so I ordered Xinjiang-style chicken, a stew with potatoes, green peppers, star anise, whole chili peppers and homemade Xinjiang-style noodles (which were packaged in a separate container to retain texture; they also were delicious dipped into the summer chicken oil). The warmly fragrant homestyle dish is comfort food that I’m going to crave for weeks.

The dishes more or less held up to what would have been served at the restaurant (although it was served all at once, rather than as a paced endeavor). More importantly, dining with friends in an outdoor space was just the kind of connection we all needed to feel uplifted.

It’s what keeps Geng and Gao going, too.

“We are all together in this world, and this coronavirus is hard for everybody. When people get our food, they are happy. And that makes us happy. We all need to do everything together to get through this,” Geng says.