The much-loved soul food restaurant returns to its North Side roots with Carmi Express. 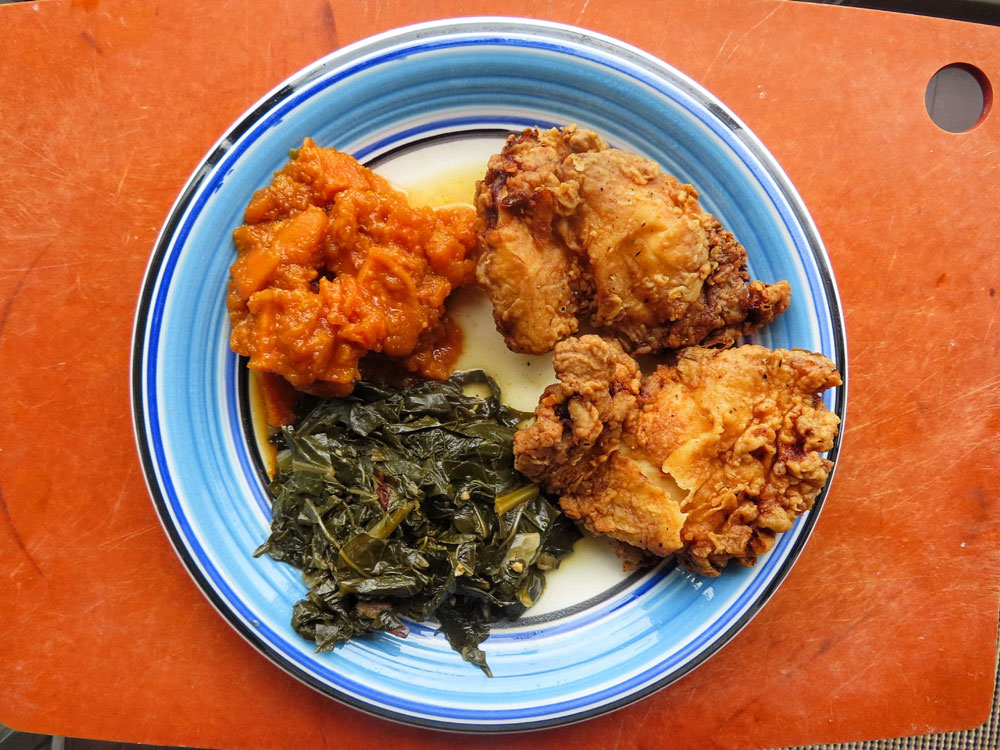 It didn’t take long for Carleen King, co-owner of Carmi Soul Food, to understand that her business was going to have to shift abruptly in the wake of Gov. Tom Wolf’s March 16 order to halt in-restaurant dining.

“My first reaction was fear. Fear in terms of how the business would survive,” she says. “And my immediate second reaction was to prepare and plan.”

King quickly implemented social distancing practices such as launching an online ordering platform and limiting the number of people allowed inside the restaurant to pick up food. She also connected with a third-party delivery service, as well as the app Postmates, to get her food to customers who were used to visiting her popular South Side restaurant. Delivery wasn’t a big part of her business until COVID-19 hit, but, “You have to be resilient,” she says. “You have to be willing to adapt and to change.”

King then took a look at her current menu and decided to keep offering everything on it, for now at least. She also felt it would be compassionate to add a handful of meal deals for families who wanted to dine together at a reasonable price, while not diminishing her already slim profit margins. A fried chicken and fish meal, for example, will feed four people for $45.

In April, she expanded the business with a return to its North Side roots — the Kings moved their operation from its longtime home on Western Avenue to its current digs on East Carson Street in 2018. Carmi Express is a takeout and delivery operation with a limited menu of comforting soul food such as shrimp and grits, ribs and chicken and dumplings. Fried chicken is as big a seller as it is on the South Side, but King says she’s seen a few surprises, too. A new introduction to the menu, Mike’s Fish, is a hit, she says. The roasted tilapia with butter and garlic topped with onions and peppers is a clean and fresh-flavored bite with just a touch of piquant heat on the finish. Pair it with sides such as tender-cooked greens and savory-sweet yams for a meal nourishing for body and spirit.

The second location has had another benefit: King says, to date, she’s been able to retain all of her staff who still felt comfortable working.

There are challenges. Ingredient costs started rising a month ago and have increased exponentially in the last two weeks. Egg prices went up first, and now the price of chicken is soaring. Just getting enough food to stock the kitchen is becoming difficult, too. “You place your order. You hope to see what you need come in, and then you go supplement where you can,” King says. She’s using Tom Friday’s Market for additional meat purchases and Restaurant Depot for other items.

King says business is down at the South Side location but is optimistic that it will grow as Pittsburghers have more information about how to go out and pick up food safely. “It’ll make people less fearful of coming to get takeout,” she says.

However, she thinks even if restaurants in Allegheny County are allowed to offer in-house dining, it’s going to be some time before any sense of normalcy will return to the dining room. She’s looking forward to the day that it happens. “It’s a hard time for all of us right now. If we all can commiserate together and celebrate together, we’ll be better off,” she says.

This is part of an ongoing series snapshotting how Pittsburgh-area restaurants are changing course in the wake of the COVID-19 pandemic.