RetuRN to Practice entices retired nurses back Into the field. 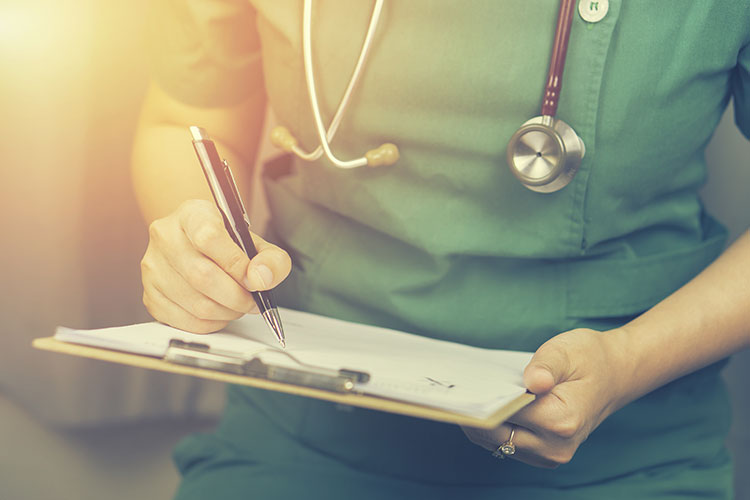 According to the Bureau of Labor Statistics, the registered nurse workforce is expected to grow from 2.7 million in 2014 to 3.2 million in 2024, a 16 percent bump. The Bureau of Labor Statistics projects there will be approximately 1.1 million job openings in the nursing industry by 2024, due both to growth in the field and retirement of longtime nurses.

In addition to recruiting new graduates, AHN opted to tap into another population: nurses who left the field and are looking to return. Regardless of why they left — family reasons or a disdain for shift work — Zangerle knew by offering flexible schedules, she could bring them back.

In May, AHN launched RetuRN to Practice, a program offering a free refresher course and flexible hours. The first cohort of 15 who went through the program are working at Jefferson and West Penn hospitals. Another cohort started in October with 47 nurses. The next is set to begin in January.

During the course, nurses selects a hospital to shadow in the clinical interest of their choice. Once training is complete, they let their supervisors know when they can work, even if it’s only for a few hours a week.

“There is not a time when they say, ‘I want to work this block of hours,’ and we say, ‘Sorry but we don’t need you,’” says Zangerle, who launched a similar program at the Cleveland Clinic before coming to AHN.

The exchange for flexibility is lower pay, Zangerle says. However, one of the program goals is to convert participants to regular full-time or part-time employment. In Cleveland, 40 percent of participants became regular hospital employees. “We really value nurses that have an interest in continuing to practice,” Zangerle says. “The traditional practice patterns and the traditional hours are not necessarily in stone anymore.”

To help make UPMC a preferred workplace, the healthcare system offers initiatives aimed at supporting nurses who want to develop their careers, says Holly Lorenz, chief nurse executive. UPMC hosts a popular annual event called Talent Round Up, at which participants perform a self-assessment to determine their career goals and interests and get help with resumes, interviewing skills and networking.

UPMC hires nurse leaders internally more than 85 percent of the time, Lorenz says, and of the more than 1,000 graduating nurses the system hires a year, a third are employees who used tuition reimbursement to earn their nursing degrees. Lorenz also put a call out to the region’s schools of nursing challenging them to double enrollment and has been working with deans to do so over the last two years.

“Even with the wealth of schools of nursing we have, there is opportunity for us to graduate more nurses in our region,” she says. Lorenz says UPMC Schools of Nursing at St. Margaret, Shadyside, Mercy and Jameson hospitals met the challenge.

Lynn George, dean of the College of Health and Wellness at Carlow University, says while Lorenz’s request is not realistic for every program, Carlow did double enrollment in its second-degree program for nursing, in which people with bachelor’s degrees in other fields can earn their bachelors of science in nursing in about a year. The university also offers its nursing program in collaboration with St. Vincent College in Latrobe.

One factor of the shortage directly affecting education nationwide is a lack of enough qualified nursing faculty to teach classes. “We are able to recruit the appropriate folks we need, but that’s not true for every place and that does limit the ability to increase enrollment,” George says.

Nursing leaders know a dialogue between healthcare systems and academia is crucial to addressing the shortage. When UPMC began to see a high number of operating room and perinatal nurses retiring, Carlow partnered with Montefiore and Presby to create internship programs. UPMC has been hiring graduates of the program, George says.

In January, George will become chair of the board of directors for Heritage Valley Health, making her one of the only nurses in the region to lead a healthcare system’s board, which she says is key to the future of the industry. “Developing solutions that end up with the best patient outcomes requires that nurses are actively involved in planning, decision making and providing care for those patients because they spend the most time with patients,” George says.

This article appears in the December 2018 issue of Pittsburgh Magazine.
Categories: From the Magazine, Medicine and Health Features