The Phoenix Stadium 18, which opened more than two decades ago, will close after Labor Day. 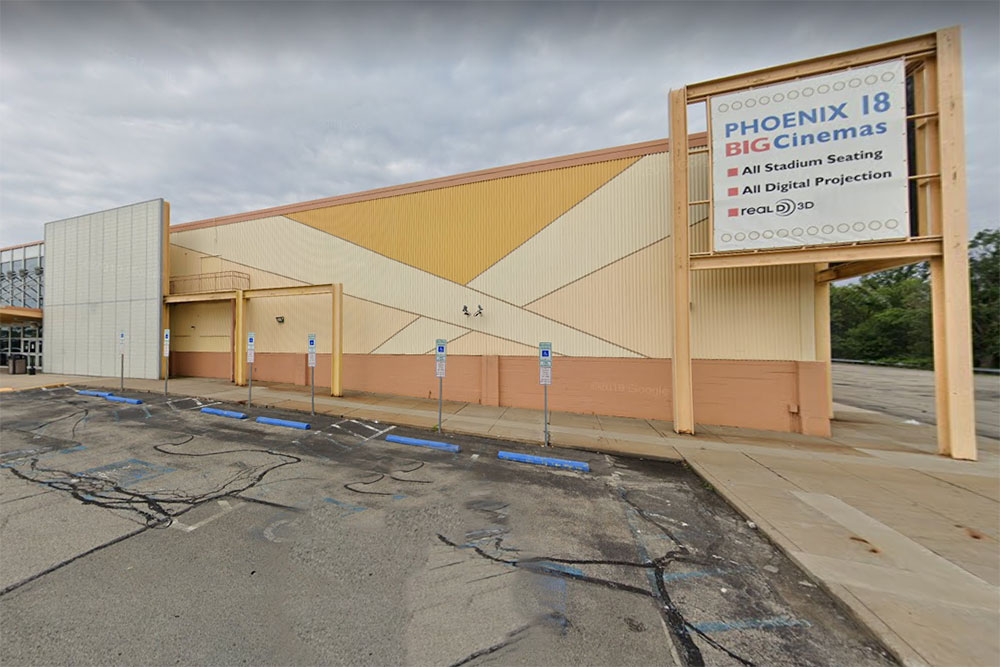 While most PIttsburgh-area movie theaters have thus far weathered the many challenges presented by the coronavirus pandemic, a handful of ailing cinemas have closed their doors. As of Sept. 6, there will be one more casualty: The North Versailles Stadium 18, which will permanently close after Labor Day, according to the Pittsburgh Post-Gazette.

The theater, which opened in the late 1990s, cited ongoing economic challenges as the reason for the closure. While the moviegoing business has significantly increased over 2020 and ’21 levels, year-to-year box office is down — and a complicated shuffling of release dates has left few major releases coming out over the next two months, creating a threatening situation even for healthy cinemas.

The North Versailles theater will be the third in the region to close since the onset of the pandemic, after the former multiplex in Pittsburgh Mills mall — since replaced by another, albeit with fewer screens — and Penn Hills Cinema, a 50-year institution. (Another, the SouthSide Works Cinema, closed just before the pandemic.)

North Versailles Stadium 18 is owned by the small Phoenix Cinemas chain, a Tennessee-based company that also operates the multiplex in Bridgeville. The latter cinema is doing well — ownership told the Post-Gazette that this is partly a result of upgrades, including luxury seating — but business remained poor in North Versailles.

The theater was once something of an innovator, combining a number of entertainment options under one roof; at one point, it offered both a trampoline park and a small sports bar in addition to movies. It also boasted an architectural rarity: Soundproof boxes, like those at a stadium, that could be rented out for private viewing.

Such amenities, though innovative, were not enough to fight the tide over the past few years, when the cinemas that have thrived have offered improved seating, sound and picture as well as non-traditional programming.

After Labor Day, the nearest movie theater to North Versailles will be the Cinemark location at Monroeville Mall.