After cinemas were placed on the endangered-species list in the early days of the pandemic, multiplexes and specialty theaters alike have recovered in vibrant fashion. 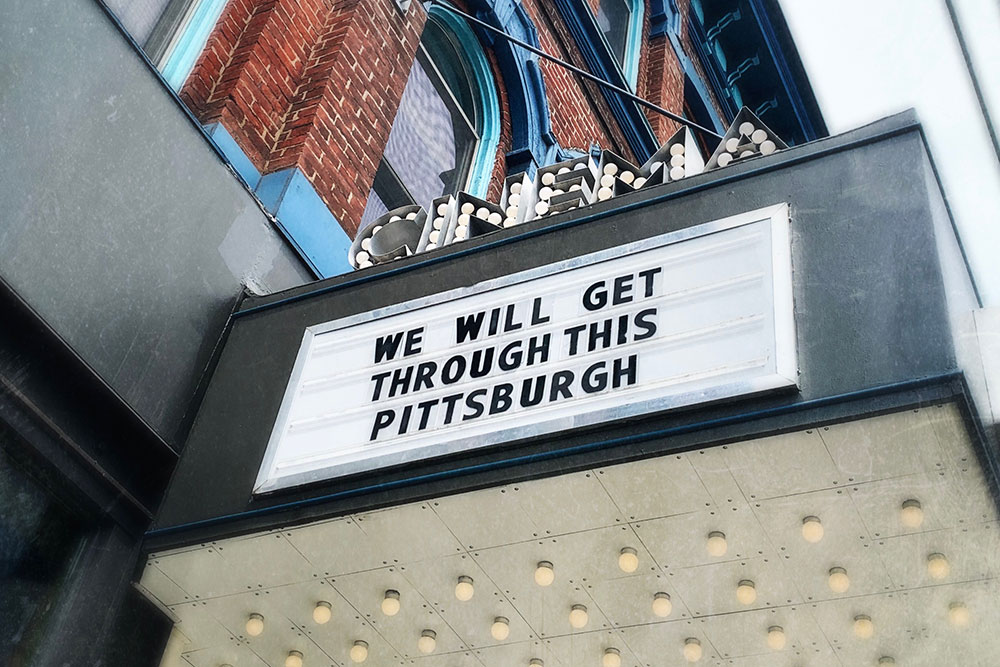 Last week, I made plans to attend a 70th-anniversary screening of “The Quiet Man,” John Ford’s Oscar-winning Irish romance. The film was playing at select theaters as part of an ongoing partnership between the network TCM and Fathom Events, a company that distributes specialty content to multiplexes.

I tried to make plans to see the film at Cinemark Robinson Township; I like their luxury seats, and the snack prices are reasonable. I couldn’t get in, though; all but the closest seats to the screen were sold out.

It was the same story at Cinemark North Hills. A seven-decade-old film, currently available to stream for free, was filling theaters. (I eventually found tickets at Cinemark Monroeville Mall.)

A week prior, I had all but given up on catching an All Elite Wrestling event that was airing on pay-per-view; my cadre of wrestling friends (every fan has a group) weren’t available, and I didn’t feel like dropping the pricey fee to watch it from home. Then I discovered it was playing in theaters, including Cinemark Robinson — for much less than the cost of watching at home. I saw the show in a full room (yes, this too sold out) of clapping, enthusiastic fans.

A week prior to that, a beautiful restoration of “The Godfather” was showing at the lush Dolby Theater at AMC Waterfront in honor of the film’s 50th birthday. That’s the multiplex’s finest screen (and the best audiovisual experience in town), and they weren’t showing “Uncharted” or another current hit; they were giving the best real estate to “The Godfather.”

Those of us who love watching movies at movie theaters were feeling an extra sense of doom and gloom in the early days of the pandemic. There was ample speculation that most theatrical exhibitions would go extinct, as all but the biggest blockbusters opted for streaming releases. I know dedicated film lovers who truly believed that their days of leaving the house for movies were all but over.

To be sure, there have been shifts; some are ongoing, and the dust hasn’t fully settled on which movies will end up where in the future. But rumors of the cinema’s death are greatly exaggerated. In fact, by many accounts, the need to draw audiences back has shaken many chains and theaters out of complacency.

Some of that shift is presentational, as many cinemas have converted more and more screens to a luxury experience, with spacious recliners in the place of creaky seats and brilliant picture and sound in the place of dim projector bulbs. Such advances make seeing tentpole releases in person all the more vital — a fact not lost on fans, as gigantic box-office returns for “The Batman” and “Spider-Man: No Way Home” have indicated.

But the quality of programming, even at chains, has also diversified. Both AMC and Cinemark have launched intriguing, well-curated secret-movie nights, where an unannounced film is screened for a discounted price. Repertory showings, like the TCM series and anniversary showings of films such as “The Godfather,” are more frequent than ever; even chains are acting quickly on these showings, too, as evidenced by “Guess Who’s Coming to Dinner” returning to theaters within days of Sidney Poitier’s death earlier this year.

Meanwhile, as major studios release comparatively fewer films than they did before the pandemic, multiplexes have also increased their programming of Indian and Chinese releases, appealing to more Pittsburghers than ever before.

This is all without even mentioning that local independent cinemas are thriving. The Harris Theater is as strong as it has ever been, with a lineup of acclaimed main features and intriguing special events. Row House Cinema is frequently packed, offering consistently exciting and diverse lineups; its annual Pittsburgh Japanese Film Festival begins later this week. The Tull Family Theater in Sewickley is curating a great selection for its audience; the Manor Theater in Squirrel Hill is doing the same.

Did I mention the five excellent drive-in theaters within an hour of Downtown? Because they’re all fantastic places to spend a long evening. (Dependable near the airport, Riverside in Vandergrift, Starlight in Butler, and Evergreen and Brownsville to the south. There are also more a bit farther afield.)

When a certain city multiplex closed a few years back — I won’t mention them, they’ve been through enough — the then-manager blamed Netflix for the decline in business. I hate to speak ill of the dead, but this was precisely wrong; the theater in question, for the full term of its lifespan, had the worst picture quality in town, the worst sound quality in town, uncomfortable seats, bland popcorn and largely uninspired programming.

The cry that movie theaters are dying is yelled only by cinema owners too lazy to try (and patrons too lazy to leave the house). While there’s always more that I want to see in town (Alamo Drafthouse, we’ve got real estate available), the state of the cinema in Pittsburgh is generally excellent.

I should know: I’m seeing it in action every week.