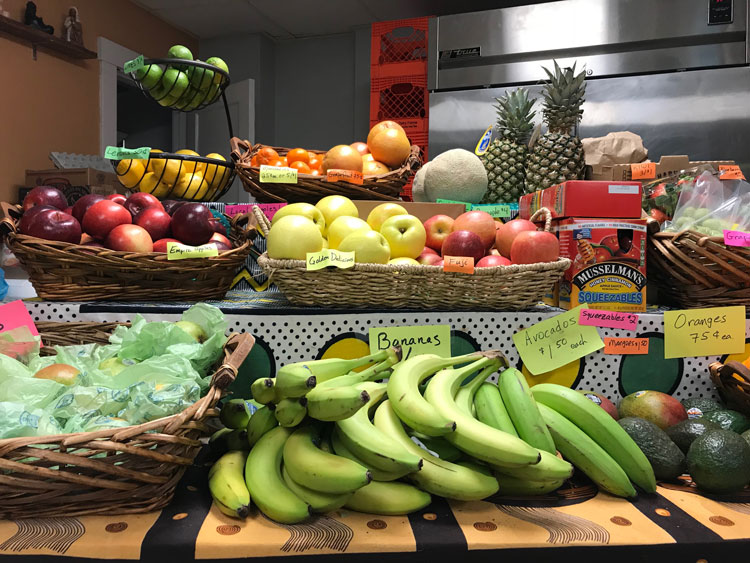 Food insecurity, the lack of reliable access to healthy, affordable food, remains a pressing issue in the region. In December 2017, 152,923 people in Allegheny County relied on the Supplemental Nutrition Assistance Program (SNAP), commonly known as food stamps, to help subsidize the cost of feeding themselves and their families.

For many people who participate in SNAP, it’s a challenge to list purchasing fresh produce as a top priority when making a shopping list. Vegetables and fruits are highly perishable, can be costly and, even if you want them, there isn’t always access. This especially is true in low-income neighborhoods where shopping options often are limited to what’s available at corner stores.

A number of area organizations, including South Side non-profit Just Harvest, 412 Food Rescue in East Liberty and Greater Pittsburgh Community Food Bank in Duquesne work to improve food access. For example, in 2015, Just Harvest partnered with Philadelphia-based The Food Trust to offer a program called Food Bucks that would incentivize the purchase of fresh produce by offering SNAP users $2 vouchers for every $5 spent at the market. That program now runs at 22 farmers markets in Allegheny County and, according to Executive Director Ken Regal, is highly successful at encouraging customers to purchase more fresh fruits and vegetables. 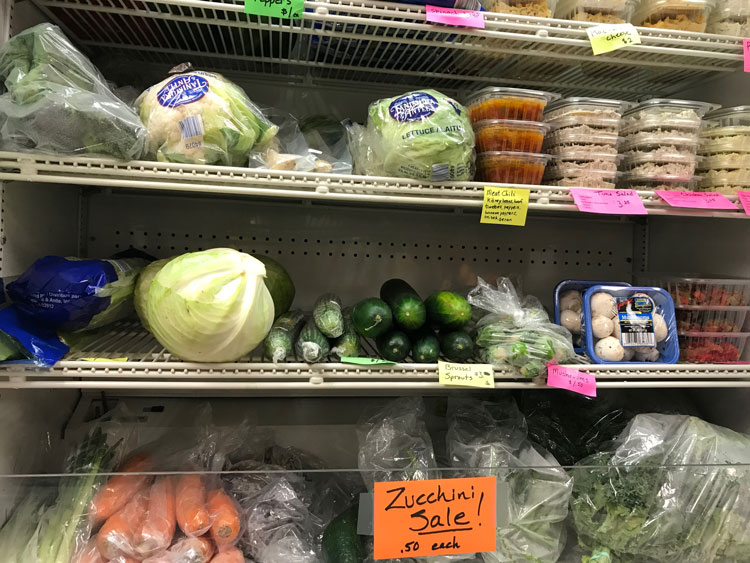 Now, the Food Trust is testing a Food Bucks pilot program at a couple of corner stores in Allegheny County — Dylamato’s Market in Hazelwood and Carl’s Cafe in Rankin — as well as several locations in Philadelphia. It works like this: for every $2 spent using SNAP benefits, a customer will receive a $1 voucher to purchase fresh produce at the same store.

“These are modest programs, and they’re still in the proof-of-concept stage to show how impactful they can be,” says Regal.

So far, it seems to be working.

Dianne Shenk opened Dylamato’s Market in February 2016. She stocks staples such as cereal, eggs and cheese, as well as a selection of locally grown grains and meat. Keeping her shelves brimming with a variety of fresh produce, however, is challenging.

[Shenk and I were classmates in Chatham University's Food Studies master's degree program.]

Shenk says that, despite the more extended hours at her standalone store, she was able to sell more produce at a farm stand that she ran for several years prior to opening Dylamato’s. "You don't experiment when you have limited access. You won't buy things that are highly perishable or things that you're not sure everyone will like. You'll go for a safer choice like canned goods or cereal,” she says.

She’s noticed a turnaround since she implemented Food Bucks in December. As of January 27, she’s distributed over $2500 in Food Bucks vouchers and has an approximately 75% redemption rate. It’s a double benefit and a virtuous cycle. The more the Food Bucks spent, the more produce Shenk can purchase. "That's huge for me. I can have a full stock of produce and keep it moving,” she says.

A bonus, she says, is that parents are giving their children vouchers to spend on fresh fruit — blackberries, bananas and other fruits are flying off the shelf. 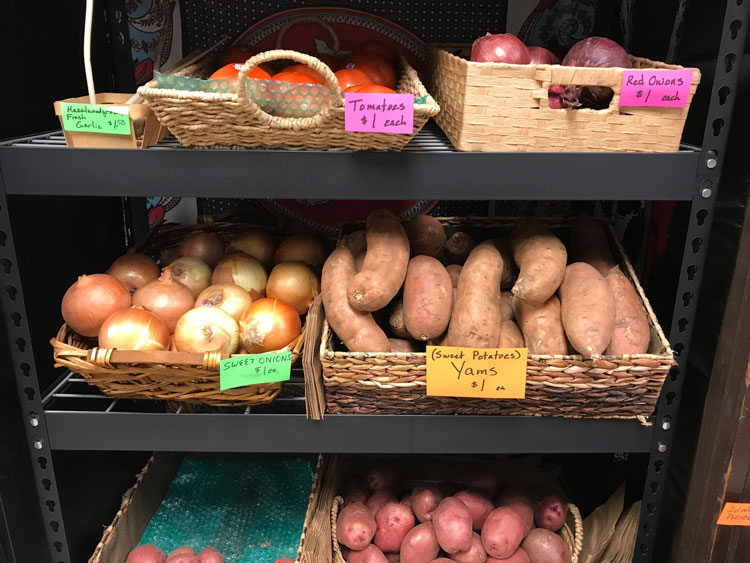 Carl Lewis, owner of Carl’s Cafe in Rankin, has seen a similar uptick in interest in healthy eating; produce sales have tripled since he implemented Food Bucks in January. His convenience store didn’t stock much beyond a few bananas, potatoes, onions, apples, and oranges. Now he says, “I have all that, plus lemons, limes, tomato, cucumber, green peppers, celery, lettuce and cabbage.”

Lewis says that his adult customers, many of whom don’t typically incorporate a lot of fresh produce into their diets, slowly are catching on the benefits of the program. And, just like at Dylamato’s Market, kids are leading the way. “The schools have been introducing kids to fresh produce. It carries over to their homes and a lot of the kids educate their parents. [Food Bucks] is good to be a conduit for them to have that in their diet,” he says.

If the program continues to prove fruitful at the pilot stores, it likely will expand to other locations in the region.

“Everything we know about how markets function suggest that if we incentivize good choices, people will make good choices,” says Regal of Just Harvest. “If you want markets to function better, this is exactly what you do.”