Smallman Galley will rotate its third class of chef/owners this June … but this time there’s a twist. 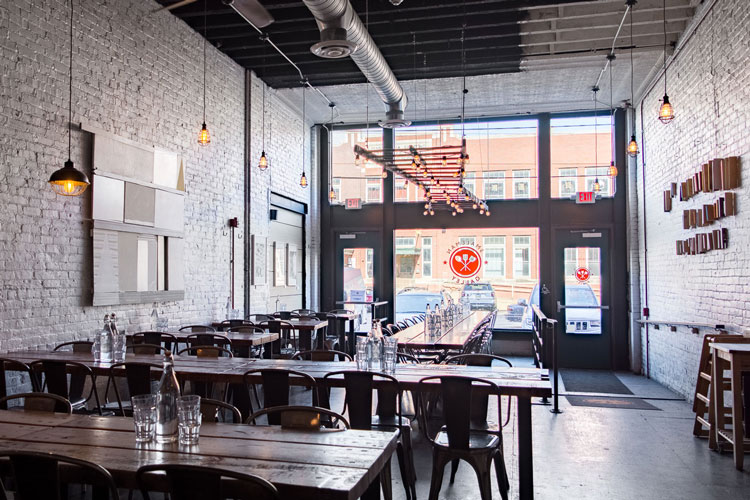 The Strip District restaurant incubator Smallman Galley is set to introduce its third class of chef/owners in June. This year there is a twist: rather than a full swap-out, two new restaurants are coming in and two from the second cohort will remain for an extended stay.

"It's supposed to be a natural rotation of concepts coming in and moving out,” says Tyler Benson, co-founder and co-CEO of Galley Group, which also includes Federal Galley on the North Side and two soon-to-open locations in Cleveland and Detroit.

Pete Tolman, the owner of the crowd-pleasing Detroit-inspired pizza joint Iron Born, signed on for another year at Smallman Galley. Hoa Le of Banhmilicious, a modern Vietnamese concept, will remain for six months. Colonia and brunoise will end their year-long runs as the new chefs rotate into the incubator.

The two new chef/owners are Joey Hilty, proprietor of The Vandal in Lawrenceville, and Phil Milton, who most recently was sous chef at fl.2 in the Fairmont Hotel Downtown.

Hilty’s inclusion marks the first time someone who currently owns and operates an established business will open a new concept at the restaurant incubator.

Ben Mantica, Galley Group’s other co-founder/co-CEO, says that the majority of applicants to the forthcoming Cleveland and Detroit locations already own restaurants. "They want to start a second concept without going deep into debt. That was a lightbulb for us,” he says.

The owners say that the mission of Smallman Galley hasn’t changed — its primary objective is as a launchpad for new concepts — but that ownership experience shouldn’t preclude a spot at the galley. In fact, that experience can work as an advantage for both the owners and other chefs in the space. "We're trying to expand the effectiveness of the incubator aspect of the program, which essentially is taking a new concept and getting it to market. By having one or two people who have owned a restaurant before, it gives us a bigger spread of knowledge that could be shared,” says Benson. 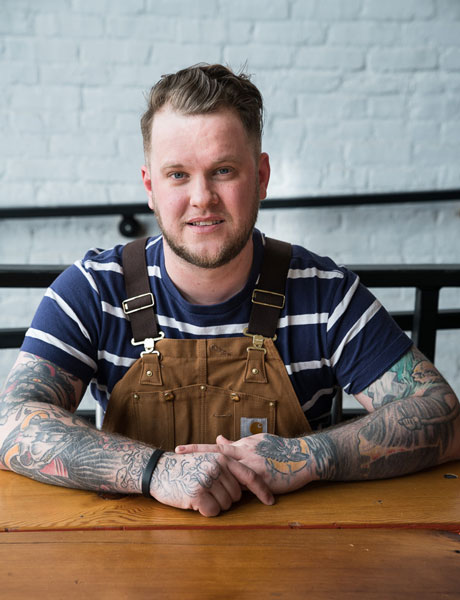 Joey Hilty says that he “wants to take the idea of casual dining and add a progressive twist,” with his Smallman Galley restaurant.

For Hilty, that means drawing inspiration from the modern European café while keeping the menu rooted in Pittsburgh. For example, he’ll serve a steak tartare sandwich with sauce gribiche and capers in a Five Points Artisan Bakeshop baguette. When the weather gets warmer, look for fritto misto of seasonal vegetables, a tomato tartine with corn and fresh herbs and, he says, “I want to play with the idea of what a salad can be.” Another possibility is shawarma, cooked on a vertical rotisserie, for which Hilty would tap into one of the region’s best resources — Jamison Farm lamb.

Hilty already is a familiar face to Pittsburgh diners, having opened The Vandal in Lawrenceville in 2015. However, aside from influencing earlier menus with the inclusion of items such as a chicken sandwich and (one of Pittsburgh’s best) hamburgers, the Vandal’s kitchen is in the hands of Executive Chef Csilla Thackray. Hilty is looking to Smallman Galley as an opportunity to stretch his culinary curiosity.

“They opened a little before we did and I’ve [always] been fascinated by the concept. It’s a great niche, and it’s the perfect place to do something like this. I like the idea of being able to be creative without the overhead of starting a whole new venture,” he says.

Hilty plans to embrace the incubator idea by changing his menu at Joey’s with higher frequency than most of the previous chef/owners at Smallman Galley. “This gives me a chance to play. I’m still a point in my career where I’m looking to see what this market wants, what I’m capable of doing and how can I get people to try new things. Where does that line exist?” he says.

Things at The Vandal, meanwhile, continue to blossom with Thackray at the helm. Her expanded dinner menu is a sleeper hit, and a new patio area and a liquor license in the forthcoming months are sure to make the space even more of a draw. 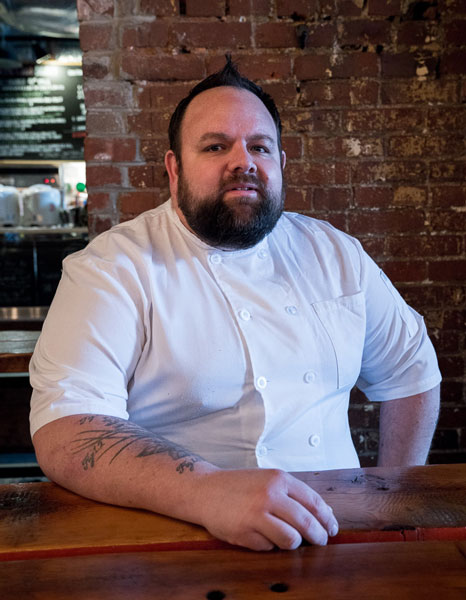 Phillip Milton will open Home with his wife, Melanie, who will run the restaurant's front-of-house and social media. He says his vision for Home is a refined, modern take on comfort food classics.

In Pittsburgh, Milton served as executive chef of Social House Seven and sous chef of fl.2 Downtown, but that’s just the cap of a long culinary journey. He grew up in Michigan, left to attend the Scottsdale Culinary Institute and then returned to Michigan to cook in private country clubs and fine dining restaurants.

Milton took a three-year break from cooking following the terrorist attacks of Sept. 11, enlisting in the United States Army and serving a 14-month deployment in Afghanistan. “After that,” he says, “I lived so many places I have to get my timeline straight.”

There were gigs in Hawaii and Florida, where he worked as a chef for the Tommy Bahama company. That organization transferred him to its flagship location in NYC, where he also worked at New York Athletic Club. Down the line, he was recruited to a sous chef position at Borgata Hotel in Atlantic City. Then, in classic Pittsburgh fashion, it was his wife Melanie’s desire to return home to be closer to her family that spurred the move here in 2016.

Social media and social connections drew the Miltons to Smallman Galley. “I was following Ryan Peters career in Florida through social media. When he announced he was moving to Pittsburgh to open brunoise, I thought “wow that was a cool concept,’” he says.

The opening menu is pretty set. “Fish Sticks” will use Lake Erie walleye, cut into “fingers” and crusted with pecans, served with pickled vegetables and house-made tartar sauce. “Cheese in Crackers” features cheese curds breaded in a cracker crust and “Meat and Potatoes” is braised beef short rib ragu with parmesan gnocchi. “Once we get open and see how the flow works, will take it from there,” says Milton.

One idea they're toying with: a TV dinner of the week featuring a full meal with a modern twist served in the iconic multi-sectional, vacuum-sealed tray. “We want to create the nostalgic memories of people growing up and eating good food,” says Melanie Milton.